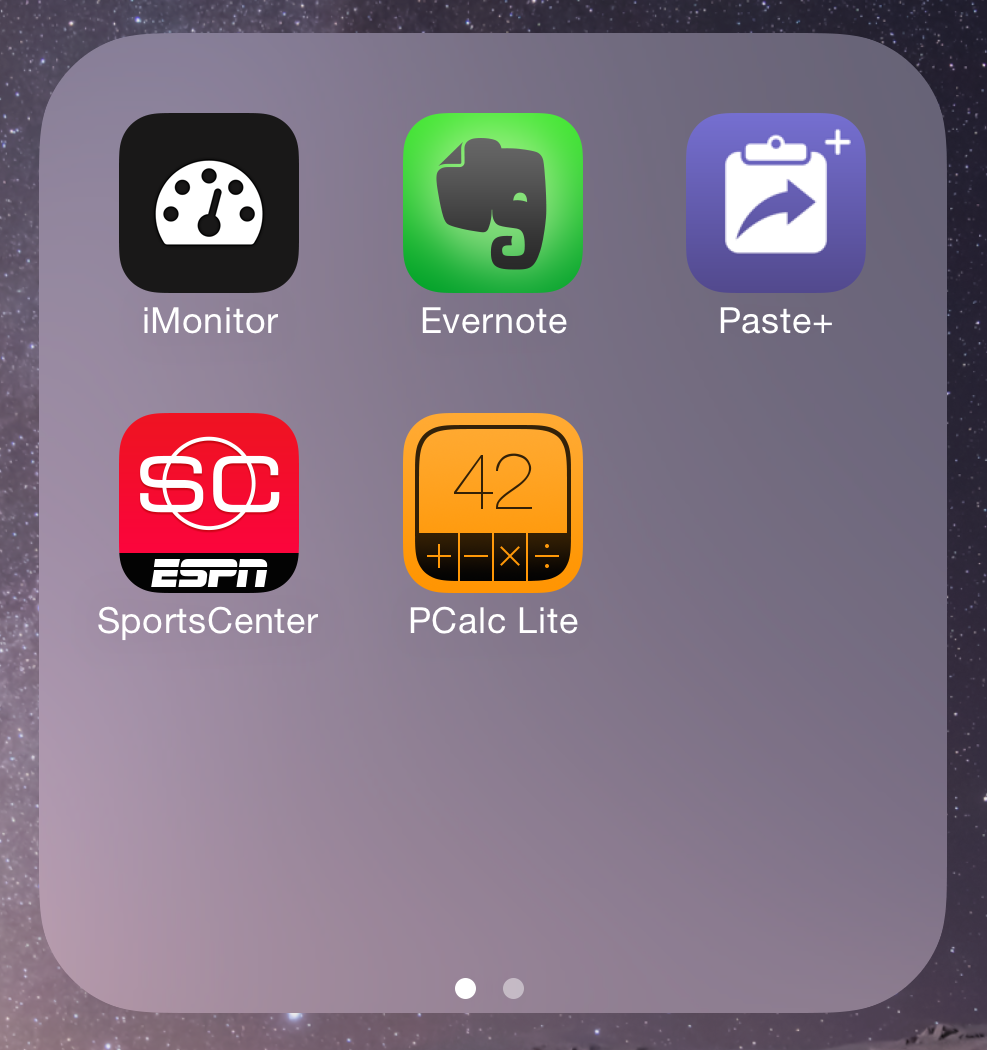 Now that iOS has finally adopted third-party widgets, many developers have been scrambling to update their apps to include them. While I think that widgets can be useful, I find that a lot of the widgets released so far have been somewhat unnecessary, or at best, poorly implemented.

But that’s not to say that the idea or concept of a widget is necessarily a bad thing. Indeed, widgets can be a very good thing if implemented properly.

That just happens to be the case with the following five widgets that I discuss in this post. Check inside for a video overview of five of my favorite iOS 8 Notification Center widgets.

iMonitor is a tool that allows you to monitor the vital stats of your iPhone. You can monitor the amount of free memory, CPU usage, upload and download bandwidth, and storage space.

Besides the stats, which are useful for providing some visibility into the status of your iPhone, the look of the widget goes perfectly with Notification Center. To me, that’s one of the most important aspects of iMonitor—its look. It looks good, and isn’t overly distracting.

Everyone knows that Evernote is my favorite productivity service/app of all time, but with iOS 8 it just keeps getting better. Not only do we have an awesome extension for Evernote, as brought out in a post discussing my five favorite iOS 8 extensions, but now it has a widget as well.

Evernote’s widget is extremely useful, because it allows you to invoke the creation of specific types of notes with the press of a button. If you’ve ever fumbled around with your iPhone in search of the Evernote app when you needed to quickly jot something down, the Evernote widget is the solution to your problems.

Paste+ is a widget that lets you execute action from the data residing on your iPhone’s pasteboard. For example, I can copy text from Safari and tap a button on the Paste+ widget to send that text directly to Evernote in a single action. It’s a powerful and customizable tool with tons of different actions.

I think this is what nearly everyone had in mind when they thought about widgets finally making their way to iOS. In fact, the SportsCenter widget was one of the flagship widgets shown off when Apple unveiled iOS 8 at WWDC.

After a brief delay, the SportsCenter widget is finally available to the masses. It’s nothing groundbreaking, and it’s a little light on features and customization, but if you’re a sports fan, it’s still a must have.

The full version of PCalc is a cult favorite among many who calculate things on a regular basis. If you’re not a diehard PCalc fan, however, you should definitely give the Lite version a go.

Generously, the developer of PCalc included an iOS 8 widget in the free version of the app. From my hands-on experience with the PCalc Lite widget, it’ll be more than enough to meet the needs of most casual users.

If you explore the App Store long enough, you’ll stumble upon tons of apps that all feature their own iOS 8 Notification Center widget. From my experience, most of these widgets, as stated, are average at best. But I’m confident that you’ll find the five widgets listed in this overview to be functional, fun, and easy on the eyes.

What do you think about widgets in iOS 8? Have you found a place for them in your workflow? Are there any that you recommend that others try? Let us know down below in the comment section.