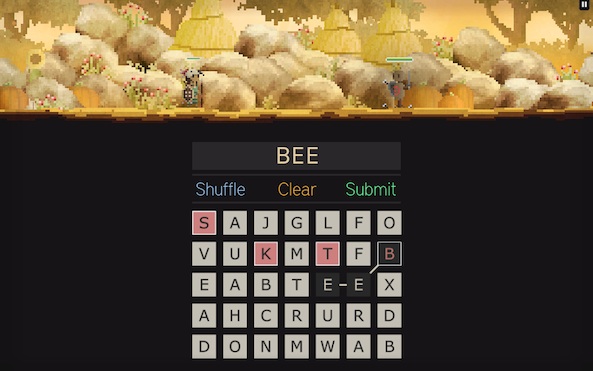 Two of the things I like about a fantasy role-playing games (RPG) are looting and killing. Those are basically the best parts. Some games have even condensed their mechanics down to just those two features. What if there were a game that let you loot and kill, but you had to spell words in order to do so?

Words for Evil is just that. This iPad game combines the battle tactics of a good old-fashioned RPG with Boggle-style word finding mechanics. Find words to attack your enemy. If you are too slow, you’ll spell your own death.

To begin, players select party members to head out on a typical RPG adventure. The game starts with two available characters. You will be able to unlock new ones as you play. You will also be able to select more than one party member to help increase your skill abilities. 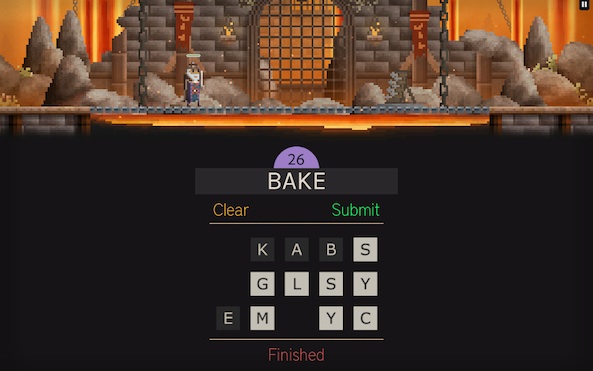 In this game, players go head-to-head against a computer-generated foe. When it comes time to fight, a board with a grid of 35 tiles in a 5 X 7 layout will appear. You must find words using adjacent letters in the grid in order to attack. The more letters you use, the harder the attack will be. 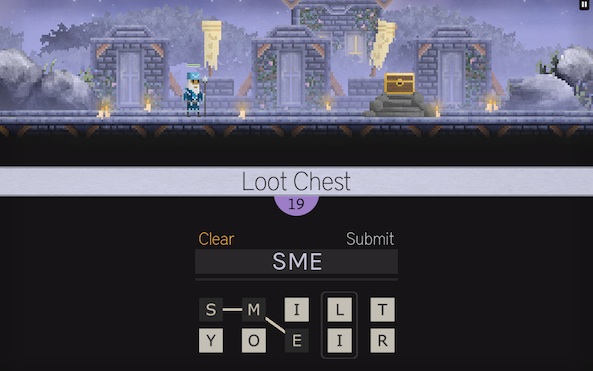 You’ll come across gold chests that you can loot by finding specific five-letter words using only 10 available letters. Devious traps require players to clear a board of 15 letters by spelling as many words as possible (letters don’t have to be adjacent).

Gold can be used in the shop to purchase things like healing potions and mana. These are all items typical of an RPG, but strange when combined with a word game. When you reach a fountain, your party will regain full health and you will have the opportunity to upgrade your characters using the skill points you’ve earned during the battles.

As you can see, the game is both an RPG and a word game combined, but at the same time, it is neither. Words for Evil is available on the iPad for $1.99. Download it in the App Store today.

What do you think of Words for Evil? Let us know in the comments below.