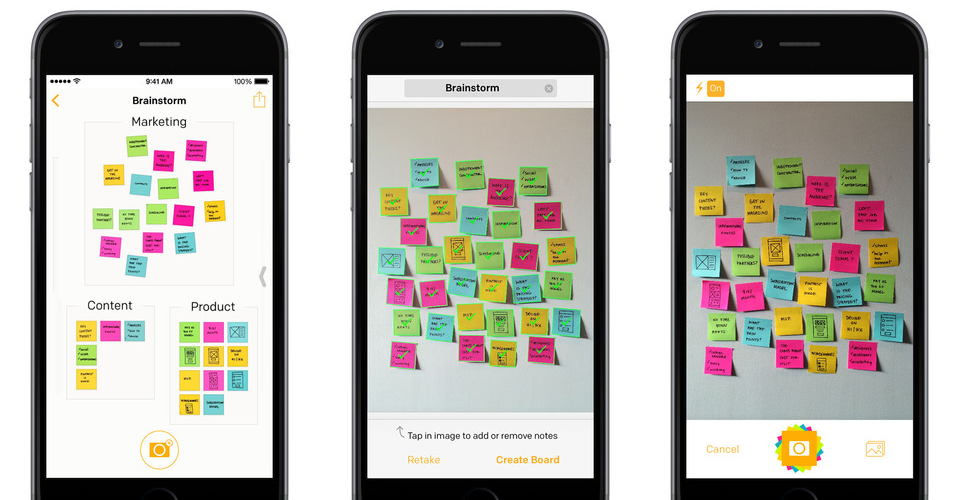 3M Company made a fortune with its popular Post-it series of trademark yellow paper notes that attach to documents and other surfaces. Now, there’s an app for that.

Released Friday, Post-it Plus for the iPhone and iPad makes it easy to convert the physical square notes into their digital representation by scanning them using your iOS device’s camera.

Once in your iPhone, digital notes can be organized, arranged into groups, shared with everyone and accessed in other apps like PowerPoint, Excel, Dropbox and plenty more using the “Open In…” option.

You’d be forgiven for wondering why use a third-party app when Apple preloads every iPhone, iPod touch and iPad with its own stock Notes application.

But if you use Post-it notes for work or personal organization, chances are you have a bunch of yellow things lying around from your brainstorming seasons with your colleagues.

Instead of painstakingly typing each note into your favorite app, Post-it Plus simplifies the process by letting you capture a wall of up to fifty Post-it notes in various sizes at a time with a touch of a button.

Here, check it out in action.

My only complaints is the fact that the app does not use optical character recognition to turn your handwriting into plain text so you basically end up with images of the physical sticky notes. 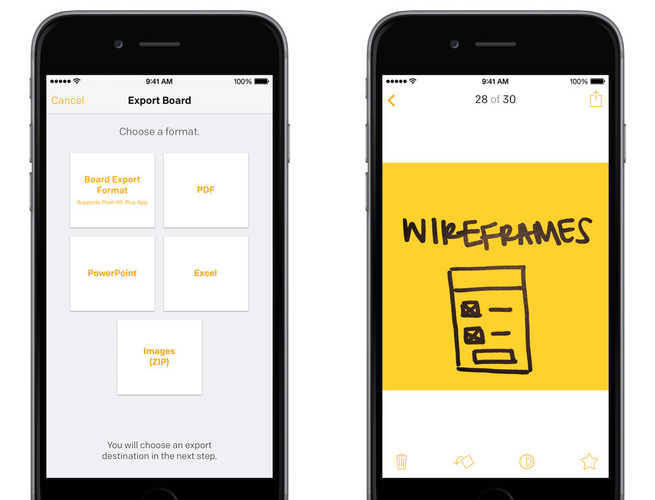 On the other hand, the app integrates with Evernote so if you connect your account to Post-it Plus and import scanned notes into Evernote, you can take advantage of Evernote’s optical character recognition to make your handwritten notes searchable.

The 24.3-megabyte universal app is free in the App Store. An iPhone, iPod touch or iPad running iOS 8.0 or later is required.