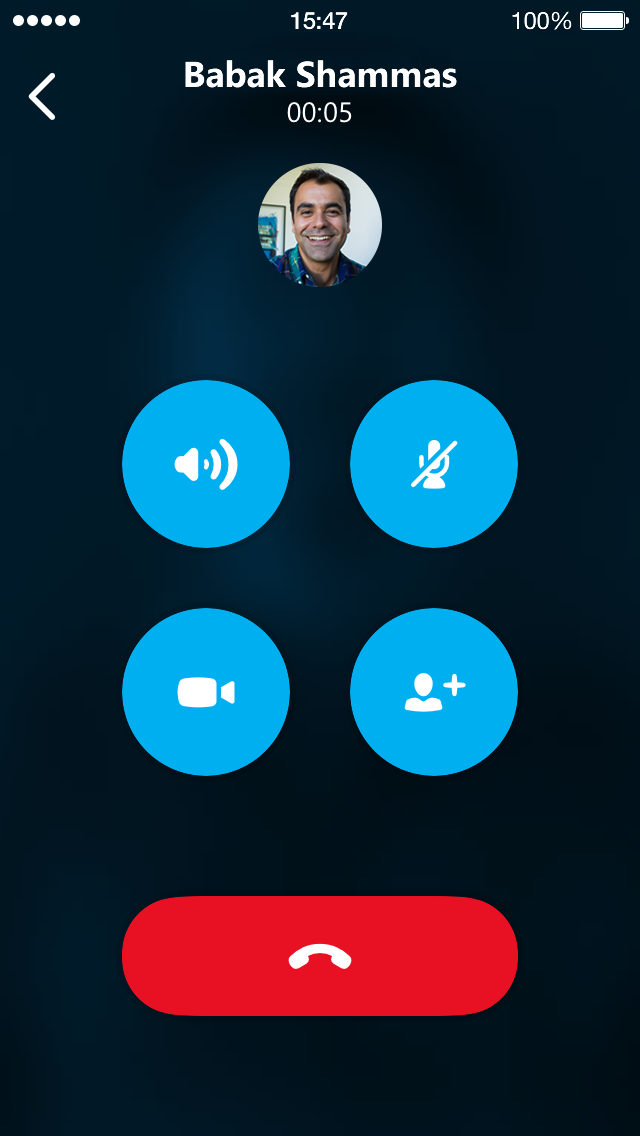 Software giant Microsoft, which owns and runs the Skype service, will unleash an update next month that will optimize the popular VoIP platform for the bigger 4.7-inch screen on the iPhone 6 and the iPhone 6 Plus‘s 5.5-inch display, according to a Skype spokesperson Tuesday.

“We’re currently working on an update to Skype for iPhone that scales for iPhone 6 and 6 Plus screen sizes, which we plan to release in the next month,” said Skype.

The company wouldn’t reveal if the new version will take full advantage of the larger canvas or simply blow up the user interface on 4.7 and 5.5-inch iPhone 6 devices.

Skype should also put some thought into its iPad app which has yet to be remastered for the new Windows Phone-like look and navigation.

Skype for iPhone got updated with that interface back in June and has since been picking up missing features on a regular basis, stuff like voice messaging and contact profiles, group audio calling with up to four participants and support for iOS 8′s interactive notifications.

Skype’s Interactive Notifications on iOS 8 can be seen in action on the screenshots below. 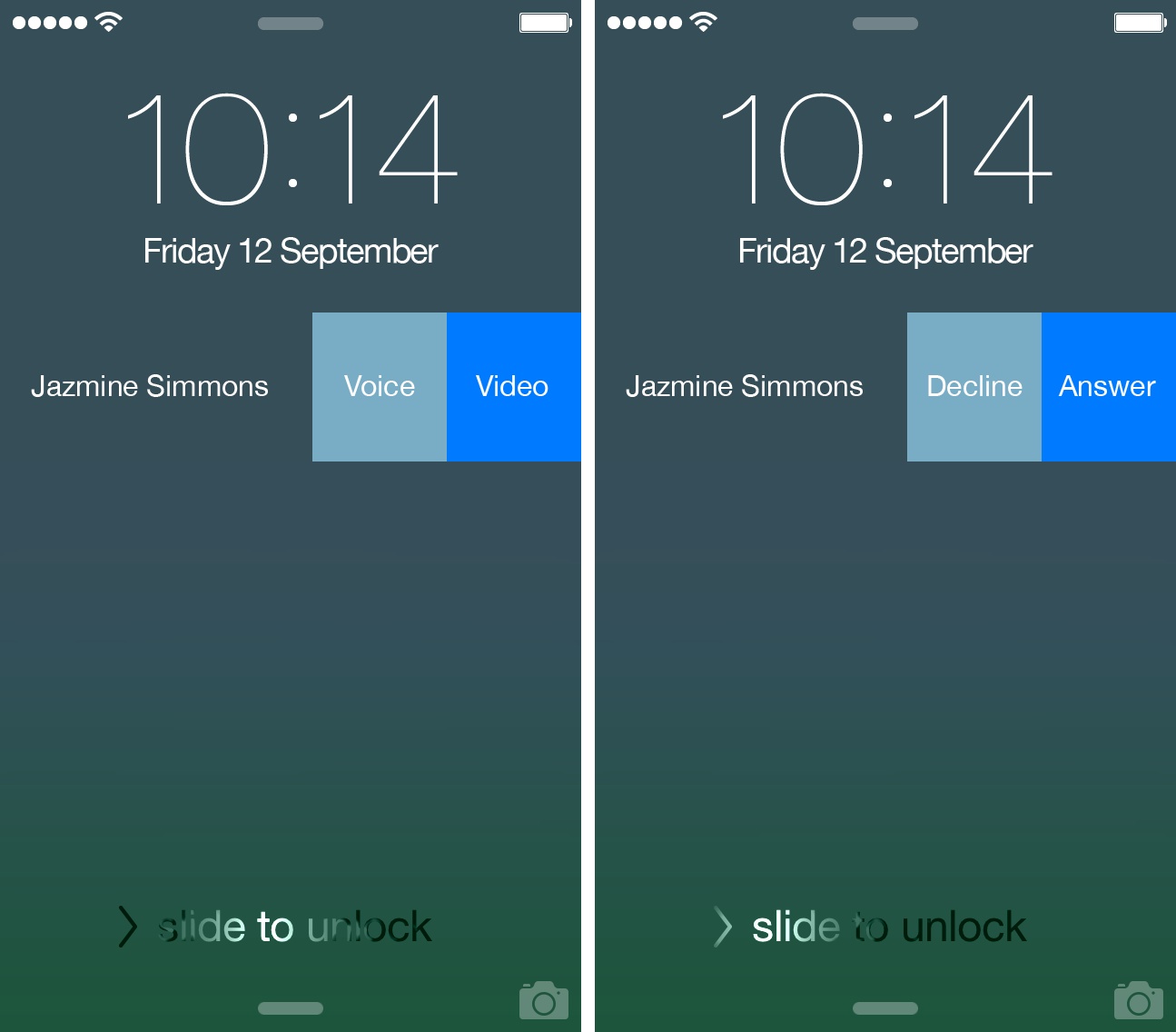 Taking advantage of extensions in iOS 8, the app allows you to answer voice and videos calls as well as jump right to text conversations to reply all from the Lock screen and Notification Center. 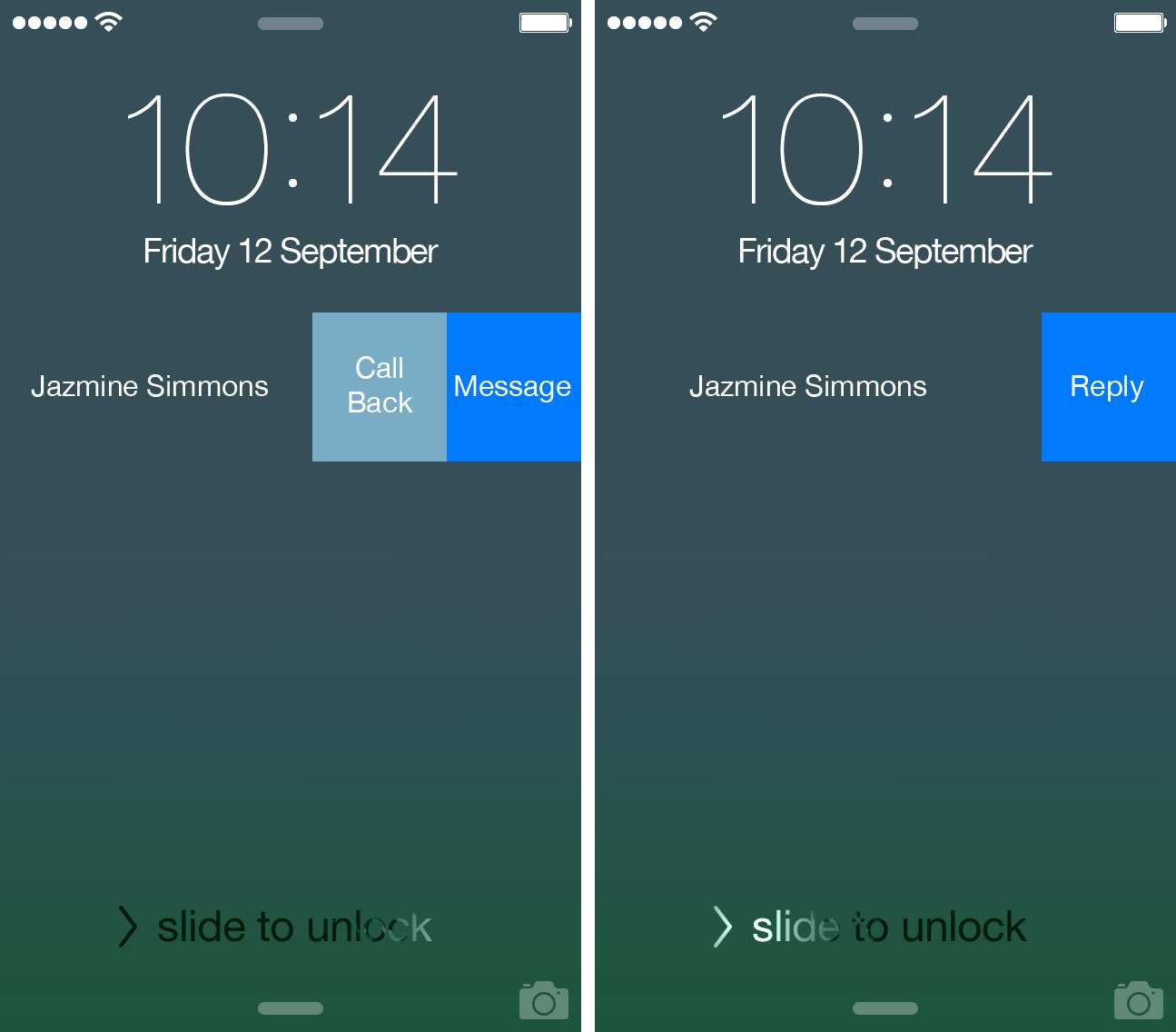 As the screenshots attest, you can choose to answer with voice or video for incoming calls. For missed calls you can return the call or send a message. As for incoming messages, the app lets you jump right to the text box to reply. 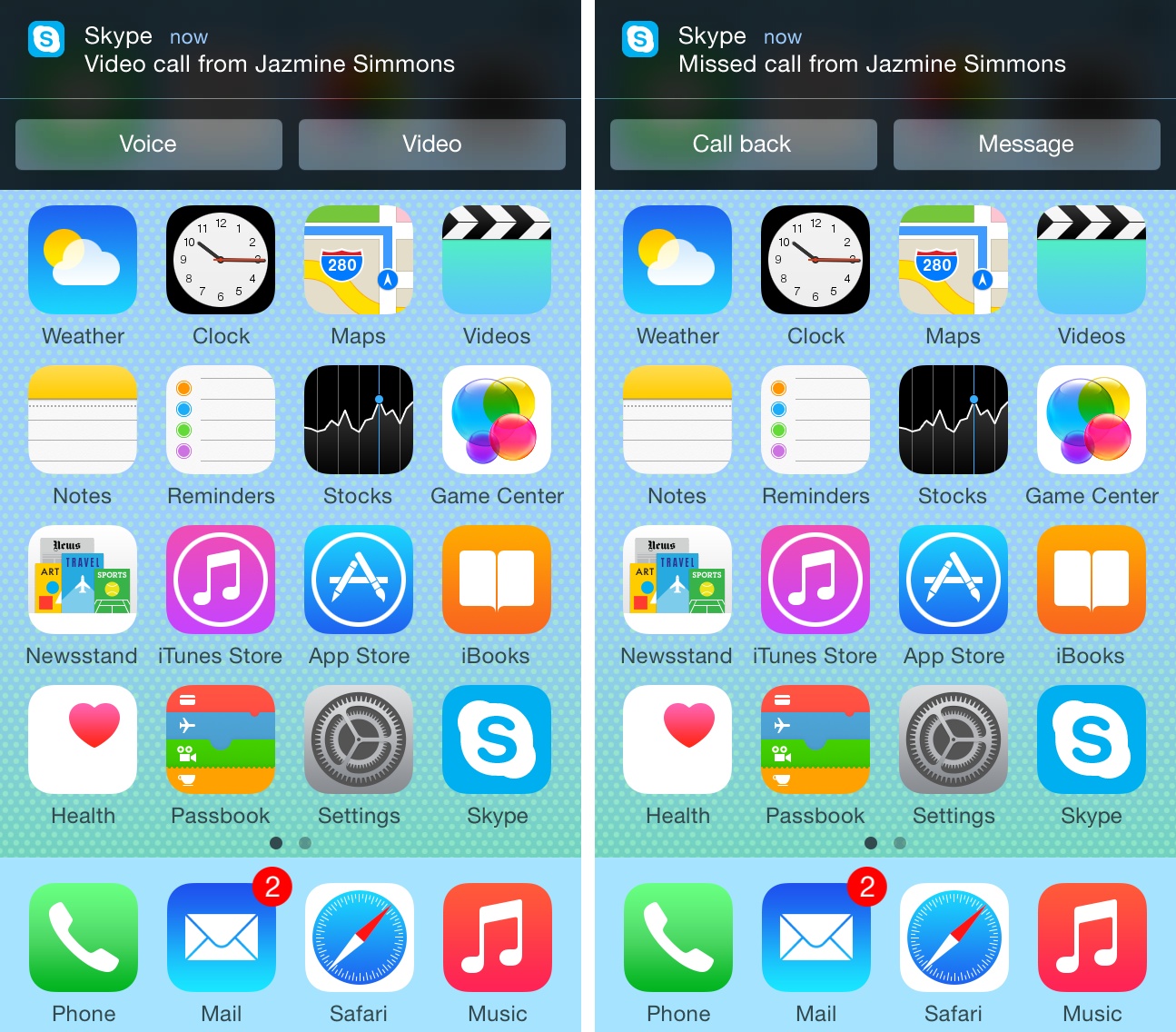 According to the Skype blog, the team will take advantage of many of the other new integrations offered in iOS 8 “in coming releases”. 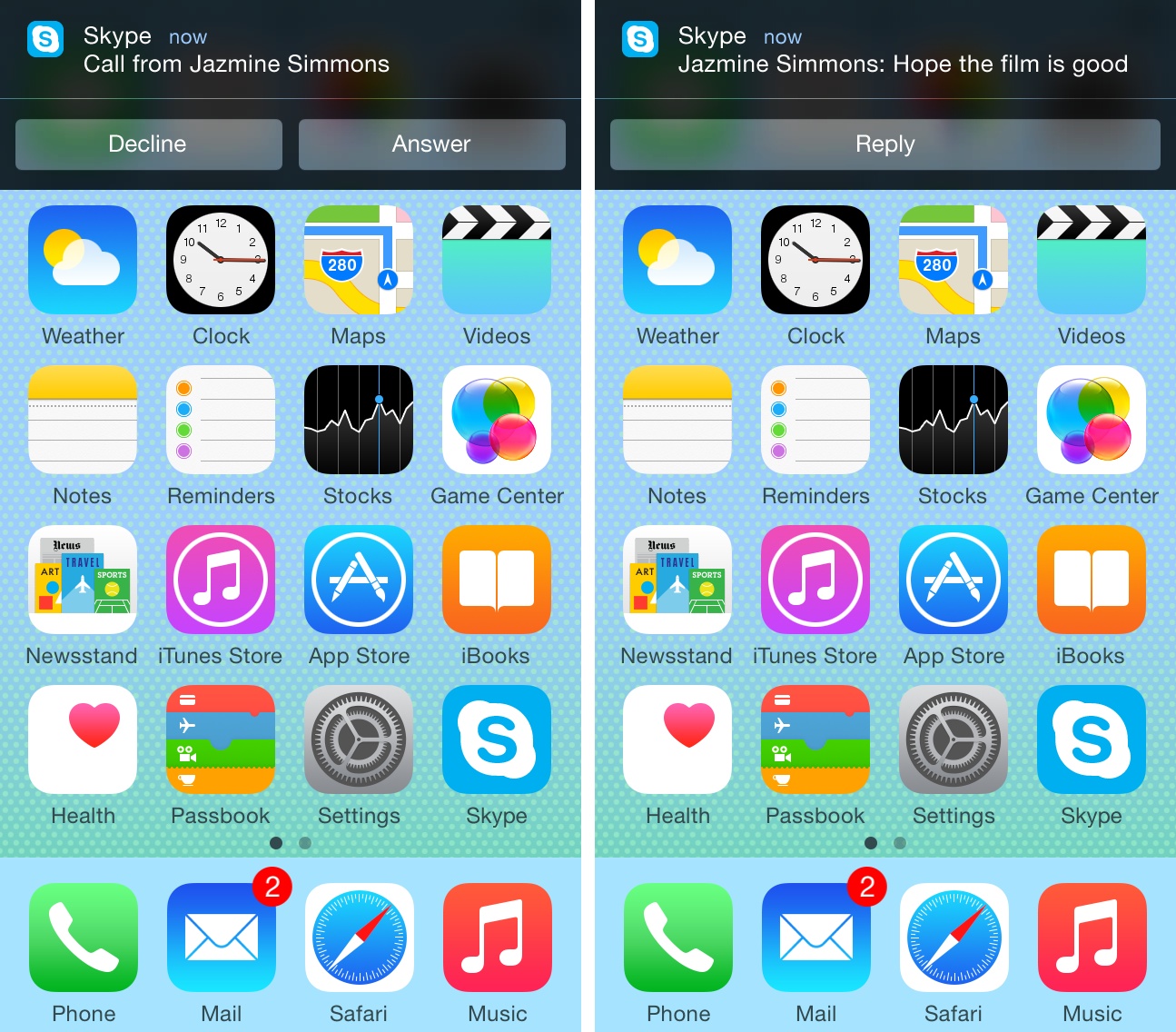 Skype 5.5 for iPhone is available free and requires iOS 7.0 or later.