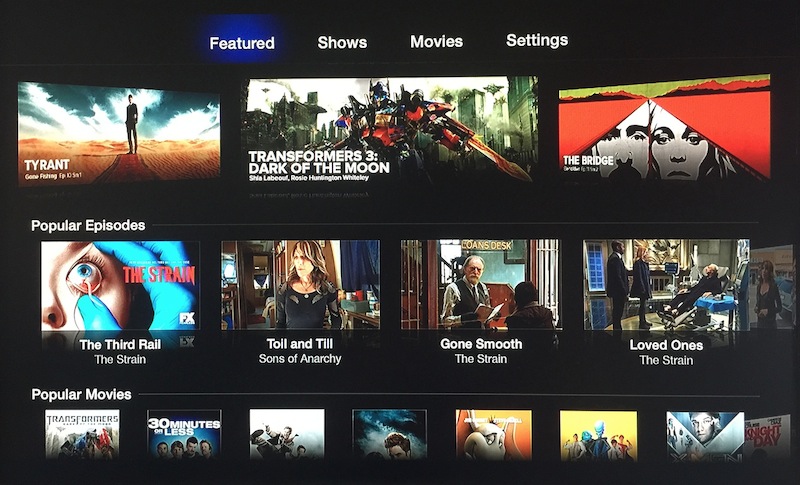 Though the channel does offer a variety of content from the FX, FXX and FXM networks, including episodes of The Strain and Sons of Anarchy, the rumored Simpsons archive is nowhere to be found in today’s release of the FXNOW Apple TV channel.

For what it’s worth, our own Cody Lee has been able to access FXNOW on his Apple TV from Canada since August.

Note that FXNOW won’t stream on-demand content to your Apple TV unless you authenticate it with your cable subscription, if any. Supported cable services include AT&T U-Verse, Bright House, Comcast Xfinity, Cox, Time Warner Cable and a variety of smaller cable providers.

In terms of functionality, the channel is quite similar — if not identical — to the free FXNow app for the iPhone and iPad which offers on-demand streaming of video content from the FX, FXX and FXM television networks, all of which are owned by the Fox Entertainment Group.

TV writer Jason Lynch tweeted out in July that the FXNOW channel would be arriving on the Apple TV, the Roku and other media-streaming devise “within the next 12 months,” featuring 552 episodes of The Simpsons branded Simpsons World. 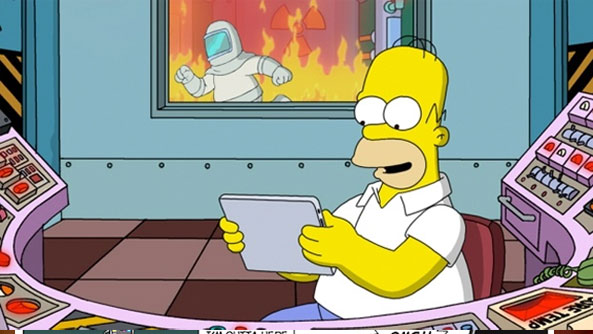 As things stand now, the Simpsons content should be enabled across the Apple TV and the FXNOW iOS app in October. iLounge reported that the show’s 550+ episodes will be “infinitely cross-referenced and sortable in various ways”.

Other reports have indicated that the FXNOW channel would be able to create playlists of episodes and share their favorite Simpsons scenes and clips with friends.