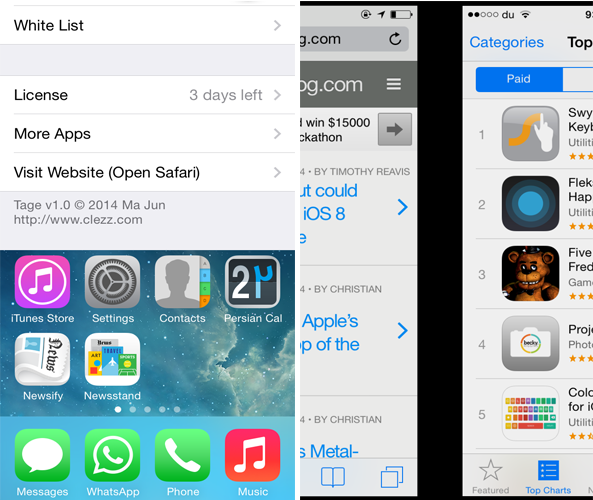 Zephyr was one of the most popular multitasking tweak for iOS 6, however it hasn’t been updated yet for iOS 7. If you miss the tweak, you should definitely check out an alternative to it known as Tage.

But it doesn’t end here. The tweak also adds a new functionality to the App Switcher. You can swipe down the Home screen preview card in the App Switcher to either switch off, reboot, respring or lock your device or even take it into safe mode. On the other hand, swiping down an app preview card allows you to quit all the apps running in the background. 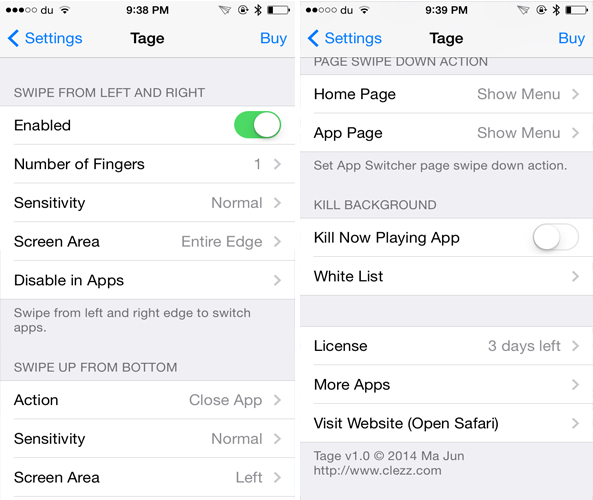 You’ll also find tons of configuration from the tweak’s preference pane in the stock Settings app. From there, you’ll have the option to enable or disable each of the features of the tweak, select the associated screen area for each, choose the applications where you don’t want a specific swipe gesture to work as well as adjust the sensitivity of the tweak.

If you’ve been looking for an alternative to the classic Zephyr tweak, you should definitely consider giving this tweak a try. Not only does it offer the same features as Zephyr but comes packed with new functionality as well.

Tage provides a 3-days trial for users to test it, but the full-time license costs $1.99, which in my opinion is worth it considering all the features that it offers. You can get Tage from Cydia’s BigBoss repository and it supports iPhone, iPad and iPod Touch running iOS 7.x and iOS 7.1.x