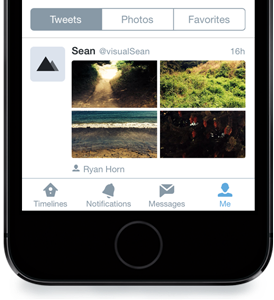 Twitter, the popular micro-blogging service, is rolling out a brand new profile experience on Twitter for iPhone, in addition to another cool new feature — support for interactive notifications for incoming tweets on iOS 8 devices — the startup announced in a blog post Thursday.

While the new profiles will be available for everyone using iOS 7 or above, the ability to interact with alerts on the Lock and Home screen is not because this capability is part of the great new features available only in iOS 8.

Twitter’s interactive notifications on iOS 8 allow you to retweet, favorite, follow and more.

You can interact with incoming alerts by swiping down on the banner anywhere on your iPhone, or directly on the Lock screen — if you have iOS 8, of course.

My only gripe with this feature is the fact that these interactions are actually simple shortcuts to a tweet or a profile inside the Twitter app so you can’t really reply to a tweet from the notification without being taken to the reply screen in Twitter for iPhone.

Here’s a look at interactive notifications in Twitter, via MacStories editor Federico Viticci. 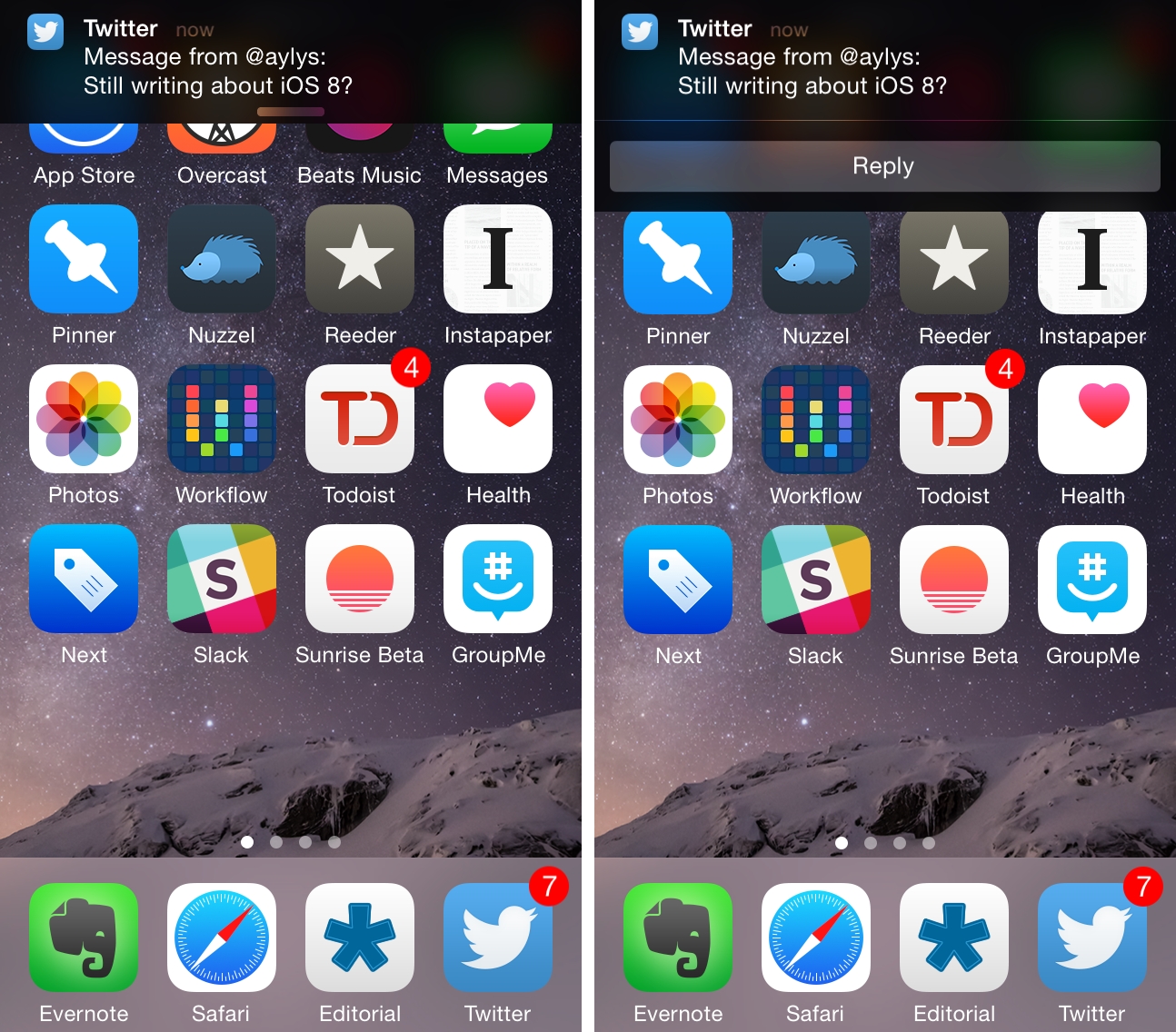 As for Twitter’s “biggest update to profiles to date”, the changes the team has made mostly focus on your bio, tweets and photos, as seen below. I must admit I’m really liking the new-look profiles. Not only is the new design much easier on the eyes on a tiny smartphone screen, I also get to see more of what matters to me about a person when I’m checking out their bio page.

Previously, you had to swipe on the profile page to access stuff like the timelines for Tweets, photos and favorites, but not anymore. Here, check out the Twitter-provided animated GIF below which highlights some of the marque new features of its revamped profiles.

The new buttons for tweets, favorites and photos on a person’s profile page are really helpful, especially combined with an endlessly scrolling feed in each section.

”Featuring a fresh design, the updated profiles focus on your bio, Tweets and photos, making it easy for you to get a glimpse into the people you care about on Twitter,” wrote the firm.

It wasn’t unfortunately immediately clear when these cool new features might trickle down to Twitter for iPad.

Twitter has been testing a Buy button in tweets (not to be confused with the #AmazonCart functionality) and ‘Promoted Video’ advertisements in timelines for months now. And just recently, the startup has implemented support for animated GIFs on both Twitter.com and in the iOS apps.

Twitter for iPhone is available free in the App Store.