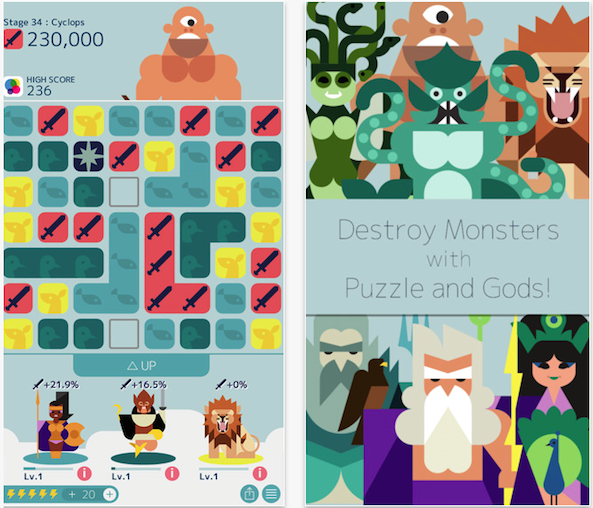 Match-three games have come a long way since the days of Bejeweled. Now, matching objects can yield all manner of fun. Take Tsum-Tsum, for example. Objects actually move around on the screen completely altering your ability to match them.

MUJO is another match-three game that is unique in what it has to offer. Sure, you’ll be matching up a series of tiles with similar icons, but if you match the patterns correctly, you’ll make the gods stronger and destroy your enemy all at the same time.

The game uses characters based on Greek Mythology, like Perseus and Bellerophon. Players choose three gods to help them in battle against the likes of Cyclops and Medusa. 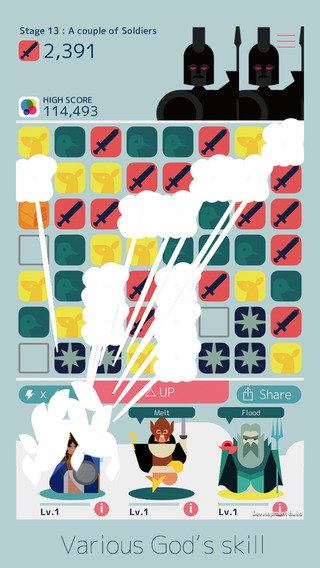 The board consists of a seven-by-eight tile grid with items like fish, horses, birds, and swords. The goal is to kill the enemy at the top of the screen by matching as many swords as possible. Not entirely unlike “Threes!,” users can combine multiple swords into one tile in order to “stack” them.

The more tiles you stack, the harder you hit against the beast you are fighting. You can also combine multiple stacks into an even larger one to increase your hit power even more. 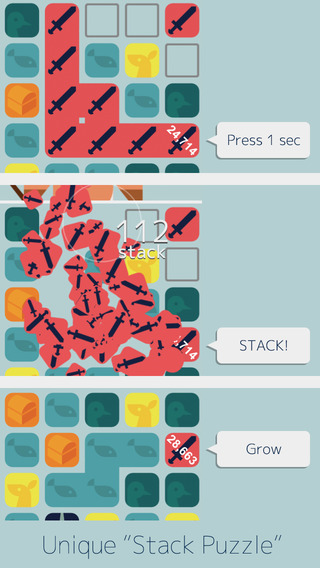 Different gods offer different special powers. You can unlock gods by matching chests on the board. You can use three of the gods during your game and each one will unleash his or her power, like rearranging the board, removing single tiles from the screen and populating it with new ones, or turning all of one type of tile into swords. Using a god’s power costs one lightning rod.

You can also use lightning rods to remove unwanted blocks that stop you from being able to make a match. The game comes with 50 lightning rods for free. If you run out, you can purchase more in the game. Five of them will regenerate over time.

The goal is to beat the enemy you are fighting. The villains in this game have different ways to be defeated. They all had a different number of hit points. Some require that you destroy them within a certain number of moves. The strategy is to figure out the best way to defeat each one.

MUJO is available on the iPhone, iPad, and iPod touch for $1.99. Download it in the App Store today.

What do you think of MUJO? Let us know in the comments below.