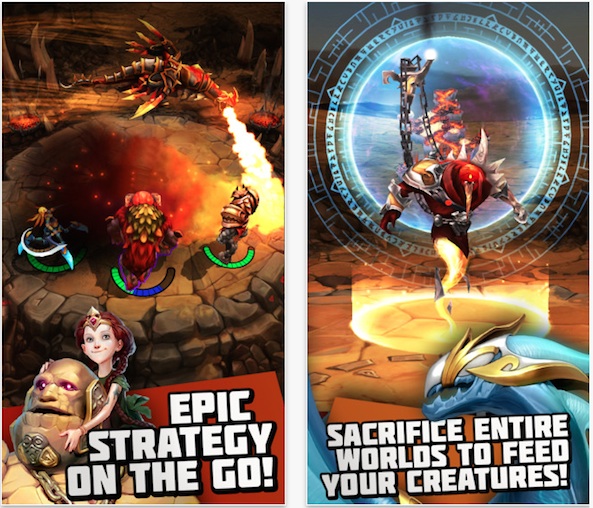 There are plenty of games out there that allow players to build cities, farm land, and battle against enemy forces. There is even a genre, called 4X (explore, expand, exploit, and exterminate), which uses similar tactics.

What if you don’t want to be contained in just a city or empire? What if you want to build a whole world, instead?

Etherlords is a battle game that allows players to fight groups of enemies, collect warriors, and rebuild a dying world using tiles that are earned in battle.

Players start off in battle against a group of opposing forces in a magical, mystical world. You will learn how to battle against your foes using special abilities. After a series of fights, players learn how to use their winnings to rebuild a dying world. 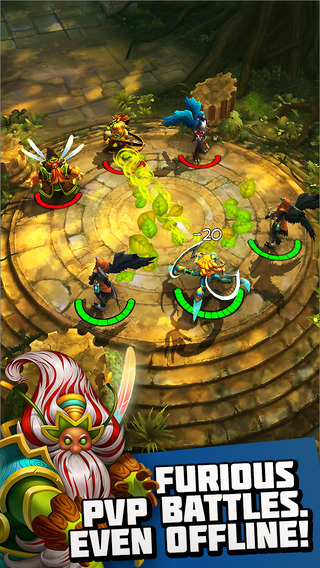 The goal is to rebuild a world that is being destroyed by other Etherlords. Players fight three-against-three in a player-versus-player style battle against artificial opponents. The success of your battle is based mostly on your characters’ statistics. However, you can use each fighter’s special attack once the energy meter has filled. When the game starts, creatures begin fighting each other automatically. After the meter fills, which takes about 10 seconds, players can tap a creature’s special attack to hit a nearby opponent, send an area-of-attack against all opponents, or heal one or more teammates. Then, the battle continues automatically until the meter is full again.

Etherlords are based on the elements of earth (Vitals), fire (Chaots), and wind (Kinets). When you win a battle, you will earn matter, which is used to create new tiles that are placed on the landscape in order to help you rebuild your world. 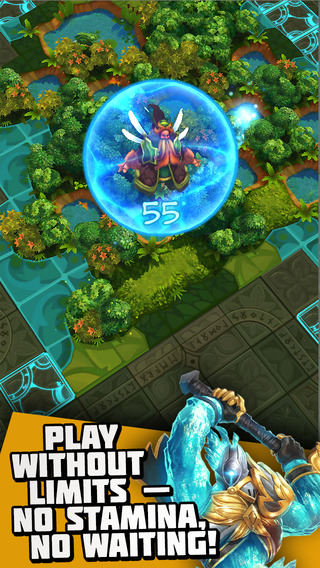 When you successfully fix a “shard,” you will earn ether, which is used to help you fuse creatures. Fusing creatures increases their stats and level. Players can combine as many creatures as they like until their fighter reaches its maximum level. To increase your stats for maximum efficiency, combine creatures of similar type. Vitals combine the best with Vitals, and so on. However, you can combine non-like creatures as well.

The game is also set up for asynchronous player-versus-player encounters against others. That means you don’t have to be online to play in a battle arena. You will take turns against each other and the final results are updated when you are back online.

Etherlords is available on the iPhone, iPad, and iPod touch for free. There are no advertisements and no timed paywall. You can purchase boosters and ether, but those are items you earn by playing the game anyway. Download it in the App Store today.

What do you think of Etherlords? Let us know in the comments below.