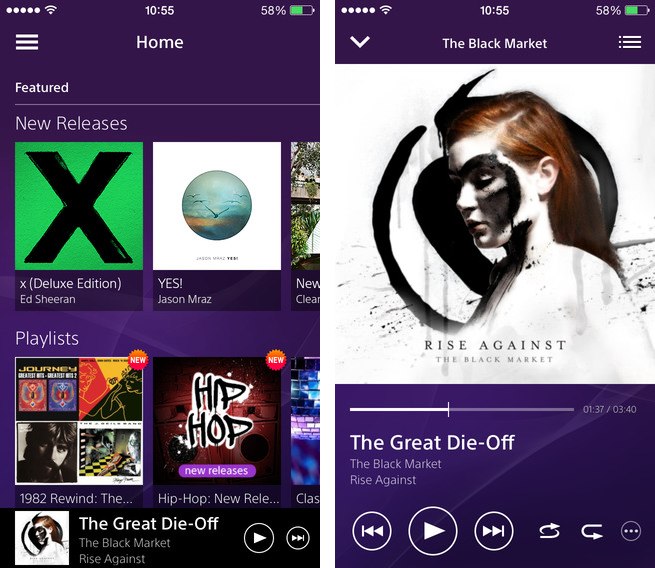 Music Unlimited, the PlayStation music app from Sony optimized for the iPhone, at last has received its long-overdue iOS 7 refresh bringing it in line with Apple’s design language for iOS.

Nearly two and a half years following its debut, the app now finally sits at version 2.0 with half a dozen new features and a fresh new look owing to the use of iOS 7 styling and a flattened Home screen icon.

If you have the PlayStation console and use the Music Unlimited service, you’re going to be appreciative not only of its crisp typography and user interface, but also of a lot faster and more reliable performance. Jump past the fold for a quick highlight of the most important new features.

For starters, I’m not sure that I’m digging the new app icon.

In case you haven’t tried out Music Unlimited yet, the free of charge service is a cross between an Internet radio and an on-demand music streaming service. For instance, you can stream music or download cherry-picked tracks to your iOS device for listening without a network connection.

In addition to enjoying human-currated playlists (you can create your own, too), Music Unlimited supports track skipping and lets you create set-and-forget music channels.

And unlike iTunes Radio and similar services, Music Unlimited is ad-free and delivers high-quality 320 kbps audio — again, free of charge.

By the way, they could have at least ensured that the device used to take official screenshots was fully charged beforehand. 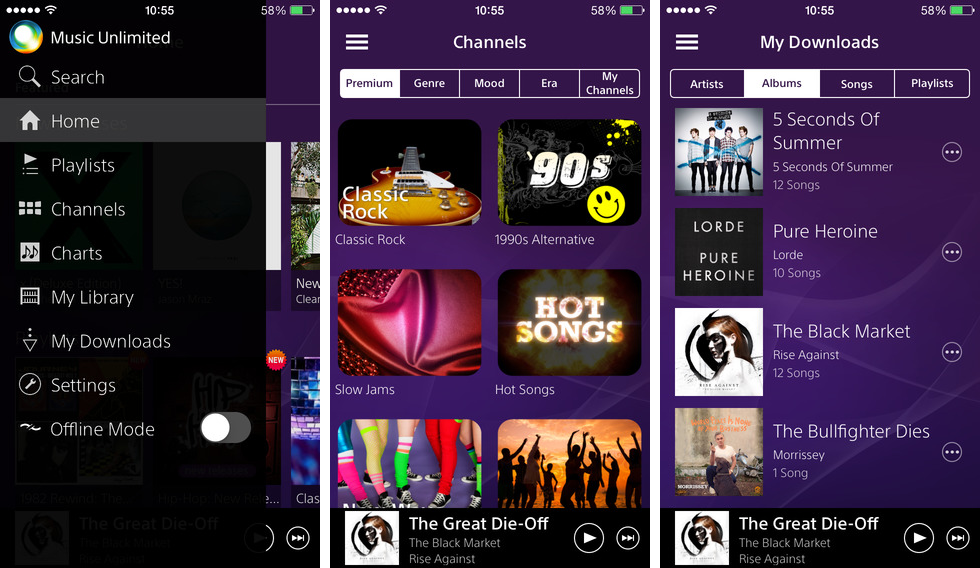 The 13.2-megabyte download supports the iPhone and iPod touch with iOS 7.0 or later, though the native iPad interface is still inexplicably missing in action.

If you’re among the few remaining holdouts who prefer owning rather than renting their music, Sony recently released a new iPhone app called Album Of The Day with daily deals on select albums from Sony artists found on iTunes.