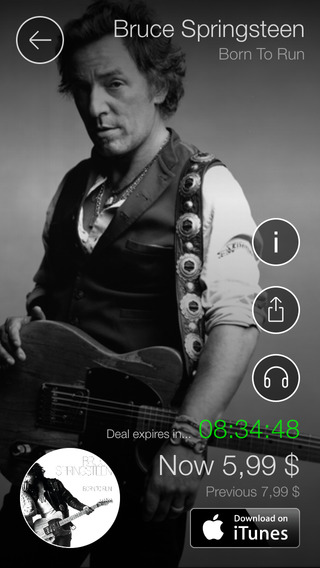 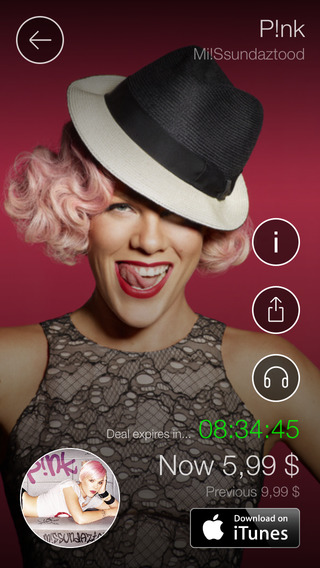 Created by Sony Music Entertainment Germany GmbH and dubbed ‘Album of the Day,’ the software is now available in key market globally as a free download from the App Store, following its soft-launch back in March in Germany.

The app offers daily deals on whole albums from the Sony label, with up to 70 percent off on popular artists…

Every 24 hours, Album of the Day offers you one album from the artists you know and love at a special limited time only promotional price.

You will need to allow the app to send you Push Notifications in order to receive timely alerts on the daily offers. At the time of this writing, the app was available in the United States, Canada, the United Kingdom, Germany, Ireland, Australia and New Zealand. 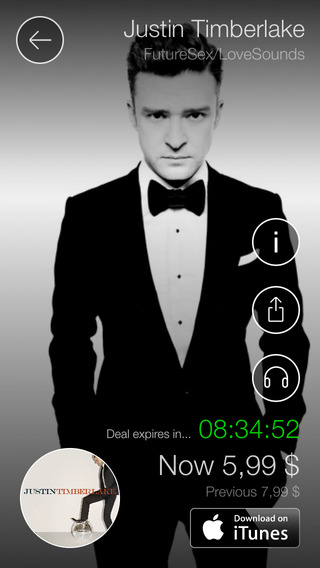 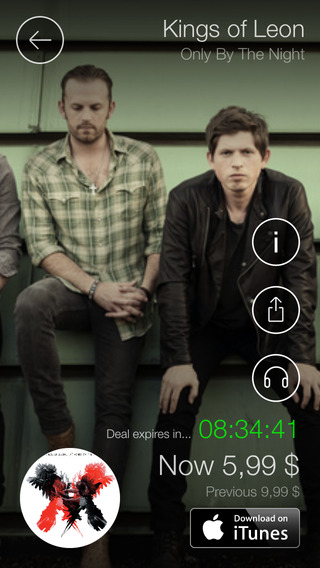 For those wondering, all discounted music is from the iTunes Store so any daily deals you buy get saved straight to your iTunes library. Deal description with pictures and track previews are included. Note that deals last for only 24 hours.

Download Album of the Day free in the App Store.

The 3.7MB download requires an iPhone or iPod touch running iOS 6.0 or later.