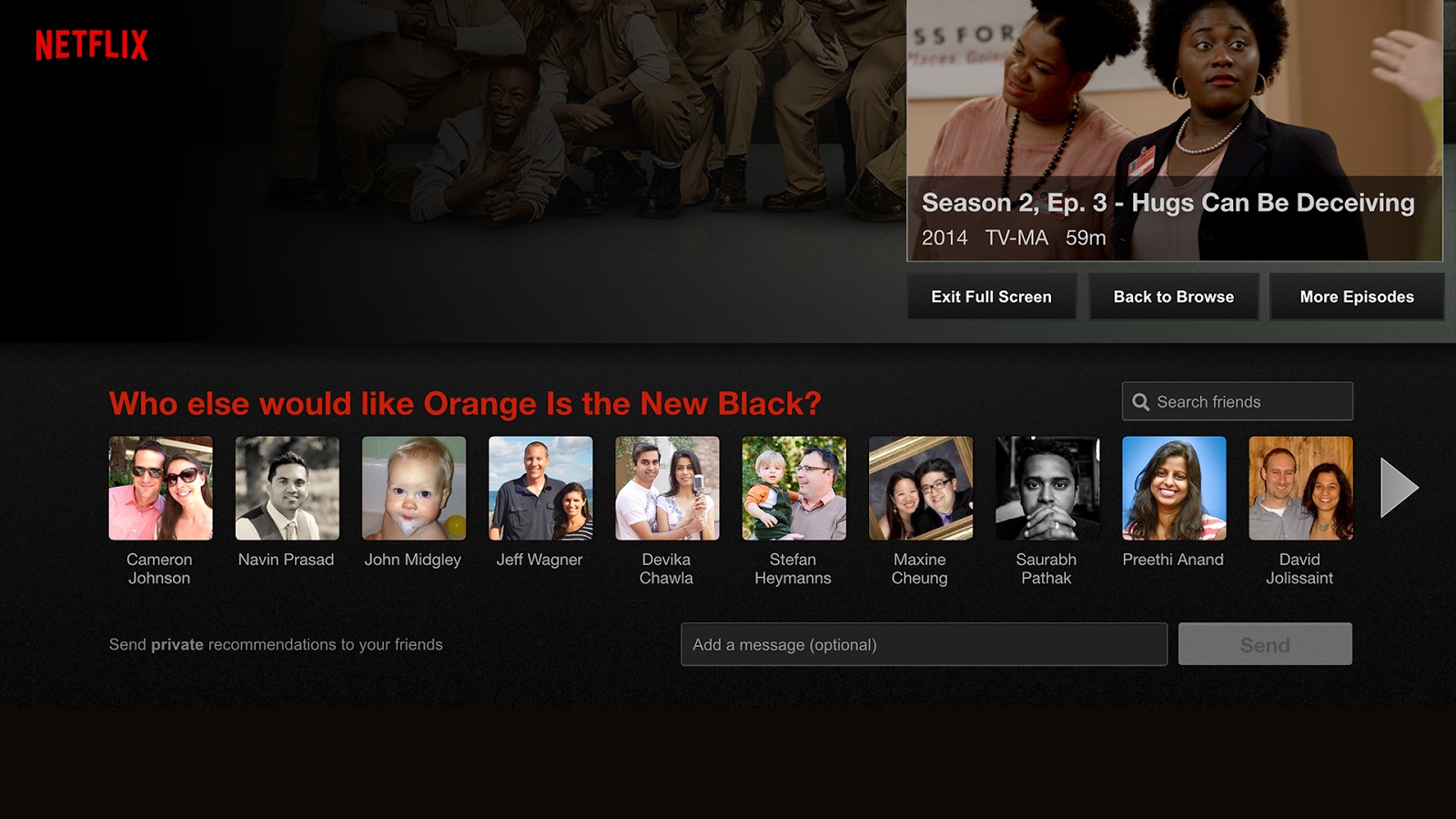 Netflix for the iPhone and iPad now allows you to privately recommend movies and television shows to a cherry-picked selection of Facebook friends who have connected their Facebook account with Netflix, but fortunately without spamming their News Feed, wrote the firm Tuesday in a post over at the official blog.

The social recommendation feature is available to Netflix users in the United States and Canada starting today.

Dubbed Netflix Recommend, it’s “another great way to discover your next favorite show,” as the popular on-demand streaming service put it.

But privacy-obssesed users needn’t worry as Netflix won’t auto-post to Facebook or share what you watch to your friends’ News Feed. That’s because Netflix Recommend has been conceived as a way to privately share items with select Facebook friends. 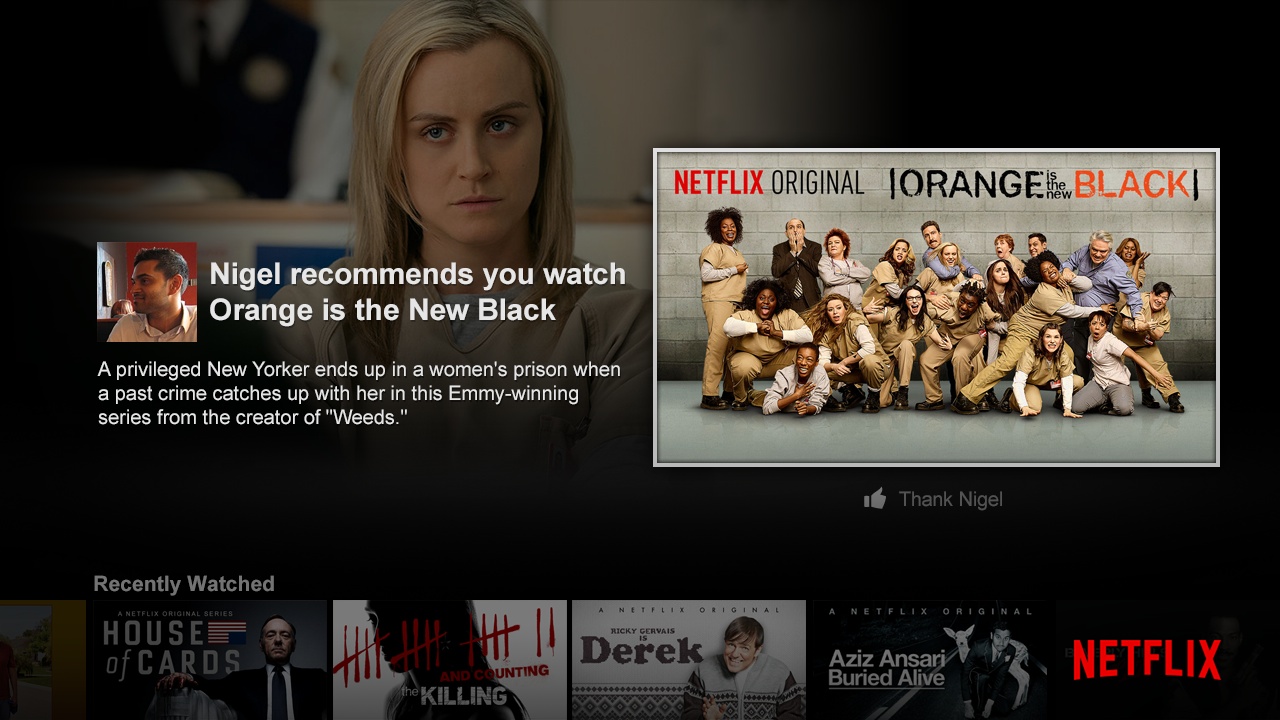 After connecting with Facebook, a brand new row of profile images of your Facebook friends will appear. Just select a few friends, add an optional message and hit the Send button to send them the recommendation.

The best thing is, your recommendation will never hit their Facebook inbox. Instead, it’ll be available the next time they log into Netflix.

“They can thank you for the recommendation, and if they watch it or add it to their list, we’ll let you know,” noted Netflix.

This, however, requires that both parties have their Netflix and Facebook connected. If not, Netflix will send your recommendation as a private message to Facebook Messenger.

Netflix Recommend is available in the web interface and through the iPad, iPhone, PlayStation 3, Xbox and many set-top boxes and smart TVs, with additional platforms getting the feature “in the coming months”.

Netflix for iOS is available free in the App Store.

What do you think of Netflix Recommend?