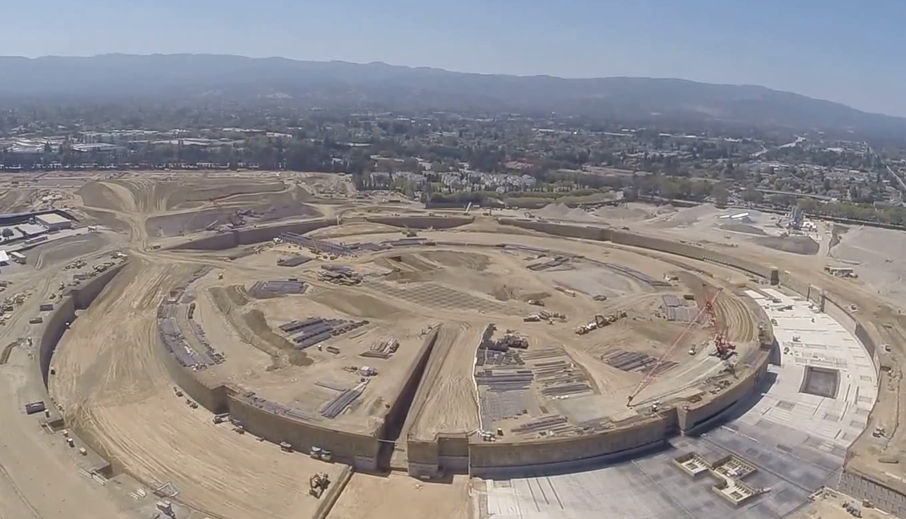 A new video surfaced last week, offering a great look at Apple’s new ‘spaceship’ campus construction site. If you’ll recall, Apple was given the green light by the Cupertino City Council last fall to start the project, and it appears that builders are already making serious headway.

Drone enthusiast ‘jmcminn’ uploaded the video to his YouTube channel, which was shot using a DJI Phantom 2 drone and a GoPro Hero. The clip is worth watching both from a technological standpoint (hello, it was shot with a consumer drone), and for the peek at Campus 2.

The author says he used a DJI ALV 5.8 Ghz video transmitter to feed video from the GoPro to his Carl Zeiss Cinemizer video goggles in real time. He also notes the quad copter remained under 400 feet, as per FAA regulation for remote aircraft, and away from airport no-fly zones.

This is just phase 1 of the Campus 2 project, which includes the construction of the round, 2.8 million square foot main building you see taking shape in the video, a 100,000 square foot fitness center, and a 120,00 square foot auditorium. Apple wants to complete the phase by 2016.