That sapphire has become the smartphone industry’s latest new buzzword can be attributed to Apple. The Cupertino company has confirmed dropping north of $500 million for the procurement of cutting-edge furnaces and other sophisticated equipment needed for its new sapphire plant, the world’s largest.

That facility is located in Mesa, Arizona and run on Apple’s behalf by a company called GT Advanced Technologies.

Moreover, GT’s scientists have created a process called Hyperion 4 Ion Implanter to help mass-produce sapphire at affordable prices. Now, it’s been rumored for months that Apple, which holds a patent for ‘Sapphire Laminates,’ will protect the iPhone 6’s screen with ultra-thin sheets made from the precious gemstone.

With sapphire’s hardness being second only to diamond, such a device would feature a virtually unbreakable screen. And with an estimated 20 percent of all broken iPhones suffering from smashed displays, sapphire could protect your pricey investment in case of accidental drops.

Analysts caution that a high-end feature like a sapphire-strengthened screen could easily translate into a premium price. Which brings me to my question of the day: would you be willing to pay extra for an iPhone 6 with a sapphire screen?

Assuming Apple can get enough of the material, Tim Cook & Co. are reportedly mulling sapphire screens “in more-expensive models” of the two larger iPhones debuting this Fall, according to the exact wording of this Wall Street Journal report. 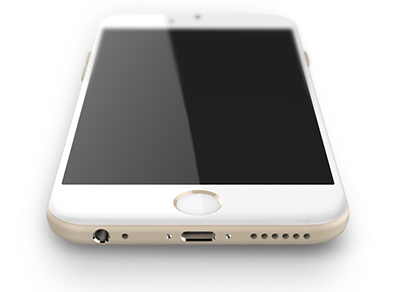 The not-so-reliable Jefferies analyst Peter Misek claimed earlier this year that Apple had been negotiating with wireless carriers to raise the iPhone 6 price due to the use of sapphire, with Chinese supply chain sources corroborating the notion.

So, would sapphire be worth a premium to you, do you think?

I want to hear your thoughts on the matter.

As someone who has against all odds managed to drop two iPhones so far, I know how painful it is having to swallow the cost of replacement screens. Just thinking about these incidents makes me wanna pay a $100 or more for an iPhone 6 with a sapphire display.

If you like this poll, check out other polls in our archive.