We’ve known for a while now that Corning, the manufacturer behind Gorilla Glass used in several mobile devices, wasn’t a fan of sapphire crystal as an option for protective display material. And why should it be, considering the tech is a direct competitor to its flagship Gorilla line.

But at the Morgan Stanley Technology, Media & Telecom Conference yesterday, the company escalated the beef with some comments made by SVP Tony Tripeny. When asked about the ‘puts and takes’ of sapphire, the exec called it heavy, expensive and environmentally unfriendly…

Seeking Alpha (via CNET) has the transcript of the exchange:

When we look at it, we see a lot of disadvantages of Sapphire versus Gorilla Glass. It’s about 10 times more expensive. It’s about 1.6 times heavier. It’s environmentally unfriendly. It takes about 100 times more energy to generate a Sapphire crystal than it does glass. It transmits less light which it means either dimmer devices or shorter battery life. It continues to break. I think while it’s scratch resistant product it still breaks and our testing says that Gorilla Glass, about 2.5 times more pressure that it can take than Sapphire on. So when we look at it, we think from an overall industry and trend that is not attractive in consumer electronics.”

It’s obvious that the ‘one large handset and device maker’ Fawcett is referring to is Apple, so you have to believe that Tripeny is speaking indirectly to them. The company confirmed last fall that it has teamed up with GT Advanced to build a sapphire crystal production plant in Arizona.

And the rumors have only grown bigger since then. Apple started hiring engineers for the plant in early January, and by the end of the month Foxconn had 100 iPhones with sapphire displays in trial production. It’s widely believed now that the plant is being used to make iPhone displays. 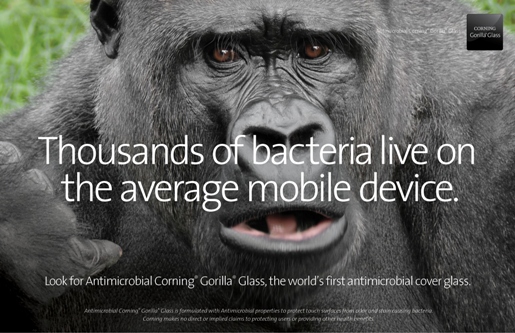 All of this makes Tripeny’s comments more interesting. If there really are so many negatives for sapphire glass, why has Apple seemingly chosen it over Gorilla Glass? Was there a falling out between the two companies? Has Apple discovered more viable/efficient production methods?

We likely won’t learn the answers to these questions until after Apple announces the next iPhone, which isn’t expected for several months. It’s believed that the handset will launch in late-summer or early-fall with a refreshed design, a larger display and the usual slew of internal upgrades.