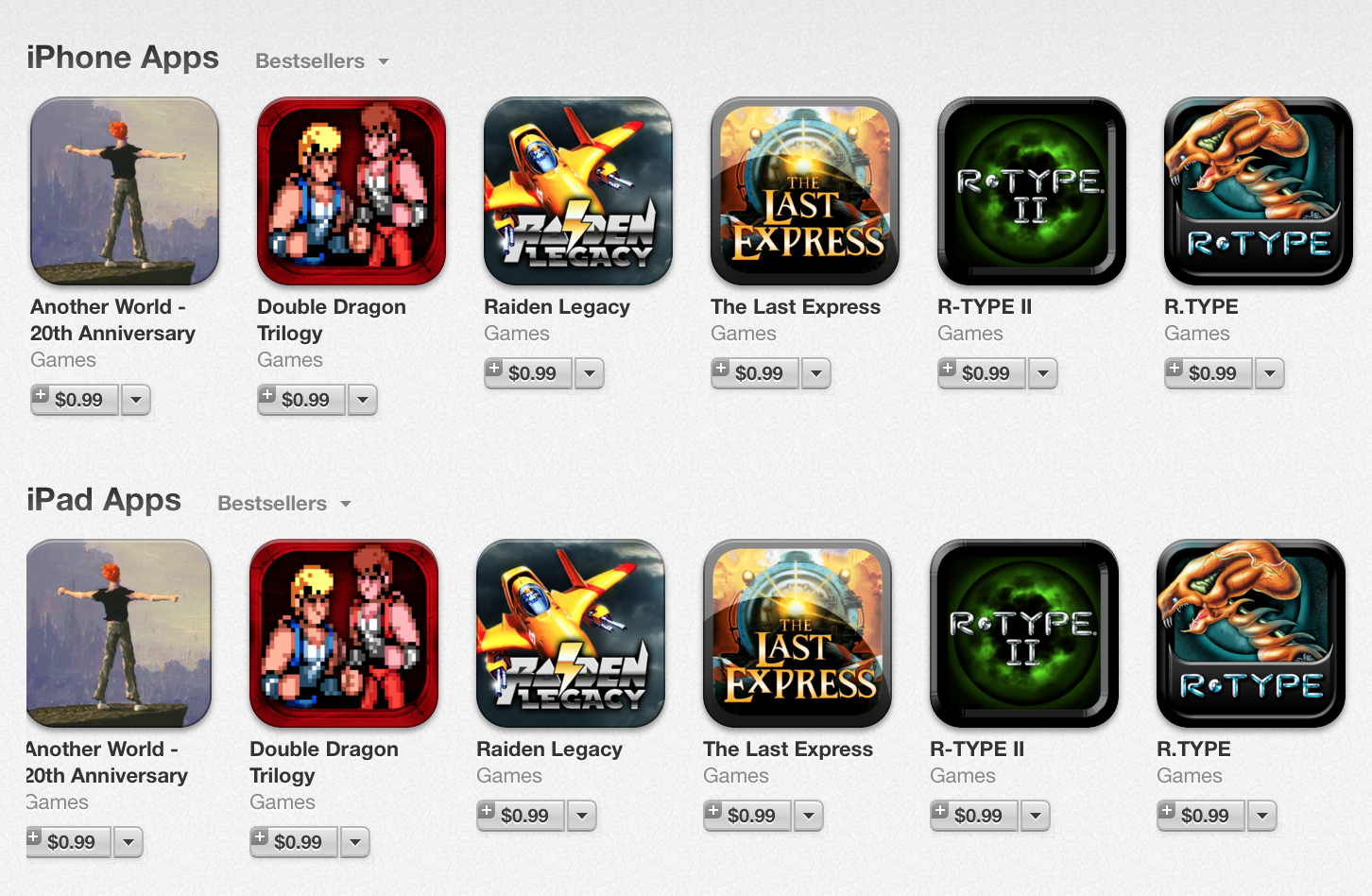 Great news this afternoon for retro gaming fans. DotEmu has discounted ‘Double Dragon Trilogy,’ and several other hit iOS titles from its library down to $0.99. That’s good for a savings of up to 80%, and all of the games support iPhone and iPad.

There appears to be a total of 7 DotEmu games on sale at the $1 mark, covering a wide range of genres. Double Dragon is perhaps the most recognizable, having seen dozens of releases, across several platforms, since 1987. We have the full list below.

There’s no word on how long the promotion is going to last, so if you’re interested in picking one of the aforementioned games up, don’t hesitate. Raiden Legacy alone is normally $5, so it honestly wouldn’t be a bad deal to pick up all of the titles for $7.