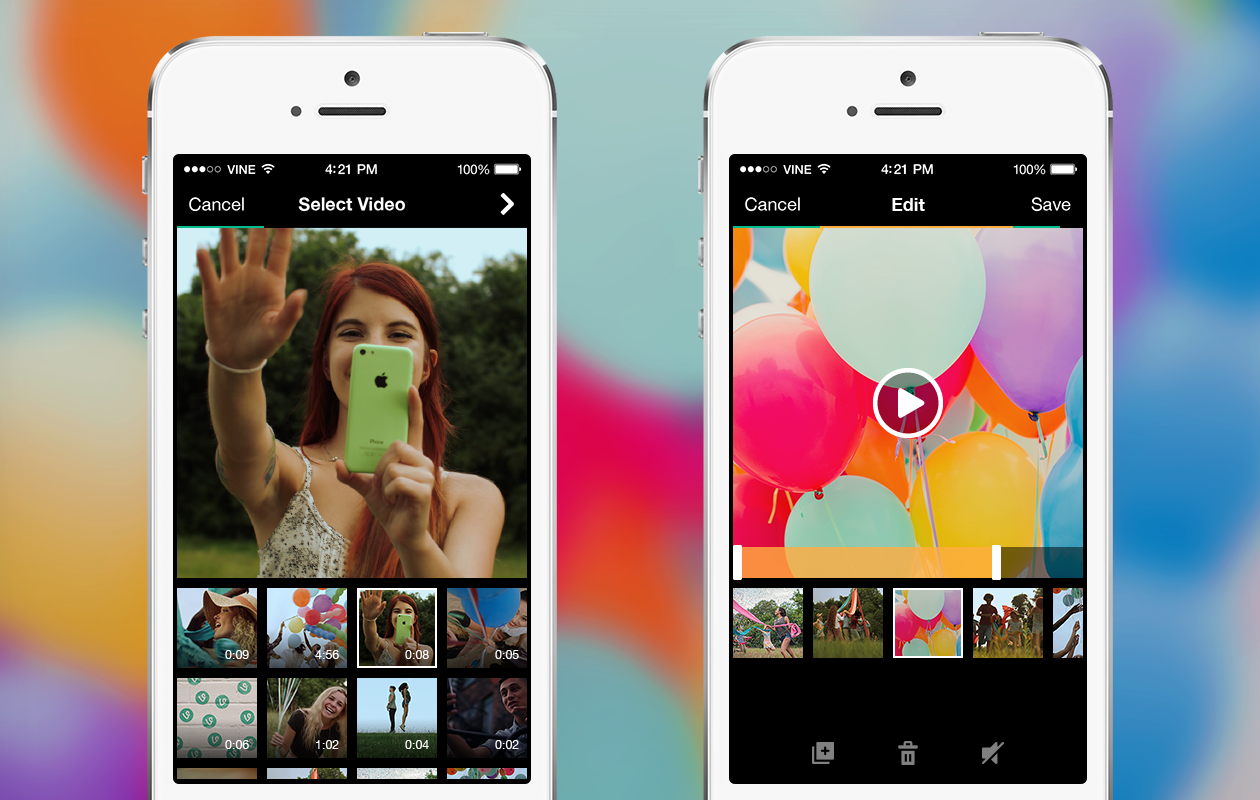 Vine has announced a significant update for its iOS client today, which will add a number of new features to the popular video-sharing app. The release includes a wide range of new editing  tools, as well as the long-requested ability to upload clips from your device’s Camera Roll.

A majority of today’s changes fall within the app’s new camera section, which aims to make it faster and easier to get your Vines just the way you want them. And with new Preview and Undo buttons, you can quickly screen your last clip, and decide whether you want to keep it or not…

In addition to your phone’s front- and rear-facing cameras, you now have another source for your Vines: you can import existing videos from your phone. From the capture screen, you’ll see a new option in the bottom left corner that lets you import a video. You can select one video or mix together several — and yes, slow-motion videos are supported. […]

If you’re looking for even more ways to shoot great Vines, simply tap the wrench from the capture screen. This will let you access a second layer of camera tools: grid, plus a new level; the focus lock, which now works with the front-facing camera in addition to the rear-facing camera; ghost mode, which shows you the last frame of your previous shot (and is super helpful for lining up shots!); and a new torch feature, so you can now shoot in low-light settings.

And the promo clip for today’s update:

Twitter acquired Vine early in its development, and officially launched it on January 24th of last year. Things started off slow, and the app was quickly met with competition from Instagram and others, but today, Vine says it sees over 100 million users monthly across mobile and web.

If you’re interested, you can find Vine in the App Store for free. The latest update isn’t showing up yet, but it should later this afternoon.