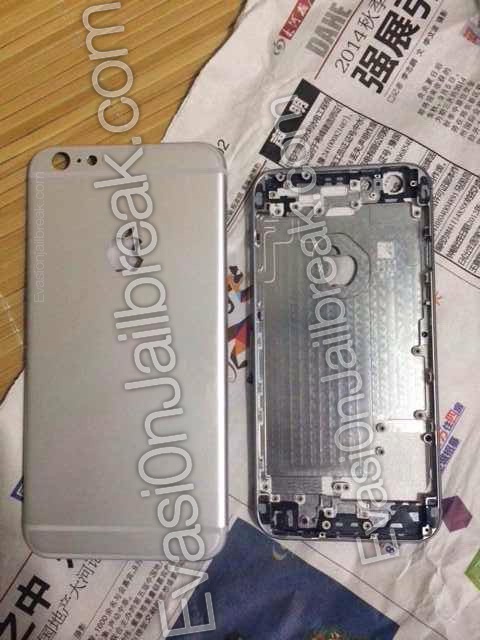 New photos have surfaced this afternoon, of what is said to be the rear shell of the 5.5-inch version of the upcoming iPhone 6 (referred to as the iPhone 6L by some). The part is positioned next to the shell of its 4.7-inch counterpart, giving us an idea of scale.

The two images were posted by website Evasi0nJailbreak.com, who says they can be sourced from deep within Apple’s supply chain. The site adds that the part is in very limited supply, suggesting that reports about the 5.5-inch model being delayed are true.

Like my coverage on the 4.7-inch iPhone 6 variation, this latest leak originated from my source deep within Apple’s supply chain in China. However, before jumping to the conclusion that today’s leak is indicative of a 5.5-inch iPhone 6 release alongside the all-but-confirmed 4.7-inch model next month, my sources have informed me that a very limited, and undisclosed, number of said 5.5-inch back housing components exist in the factory in question.

It’s obviously impossible to confirm whether the shell is real or not, particularly with so many clones floating around, but the part does look very similar to earlier leaked 4.7-inch iPhone 6 shells. Notice the thick antenna breaks, cutout Apple logo, and rounded flash. 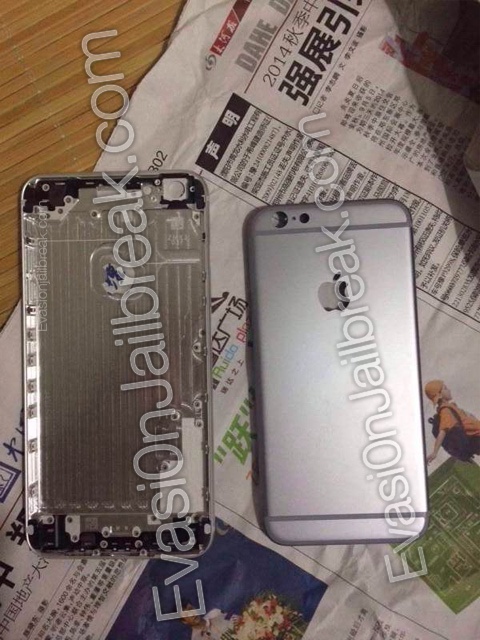 Apple is expected to announce the iPhone 6 at an event on Tuesday, September 9th. It seems very likely that we’ll see the 4.7-inch device we’ve been seeing in recent leaks, but it’s not clear yet if the company plans to introduce the 5.5-inch model this fall as well.