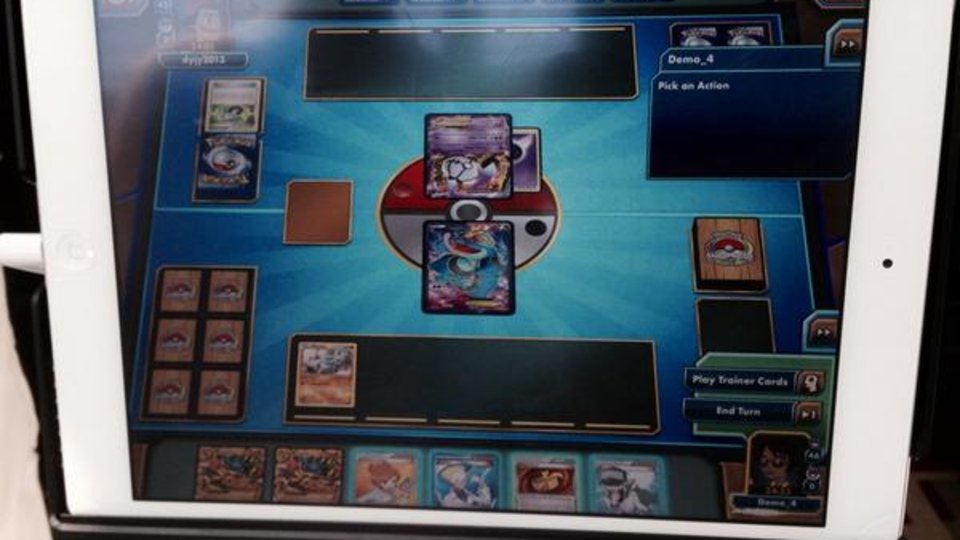 Good news Pokémon fans, the company is bringing its popular Trading Card Game to the iPad. While we’ve seen several Pokémon and Pokemon-related apps released for Apple devices, this will be the first time that a full game from the franchise has landed on iOS.

That’s the actual title in action shown in the photo above. A beta version of the game is being shown off to some attendees at The Pokémon World Championship, which takes place this weekend at the Walter E. Washington Convention Center in Washington, D.C…

For those unfamiliar with it, the Pokémon Trading Card Game is a popular game that has been reincarnated several times across several platforms over the years. Players take on the role of a Pokémon trainer, who must strategically deploy cards to defeat the opposition.

Not much else is known about the iPad version of the card game, as the Pokémon Company has yet to officially announce it. A representative from the studio did confirm to the folks over at Polygon that it’s real, but they did not provide additional details or release date.

Additionally, it’s worth noting that the Pokémon Company is a subsidiary of Nintendo—a company frequently criticized for ignoring the enormous potential of mobile devices. Fans have long hoped to see its games ported to smartphones and tablets, but it has thus far held out.