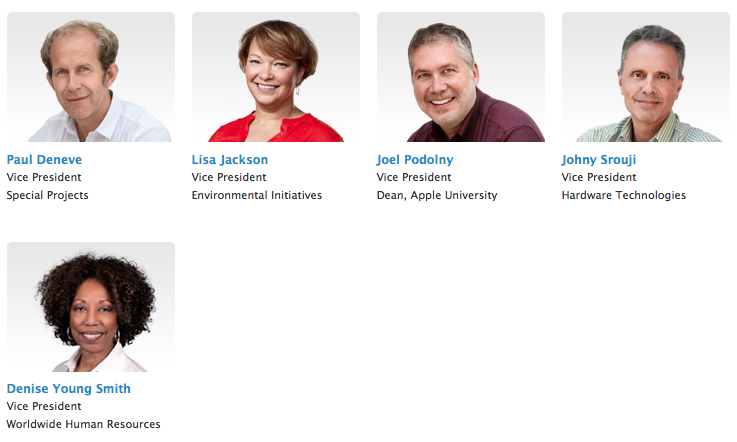 Just three days after releasing its diversity report in which it was revealed that its employees are 55% of white and 70% male, Apple made an interesting move by adding five Vice Presidents to the Executive Profiles page on its website.

Of course, it could be the cynic in me believing that adding two women is just pure coincidence, but it’s definitely a timely addition.

Now listed on the Executive Profiles page are:

The five execs have all been working at Apple for several months so it’s definitely an interesting timing to have them added to the Executive Profiles page just now. If anything, it shows that Apple is putting its money where its mouth is, a move than can only be praised as it shows willingness to really increase diversity at the company.