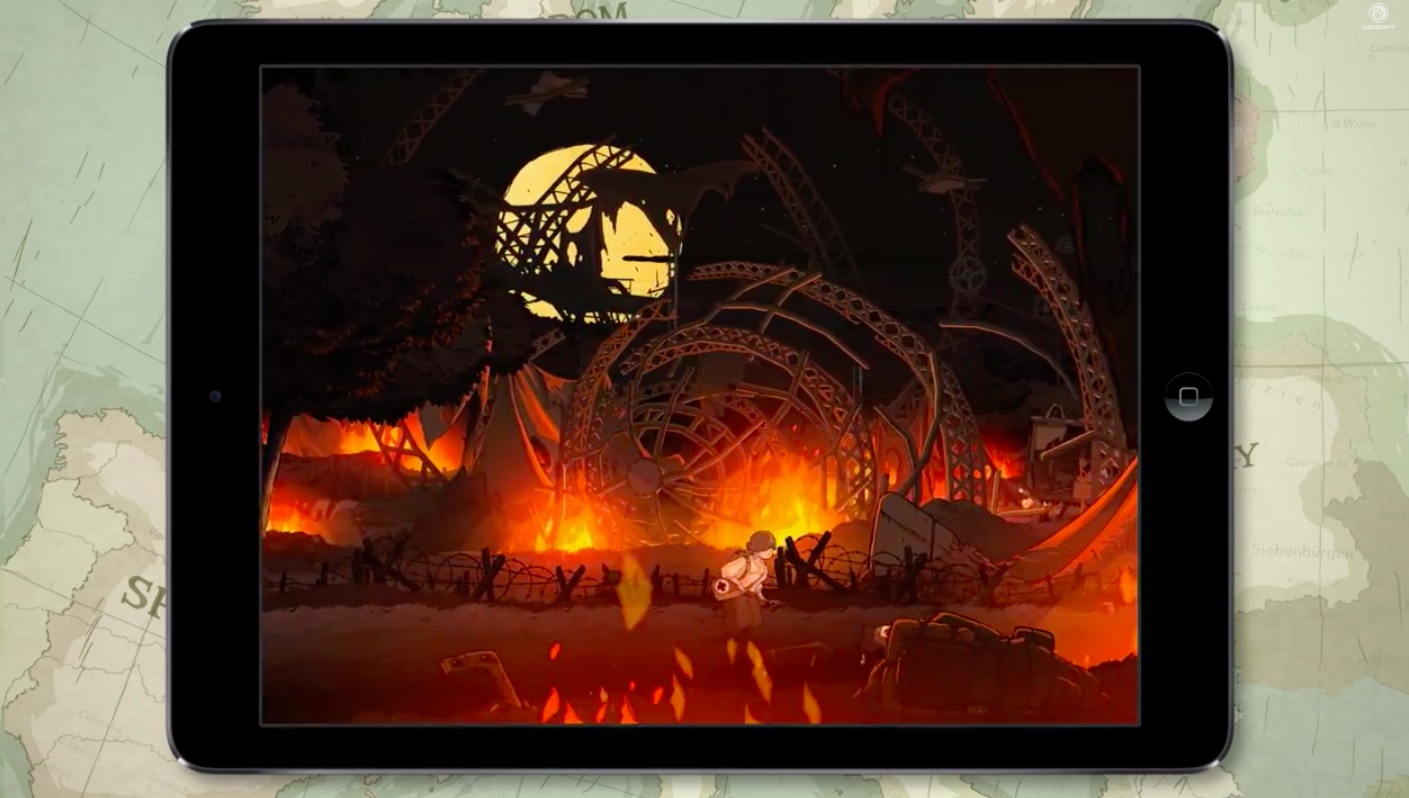 Games developer and publisher Ubisoft today confirmed that the iOS edition of Valiant Hearts: The Great War, its puzzle-adventure game set during the World War I, is coming to the App Store next month.

The game, inspired by letters written during the World War I, has originally made its debut on Sony’s PlayStation and Microsoft’s Xbox consoles, as well as on Windows PCs, in June of last year.

Much like the original release, the iOS version is like a playable graphics novel. Of course, the iOS port features touch-optimized controls, crisp graphics designed for Retina screens, Game Center support and more…

This won’t be some half-baked iOS port: the iOS edition of Valiant Hearts is driven by UbiArt Framework, Ubisoft’s advanced graphics engine which powers not only the original console game, but such Ubisoft hits as Rayman Origins and Rayman Legends.

Valiant Hearts: The Great War is the story of crossed destinies and a broken love in a world torn apart. It gives players the chance to live a touching yet comical adventure which focuses on the journey of four people as they brave the battles and difficulties of the Great War following their faithful canine companion.

All of the main characters are inextricably drawn together, and friendship, love, sacrifice and tragedy befall each as they help each other to retain their humanity against the horrors of war.

Check out the promotional trailer for the mobile edition of Valiant Hearts: The Great War:

The game is due for release on Thursday, September 4, and you can count on us to keep you informed as soon as it lands.