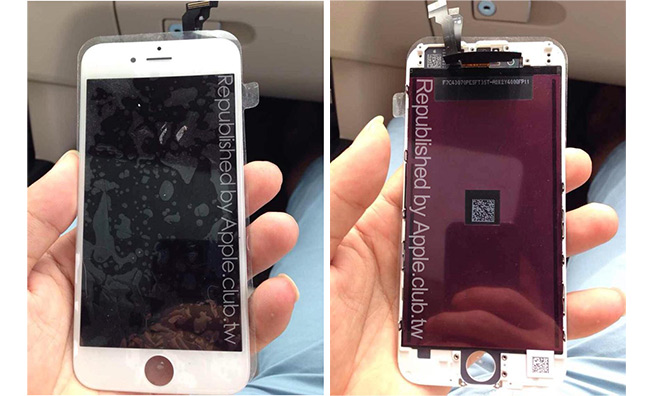 A Taiwanese blog has posted a series of images that allegedly picture fully assembled black and white faceplate options for a rumored 4.7-inch iPhone 6 variant.

The images offer perhaps the best depiction of the upcoming Apple handset thus far. The fully assembled 4.7-inch panel is shown off along with flex cables, mounting structures and cover glass.

As a quick reminder, the iPhone 6 should be unveiled alongside its bigger 5.5-inch counterpart at a media event on September 9.

Earlier this morning, we published a treasure trove of leaked part images that seemingly hint at the embedded Apple logo on the back, a protruding iPod touch-style rear camera and the slightly recessed volume button cutouts along the edges…

According to Taiwanese blog Apple.club [Google Translate], via AppleInsider, the images depict notably skinnier side bezels of the claimed 4.7-inch display part, speculated to allow for one-handed use.

For the most part, these new shots largely match up with prior leaks of assumed iPhone 6 components. The front panel also shows holes for the front-facing camera and the ambient light sensor.

What you can’t possibly glean from these images is whether the display component uses Corning’s Gorilla Glass or a rumored sapphire-made cover glass.

Both black and white faceplates, along with the previously leaked components like a gold SIM card tray, support the theory that the iPhone 6 will come in same color options as the current iPhone 5s generation.

On the back, there’s a purported display package complete with backlight installed. The protective film is covering most of the panel and you can clearly see the part’s QR code and serial number. 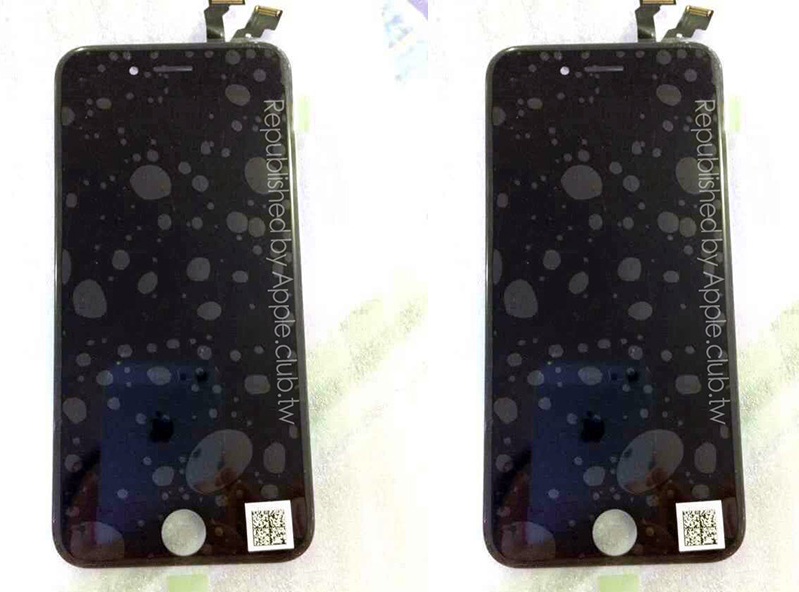 Other takeaways: the nicely rounded edges and a cutout for the Touch ID home button.

Missing is the usual electromagnetic shielding that has in the past been attached directly to the faceplate. It is possible that the metal plate will be added on during a later stage of production, or Apple may have rejiggered the phone’s internal design to marry the component with the rear chassis.

The new iPhones are expected to come in 4.7 and 5.5-inch varieties, featuring an all-new design with an even thinner appearance, running an Apple-designed A8 chip said to be clocked at 2GHz or more per core and likely sporting a 13-megapixel Sony-made camera with optical image stabilization.