Several photographs of claimed iPhone 6 parts have led Apple bloggers to frantically speculate that a logo cutout on the rear would allow for a MacBook-style illumination serving as a notification light of sorts for missed calls, important messages and what not.

We even ran a poll asking whether the iPhone 6 should include a lit Apple logo on the rear and more than three out of each four respondents voted ‘yes’.

Time for a reality check. If numerous photographs of supposed iPhone 6 parts that have leaked recently are anything to go by, this doesn’t seem to be the case after all…

First up is the above image showing a handful of Apple logos destined to be fitted on the back panel of the iPhone 6.

Originally published by Taiwanese blog AppleClub [Google translate] and featured by GforGames, there don’t seem to be any LED or connectors visible on the shot that could suggest that the light would shine through the logo cutout.

In addition, the source of this photo has reportedly confirmed that the rear shell won’t emit any kind of light through the logo opening. 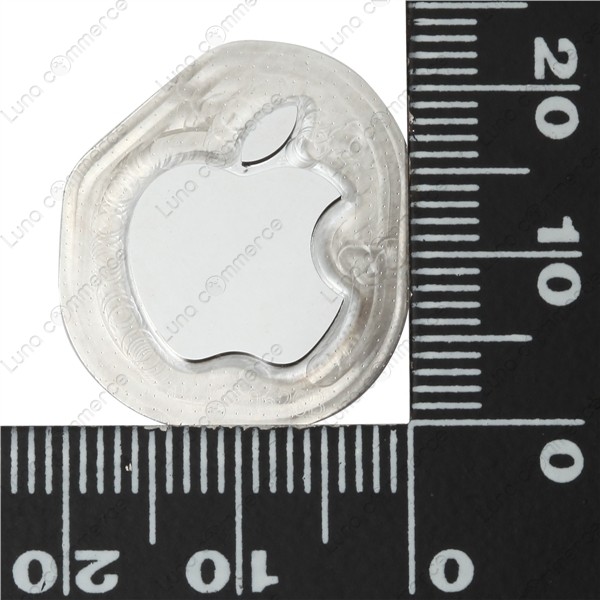 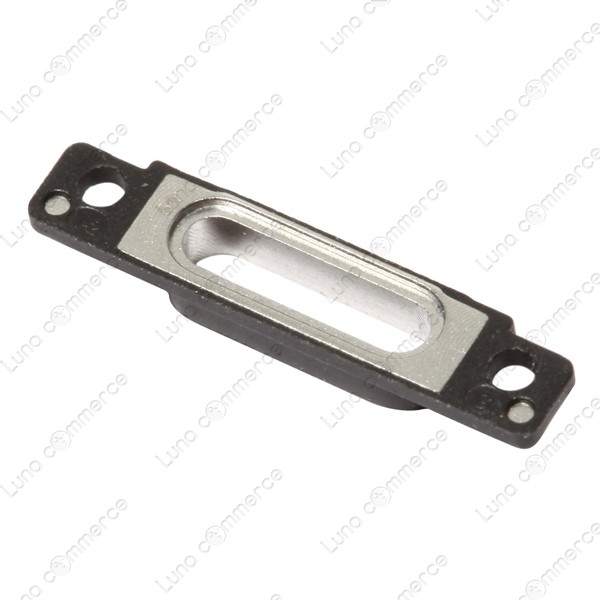 This seems to be the Touch ID home button enclosure. 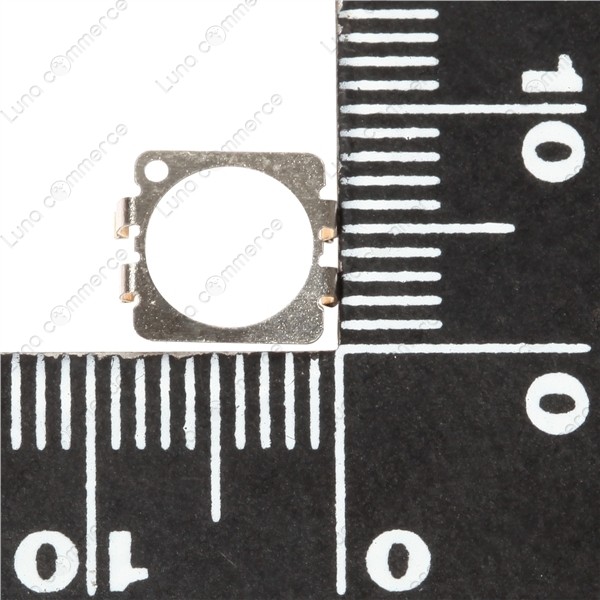 The following photo apparently shows an external camera ring that supports the thesis that the back iSight camera on the iPhone 6 will feature a protruding lens – similar to the iPod touch’s camera – rather than being flush with the housing.

The part (via MacRumors) is in an intermediate stage of production so it lacks Apple’s fit and finish.

The logo seems to be made of “very extraordinary” scratch-resistant metal and Feld & Volk speculates it could be a Liquidmetal alloy.

Conveniently, Apple in May renewed its exclusive Liquidmetal deal for consumer products. For reference, only the original iPhone has thus far featured the embedded Apple logo (iPads have them, too).

Pictured below: a purported iPhone 6 back camera with protruding lens. 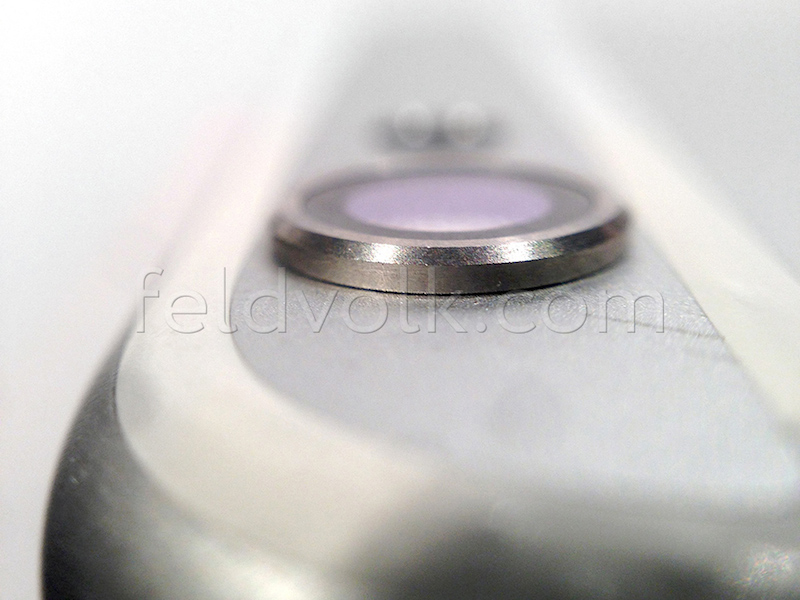 And last but not least, Feld & Volk shared a closeup of the volume button cutouts.

Notice how the cutouts have now been recessed slightly, presumably in order to prevent accidental volume changes while allowing for a lower profile along the edges.

What do you guys make of all this?