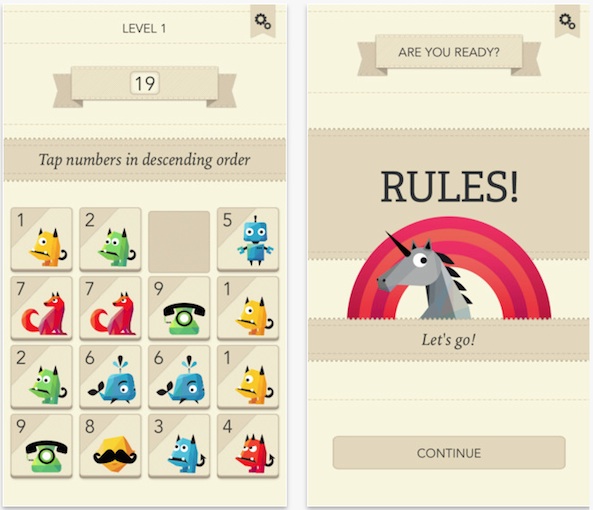 When you are racing against the clock in order to win the game, the stakes are high and success depends on how fast you can react to a current situation. That’s why “twitch” games are so fun.

Rules! is a twitch game that challenges your mind instead of your fingers. You must follow the rules to pass each level, but you must also remember what those rules are or you’ll be lost in time…

Players must follow each rule that is given on a certain level. On progressive levels, the number of rules increases. For example, the first level has one rule, while the second level has two and the third has three. Following rules isn’t so tough, but the added challenge comes with remembering what they are, after the fact. 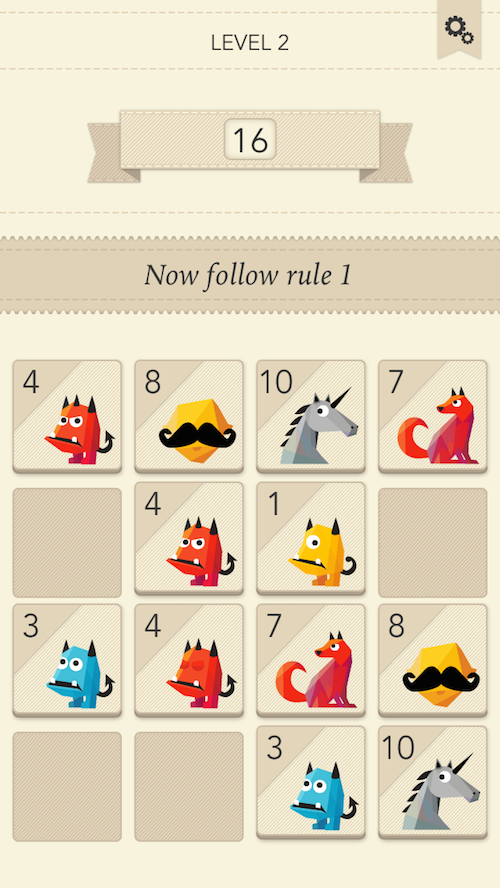 On top of all of this, you are timed. You start with 20 seconds on the clock. If you complete the level without making a single mistake, you’ll earn a bonus. If you manage to complete a level in less than five seconds, you’ll earn another bonus.

You will receive eight new seconds on the clock for each level you complete. So, if you complete a level in 10 seconds, you’ll end up with 18 on the next level. However, if you only have four seconds left, you’ll only earn 12 seconds for the next level. 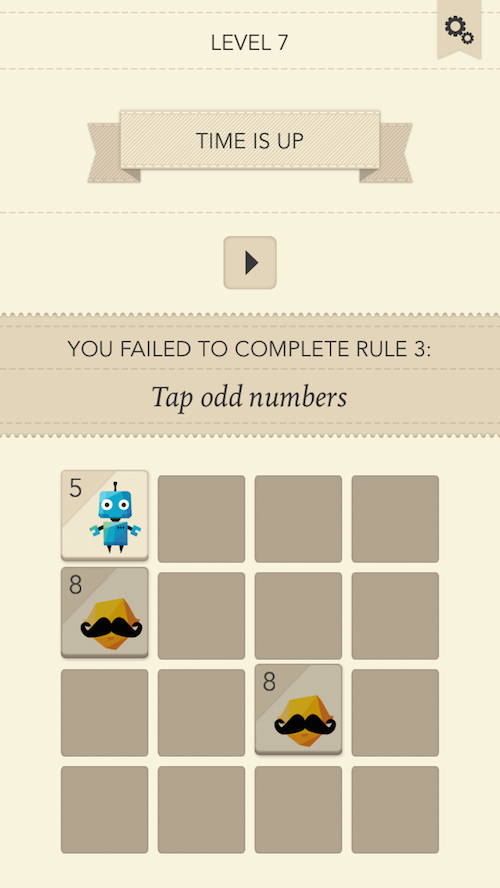 The game is incredibly addicting because you keep going back to try one more time. If you can just complete that last rule within the remaining few seconds, you could move on. I haven’t been able to put it down since I downloaded it. My workload is suffering for it.

On top of all of this great puzzle action, the graphics and soundtrack are pretty adorable. The animals and monsters are some sort of geometric stuffed animal illustrations. In fact, I’d buy that stuffed animal if they made it, which they haven’t. However, they did make a t-shirt.

Rules! costs $1.99 and is available now. Download it in the App Store today.

What do you think of Rules? Does it scratch your twitchy itch?