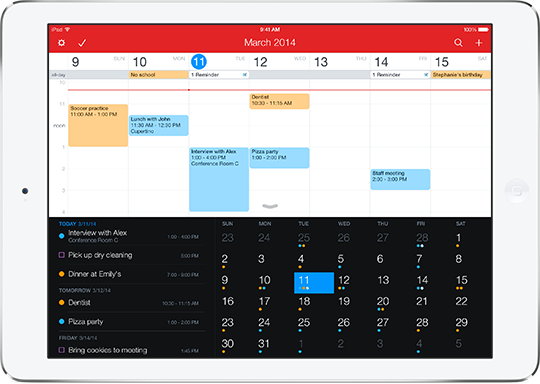 Flexibits has issued an update to its Fantastical for iPad today, bringing our a few new useful features and enhancements.

In addition to half a dozen bug fixes and various other fixes and improvements, Fantastical 2.1.1 includes support for Dolphin Browser [free download] and comes with improvements to the app’s handling of lists and reminders.

Specifically, your list will finally show reminders that have an alert time but not a due date.

And if you use iOS automation via URL schemes, you can tell other apps to open reminders directly in Fantastical by taking advantage of a new URL handler ‘fantastical2://show?view=reminders’…

You can tell Fantastical to open external links in Dolphin Browser by navigating to the in-app settings interface and choosing ‘Dolphin Browser’ under the ‘Open Links In’ section, as shown below. 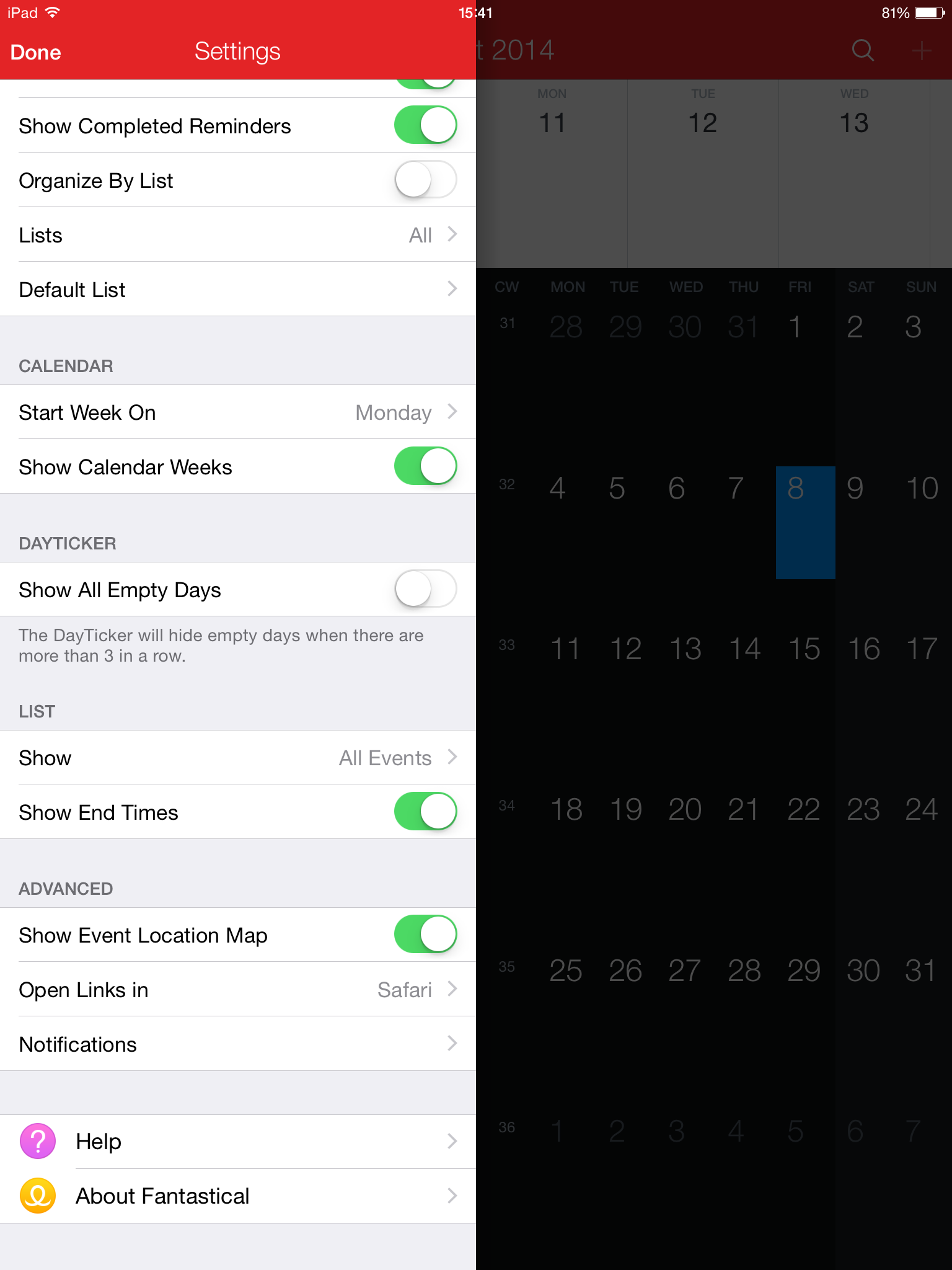 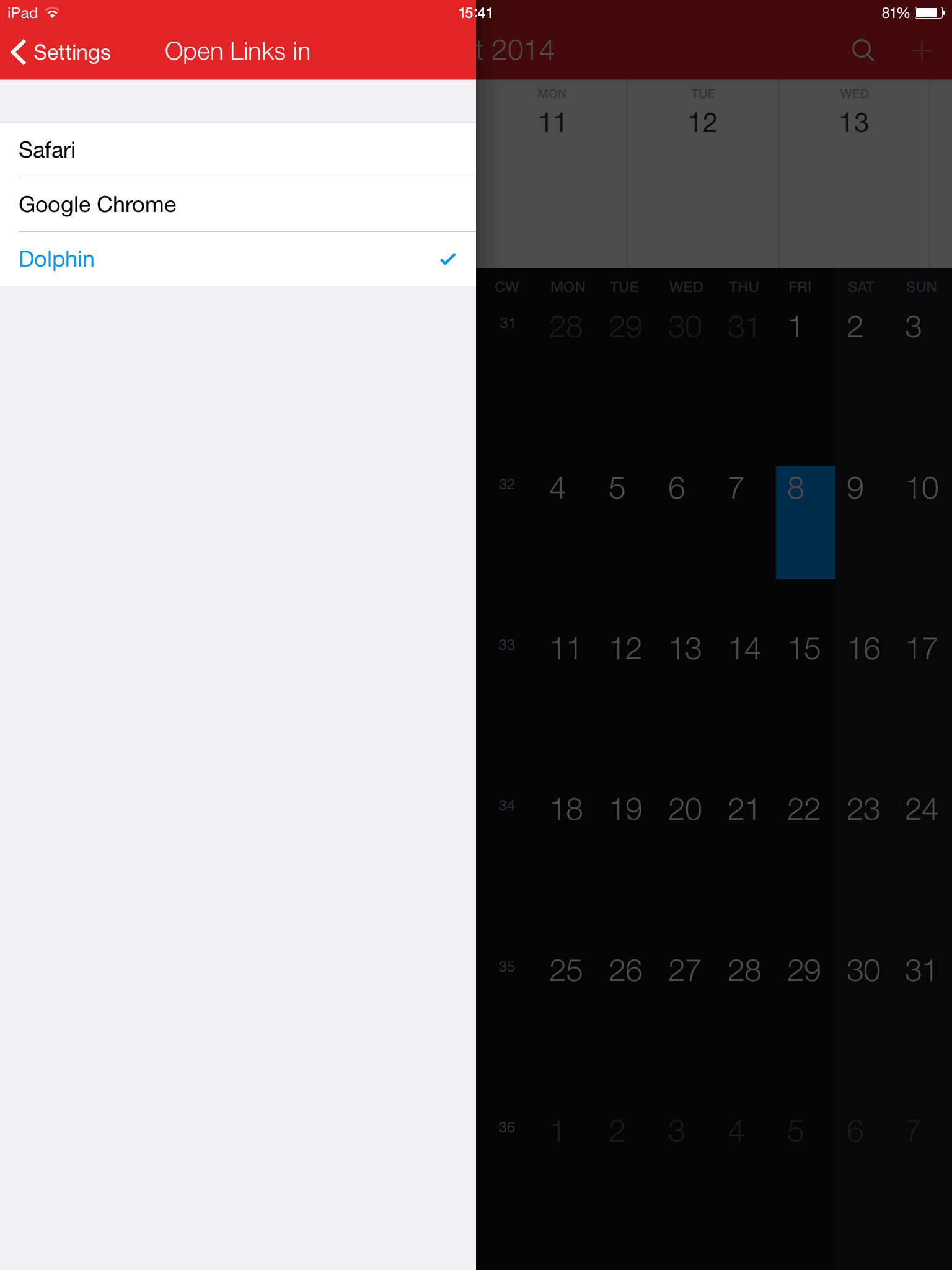 Just recently, Fantastical for iPhone has been given a substantial update which Sebastien covered in detail.

Among the improvements: additional app icon badge and snooze options for events/reminders, contacts’ locations and addresses in events, notifications for upcoming birthdays, keyboard shortcuts when using an external keyboard and various other improvements and fixes.

Fantastical apps are currently 50 percent off for a limited time, good for a $13 saving.

Fantastical for iPhone is currently $4.99 in the App Store.

Both versions require iOS 7.0 or later.