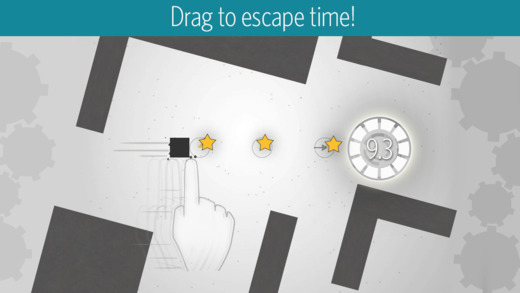 Have you ever been in the process of trying to solve a puzzle or physics game and realize you’ve made a mistake and wish you could just go back to that moment in time and chose a different path? Me too. Usually, those revelations just end in me hitting the replay button and starting over.

Primitives Puzzle in Time is a simple puzzle game that actually lets you virtually go back in time to the moment you made the mistake. Instead of starting over, go back to that moment you realized you made the wrong choice and try again… 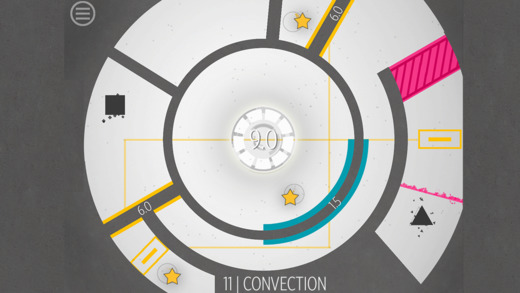 The game is made up of a few simple graphics and shapes. Players drag a circle or triangle around on the screen, weaving through rectangular obstacles in order to pick up stars and get to the exit portal. The only problem is that you have a very limited amount of time to get to the exit and you can’t cross your own path to get there.

Players are tasked with collecting three stars on each level and then booking it to the exit. Drag your finger across the screen to create the path that you’d like to go. If you grab a star, but the line from your path is in the way, you’ll have to back up a step or two and try a different route. If that does happen, don’t worry. You won’t lose time. In fact, you will go back in time, so to speak. Tap a spot on the screen that you’d like to start from and the timer will revert back and your previous path will disappear. 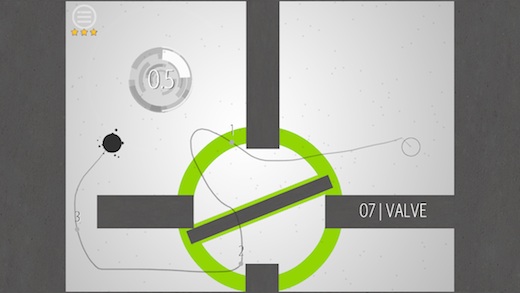 As the game progresses, levels get harder and new obstacles are introduced.

Each shape that you use has a different speed. The square is slow. The triangle is average. The circle is fast. There is a variety of triggers on different levels that will either trap or release you and the stars.

Players unlock new levels by earning a certain number of stars. The game does not give leeway to the unskilled. For every 10 or so levels, you’ll need to average three out of three stars. You’ll only be able to make one or two mistakes in order to proceed. This game may seem relaxing, but you’ll need to focus your skills to get through it.

Primitives Puzzle in Time is available for free on the iPad, iPhone and iPod touch. Download it in the App Store today.

What do you think of this intricate and complex puzzle game? Let us know in the comments section.