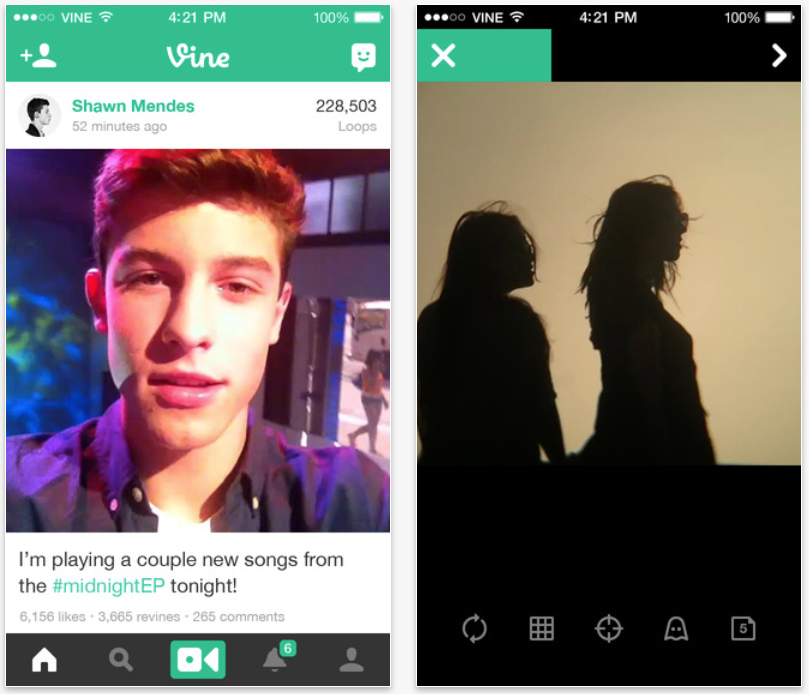 Twitter updated its popular 6-second clip-sharing app Vine today for iOS. The update brings the client to version 2.2, and features a handful of noticeable changes including a redesigned navigation menu and new sharing options.

The redesigned navigation UI is one of biggest changes to Vine since its inception. The drop-down menu that lived in the Home icon in the top left-hand corner of the app has been replaced by a standard, bottom navigation bar…

Here are the release notes:What’s New in Version 2.2.0

• Get around the Vine app faster with a new navigation tab bar
• More video viewing room: the top bar now scrolls away for more space.
• Choose to share a Vine publicly or as a message right from the share screen.

We’ve also included the usual bug fixes and improvements. As always, our line is open to you – just reach out to @vinehelp on Twitter with your comments and suggestions. 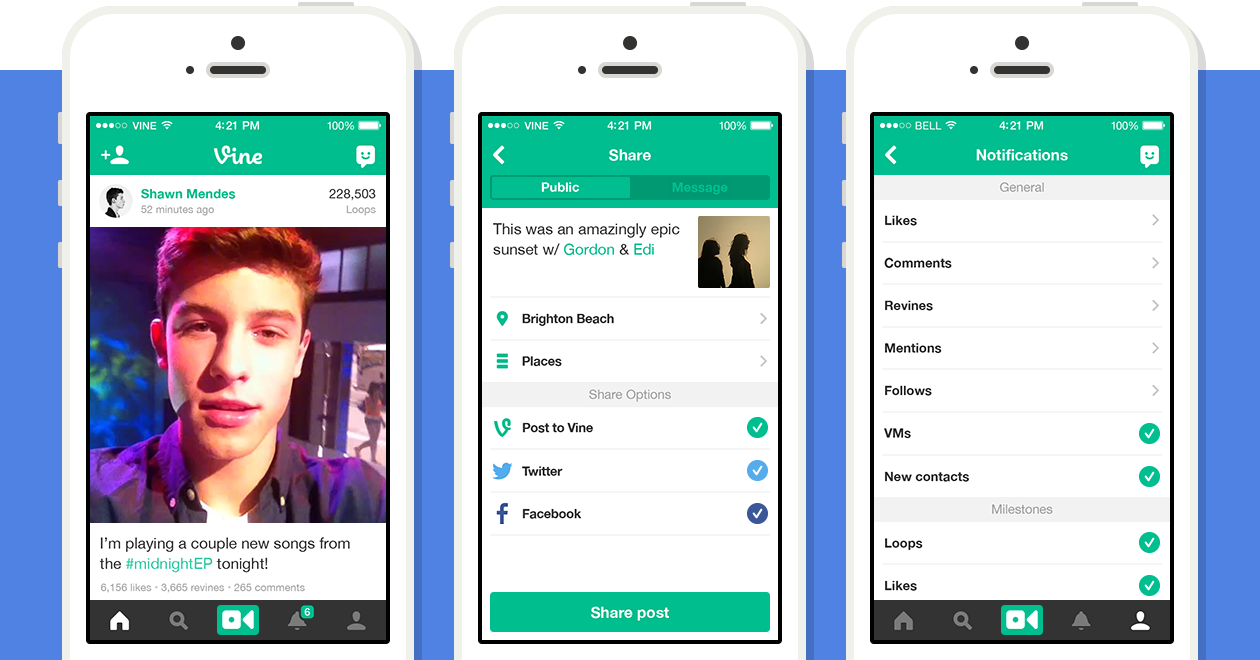 Additionally, Twitter has added support for new languages: Arabic, Hebrew, and Farsi (Android only). And with the new sharing option, you can now create a video and then decide where to send it, rather than picking a destination first.

Today’s update makes it much easier to bounce around the app, and I recommend that anyone with a Vine account upgrade. You can find the latest version of Vine in the App Store for free. Unfortunately, it’s still just iPhone-only.