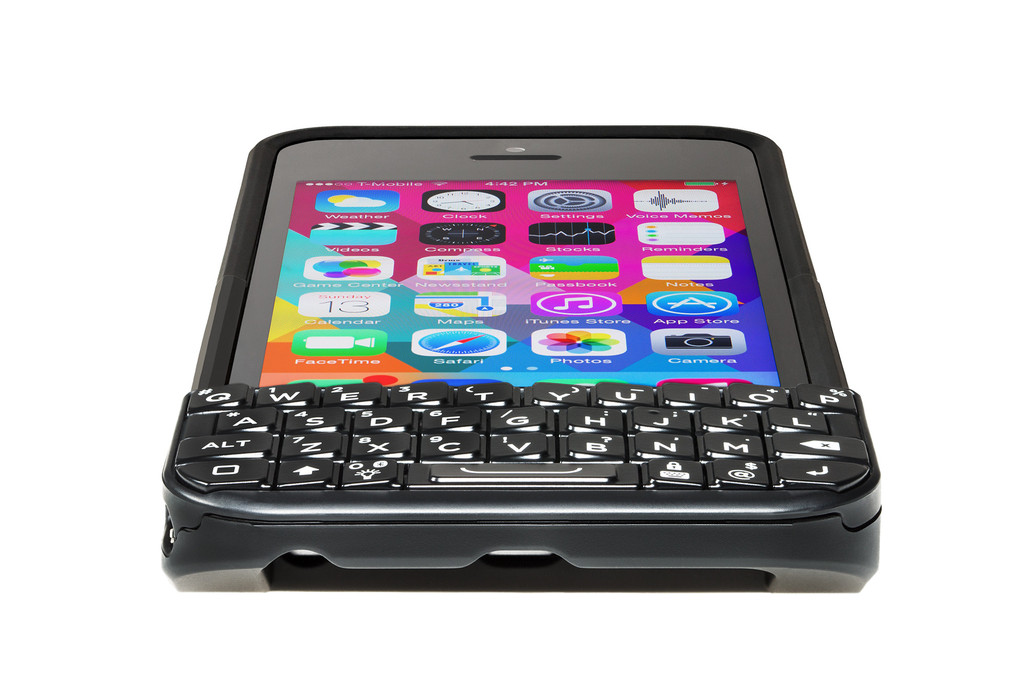 Remember the Typo—the keyboard case for the iPhone 5/5s? It garnered quite a bit of attention when it launched late last year, thanks in part to its celebrity co-founder Ryan Seacrest and the unsurprising lawsuit lodged against it by BlackBerry.

We hadn’t heard much from the company since March, when it was hit with a preliminary injunction for allegedly infringing BlackBerry’s keyboard patent. But it’s back this week with a redesigned Typo 2 keyboard case for all late-model iPhones…

It seems fairly obvious that the Typo 2 is a response to the BlackBerry infringement suit. The design of the keyboard has been completely revamped, and looking at the product’s website, it talks about the accessory like the first Typo never existed.

Typo 2 was born out of a desire for efficiency. For several years, many of our friends and colleagues carried two phones: one for typing and correspondence and an iPhone for virtually everything else. One night, we were out to dinner and both had our phones on the table.

Two people, four phones! We looked at each other and thought there was an easy solution to the problem, a keyboard for the iPhone. After ordering every iPhone keyboard available, we realized that there was no solution that worked well.

That’s when we decided to take matters into our own hands and Typo 2 was born. After nearly two years of development, engineering, testing and feedback, we have created Typo 2 , an indispensible business tool that busy people simply can’t live without.

Here’s a front and back look at the device: 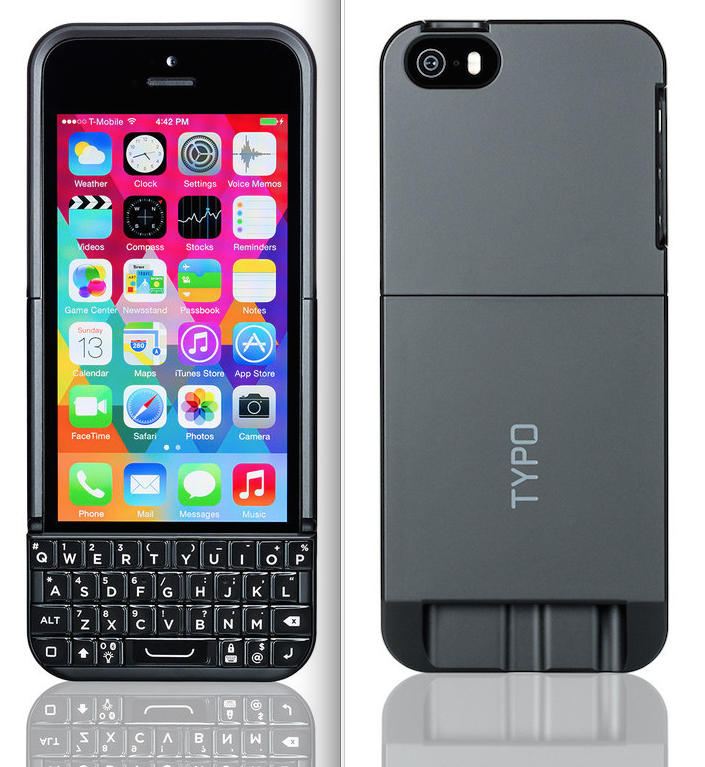 The Typo 2 adds just under a quarter of an inch in thickness to your iPhone 5/5s and 3/4 inches in length. The keyboard tech is called TYPOTouch, which is apparently patented, and it features white LED-backlit keys and a built-in lithium battery.

If you’re interested, the Typo 2 costs $99 and is now available for pre-order. Unfortunately, it doesn’t look like it’ll begin shipping until mid-September, which is right around the time that Apple is expected to unveil the larger, redesigned iPhone 6.