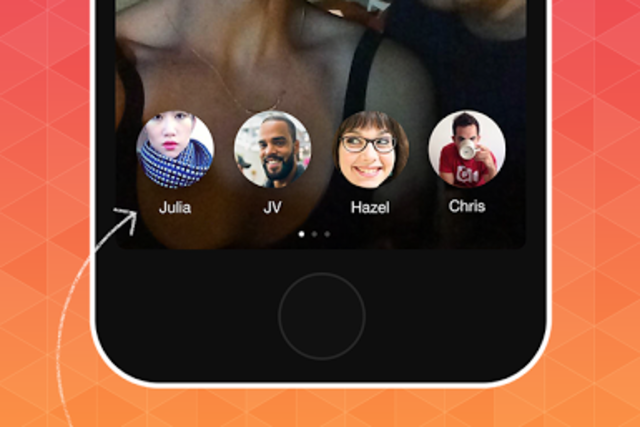 In case you missed it last week, Facebook-owned Instagram is hatching out a new mobile app to take on the likes of Snapchat, Taptalk and a growing list of other ephemeral messaging apps out there.

I have good news and bad news. The good news is, the app’s just stealthily launched on the App Store. But, alas, Bolt is only available in New Zealand, Singapore and South Africa for the time being.

Ellis Hamburger of The Verge first spotted an iTunes link for Bolt in Apple’s App Store and Google’s Play store for Android.

Once you’re in, Bolt will ask for permission to use your phone contacts and then offer to add matching contacts to a Favorites list, shown as a scrollable row across the bottom of the screen holding up to 20 frequently used contacts.

The app allows you to interact with friends by sending them photos or videos real fast. Basically, it turns your friends’ faces into the shutter button – it only takes one tap to send a photo to another Bolt user.

The Verge praised Bolt’s pretty interface and ease of use.

After the recipient has received an image or video, it’s deleted from both devices and the servers after 30 days. And if the sender has deleted a Bolt you just sent them, it gets pulled from Instagram’s servers immediately.

Another handy feature: if you accidentally sent a photo or are having second thoughts, Bolt lets you retract a message within a few seconds by shaking-to-unsend. Shaking also offers the option to save your outgoing images to the Camera roll. 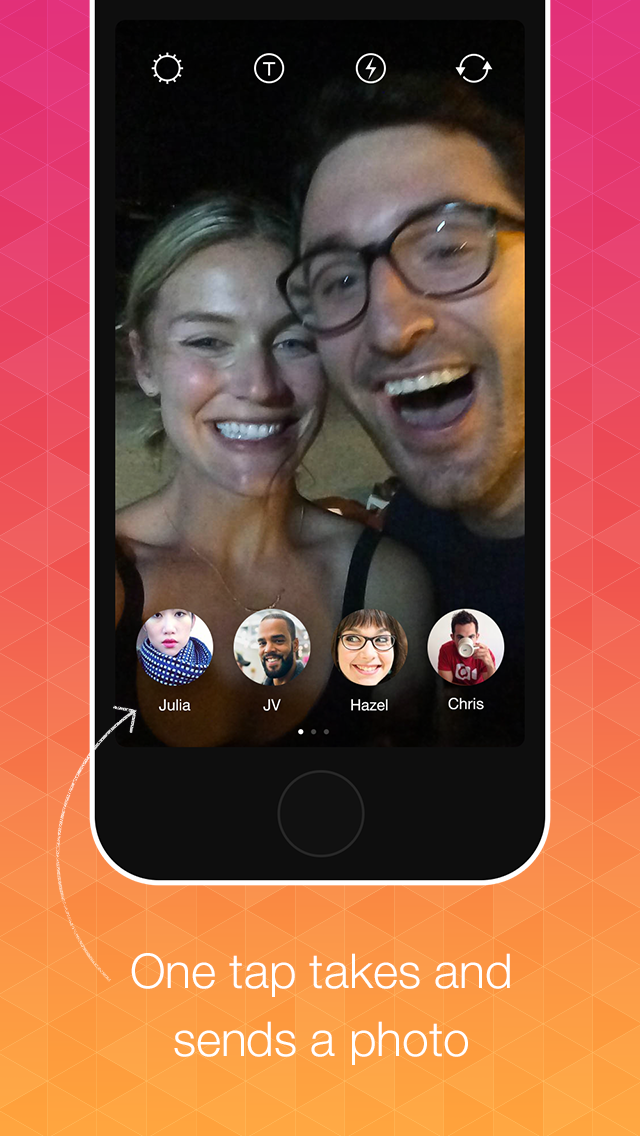 Things you can’t do: you can’t share to multiple people at once nor can you send images from your iOS Camera roll. However, these features are likely to be added via future updates.

Constine also shared this in terms of how Bolt works:

When (if) you receive a Bolt, you’ll get a notification in the top center of the app. Once you’ve viewed a Bolt, you swipe it away to delete it as the photos are ephemeral.

You can also choose to reply with a Bolt, or send a text reply overlayed over a blurred version of the Bolt you received, similar to Facebook’s standalone app Slingshot.

Other features include contact blocking (though you can’t flag spammy content) and a handy switch to opt yourself out of being searched on Bolt by your phone number.

The app is being rolled out as we speak.

For now, the app is only available in New Zealand, Singapore and South Africa. After Instagram collects feedback from early adopters and gets all the kinks out, the app will launch globally.

We’re going to other regions soon, but are starting with handful of countries to make sure we can scale the experience. Instagram has 65 percent of its users overseas, so an international launch, while different, is actually not all that out of order with what we do.

Folks living in New Zealand, Singapore and South Africa can download the app right now, free in the App Store.

Rest assured that as this soft-launch gets followed by a staggered release globally, we’ll be keeping you informed about Bolt’s forthcoming US App Store launch.

Does Bolt have what it takes to be successful or is it going to be forgotten soon like Facebook’s Slingshot app? What do you mean, what’s Slingshot?