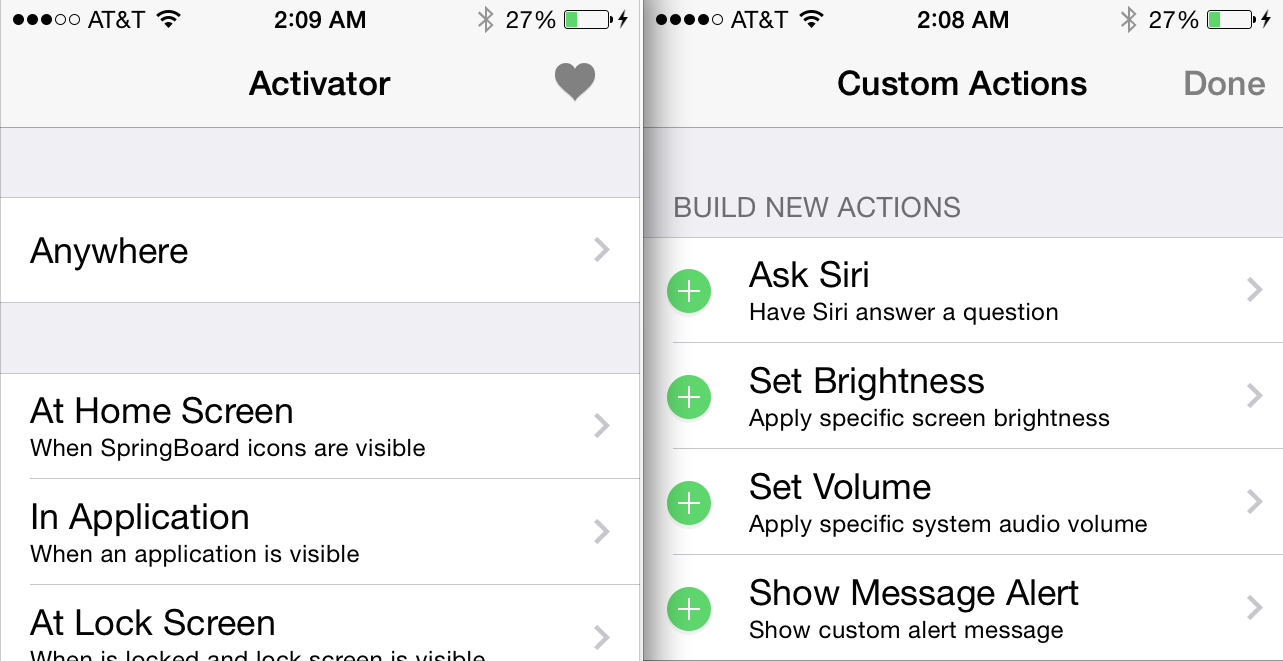 Popular jailbreak tweak Activator has been updated today, bringing the package to version 1.9. Developer Ryan Petrich says that this is the “largest release” for the tweak in over a year, as it brings about many new features and enhancements.

We’ve posted the lengthy change log down below, but just to give you an idea of what to expect, Activator 1.9 includes several new icons, new developer APIs and custom actions. It also offers a number of bug fixes and various other improvements…

Activator 1.9 is now available in Cydia. It’s the largest release in over a year.

If you already have Activator installed, you should notice the 1.9 update in Cydia’s Changes pane. Otherwise, you can find the tweak in the default BigBoss repo by performing a simple Cydia search. It’s free, with a minor banner advertisement.