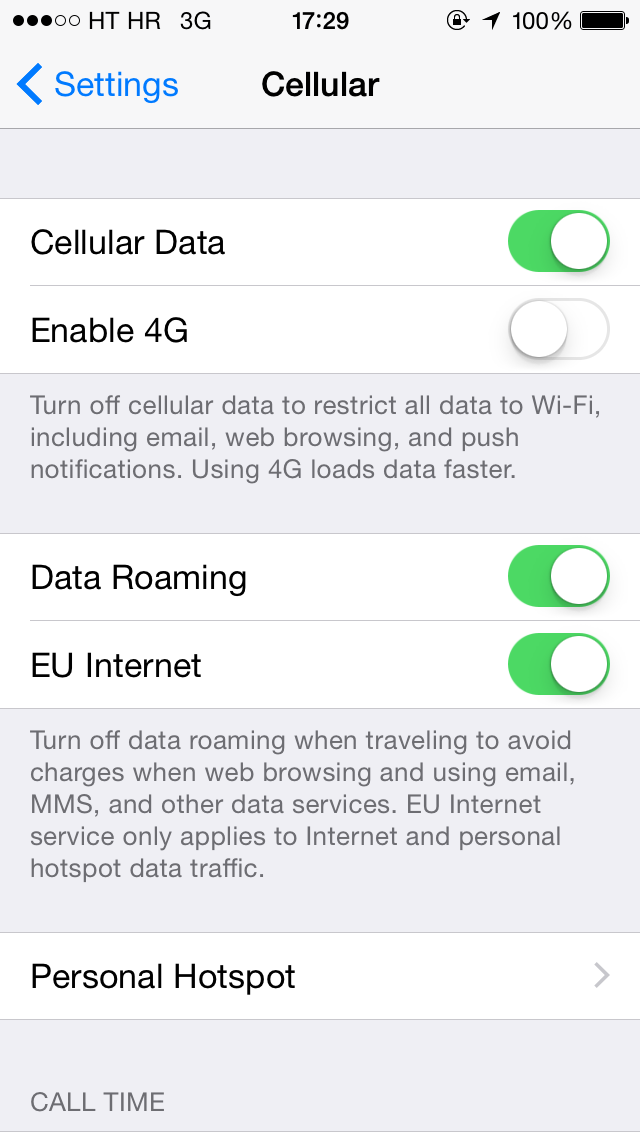 The most recent beta of iOS 8 has introduced an easily overlooked new option under the Cellular section of the iOS Settings app. It’s called ‘EU Internet,’ applies only to those traveling in the European Union and is a bit puzzling.

As a quick recap, exorbitant roaming charges for data downloads in the European Union have already been reduced in an effort to make prices more realistic for those using mobile devices outside their home country.

That’s just the beginning as the European parliament recently passed a new regulation, currently needing an approval by the Council of the European Union, that promises to render all roaming charges in the EU illegal by December 2015.

As a result, European customers will always pay the same price for all phone calls, text messages and mobile data usage everywhere in the EU…

The new ‘EU Internet’ switch has surfaced in iOS 8 Beta 4, which was issued to Apple’s registered iOS developers last Monday.

“Turn off data roaming when traveling to avoid charges when web browsing and using email, MMS and other data services,” reads the feature’s description. “EU Internet service only applies to Internet and personal hotspot data traffic.”

The current implementation, I’m sure, will undergo a revision before iOS 8 launches this Fall because it’s downright confusing. Again, enabling the ‘EU Internet’ option requires you to activate the ‘Data Roaming’ option which in turn allows your device to access data services on foreign networks.

However, if you want to turn on ‘EU Internet’ services without allowing data roaming, iOS 8 Beta 4 lets you do this by setting the ‘Data Roaming’ toggle to ON first. Next, enable the new ‘EU Internet’ toggle and then disable the Data Roaming option.

At any rate, I’m liking that Apple is implementing the ‘EU Internet’ toggle ahead of the official ruling on roaming charges in EU, especially given some EU carriers are already working on abolishing their roaming fees earlier than December 2015.

I want to hear from our European readers: is this something you’ll find useful?