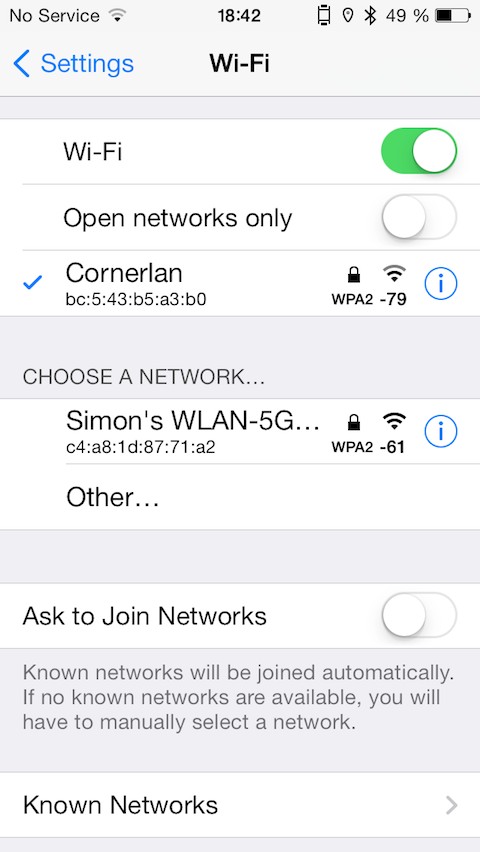 There is plenty of Wi-Fi related tweaks available in Cydia such as CleverPin or Vestigo, but if you want to go a step further and add more new functionality to your iOS Wi-Fi preferences, you may want to try out a new jailbreak tweak called BetterWiFi7.

The tweak provides additional information by displaying a network’s Encryption level, MAC Address and the signal strength. Additionally it allows users to view a list of previously joined networks along with their password directly from the Wi-Fi’s preferences pane as well as copy a network’s SSID and its password.

Apart from this, the tweak adds a “Pull to Refresh” option allowing users to refresh the networks list by pulling it down just like in the Mail app. A new “Open networks only” switch will be added to the Wi-Fi preferences allowing you to hide encrypted networks so that you can view the nearby open networks only. This is quite useful in public areas where there’s a lot of encrypted Wi-Fi networks nearby and you want to connect to an open network.

One major feature that BetterWiFi7 offers is “Smart Passcode Lock” which if activated, disables the device’s passcode lock whenever a user is connected to a trusted network. Users can add a trusted network from the tweak’s preferences pane. The developer calls this feature “Smart” because the tweak compares a network’s MAC Address, which is unique for every network, rather than its name or SSID. 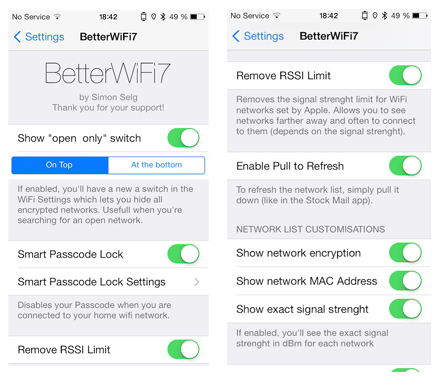 BetterWiFi7 is useful tweak and adds more functionality and information to your Wi-Fi preferences. BetterWiFi7 supports iOS 7 devices and if you want to give it a shot, you can purchase it from Cydia’s BigBoss repository for $1.50. Users who own BetterWiFi iOS 6 will get a 50 cents discount off BetterWiFi7’s price.

What do you think about BetterWiFi7? Let us know in the comments below.