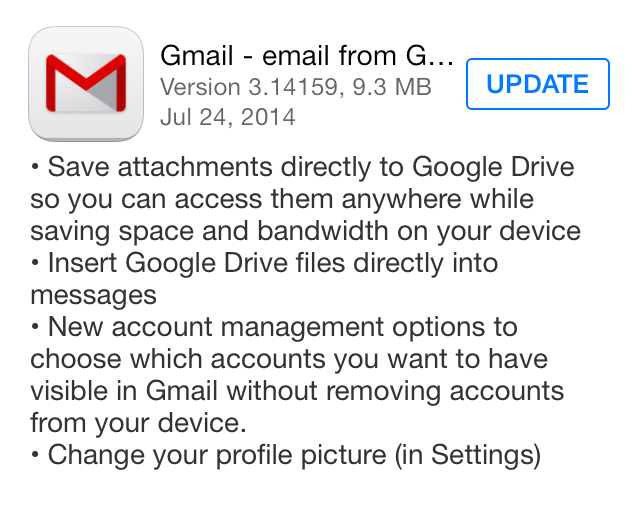 Google has released an update for its iOS Gmail app that adds support for saving attachments directly to Google Drive and inserting Google Drive files directly into email messages.

There are also new account management options for hiding accounts in the Gmail app without removing them altogether. Additionally, users can now change their profile picture in the app’s settings.

In theory, this sounds similar to Apple’s implementation of Mail Drop in OS X Yosemite, which allows users to attach and email large files via iCloud Drive. According to Apple, Mac users would view the file in-line like any other attachment, while everyone else would receive a link to the file in iCloud Drive.

The update should already be available on your device. You can download the official Gmail app in the App Store for free.