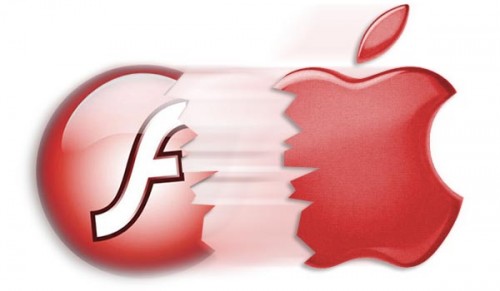 Users of Apple’s iPad, back when the device debuted in 2010, were used to seeing holes on websites in place of Adobe Flash content.

But not for long as those holes were getting plugged real fast – even more so after Steve Jobs penned his famous critique of Adobe’s proprietary runtime, titled ‘Thoughts on Flash’.

Though most web videos no longer require Flash, some websites and web applications continue to rely on Adobe’s technology for interactivity, animations and what not. From now on, it’s easier to identify Flash items in search results because Google Search now flags Flash content, saving you clicks…

A post over at the Official Google Webmaster Central blog acknowledges that iOS and Android platforms don’t support Flash:

Adobe Flash is not supported on iOS devices or on Android versions 4.1 and higher, and a page whose contents are mostly Flash may be noted like this:

Google says it will start clearly labeling Flash content in search results starting today. “If a page’s main contents (or solely) uses Flash that doesn’t work on many mobile devices, starting today we will note that in the snippets in our search results,” notes the firm.

This makes it easier to spot Flash websites that won’t work on your iPhone, iPod touch or iPad, saving you unnecessary clicks.

Google’s advice to webmasters: use HTML5, JavaScript and CSS, not Flash. As HTML5 is universally supported across various devices and platforms, Google argues that webmasters who still rely on deprecated technologies that don’t work on mobile devices should jump into the 21st century.