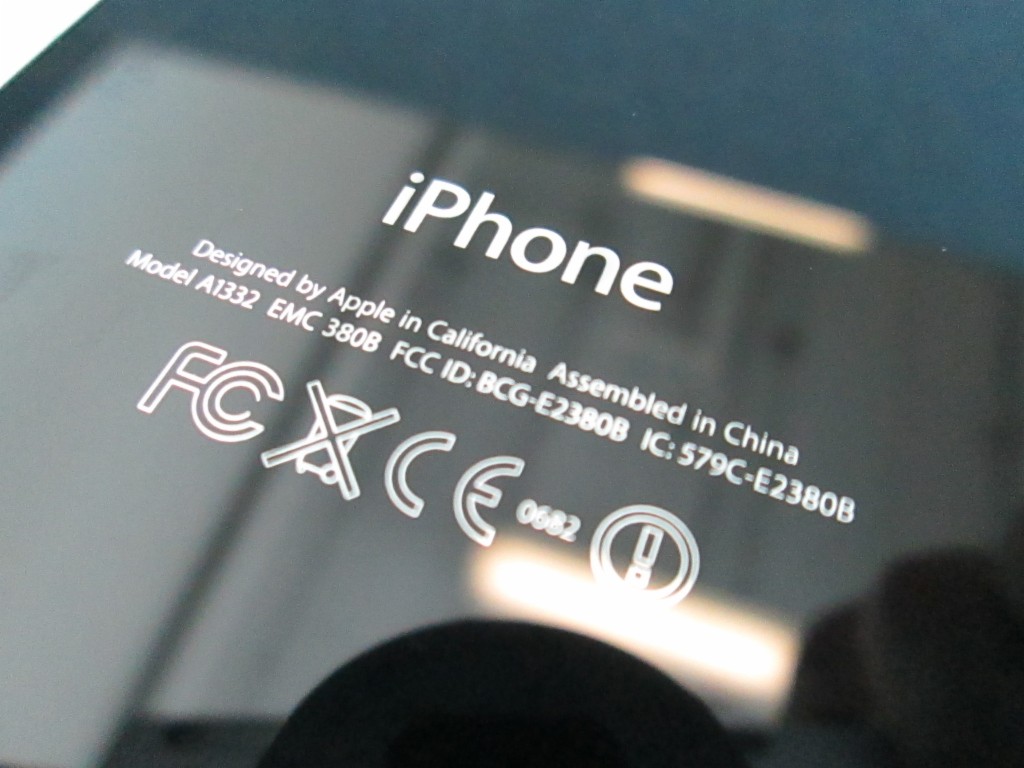 This is kind of interesting. The FCC’s Office of Engineering & Technology issued new labeling guidance on Friday, saying that manufacturers can do away with the awful FCC ID etchings found on the backs of iPhones and other devices with integral screens.

Until now, the FCC has asked that any equipment requiring FCC certification sport a nameplate or etched label listing its FCC ID and other info. But with devices getting smaller and more complex, it wanted to update the requirement for the digital age…

In many instances, it is not practically feasible or appropriate to place a permanent legible label on the device. Many consumer devices have very small surface areas for a label, or when etched on the surface, the labeling may cause damage or require very expensive techniques. In such instances, the rules permit the Commission to approve alternative means of displaying the required information.4 The rules already permit devices approved as software-defined radios and modular transmitters to display compliance information electronically through a display where available.5

So essentially, the FCC is saying that Apple may soon be able to remove those ugly hieroglyphs from the back of its iPhones and simply display the information in its iOS software somewhere. A likely spot would be in the General section of the stock Settings app.

According to the document, the FCC still requires that users be able to access the info in no more than three steps in a device’s menu. It also cannot require a special access code or hardware (such as a SIM card), and users must be instructed on how to find it.

Nebraska Senator (R) Deb Fischer applauded the FCC’s new guidelines, but suggested a bill was still needed to ensure adoption across the board. “As the sponsor of the bipartisan E-LABEL Act with Chairman Rockefeller, I welcome the FCC’s timely guidance.”

Of course there’s no word on when Apple intends to implement the change.