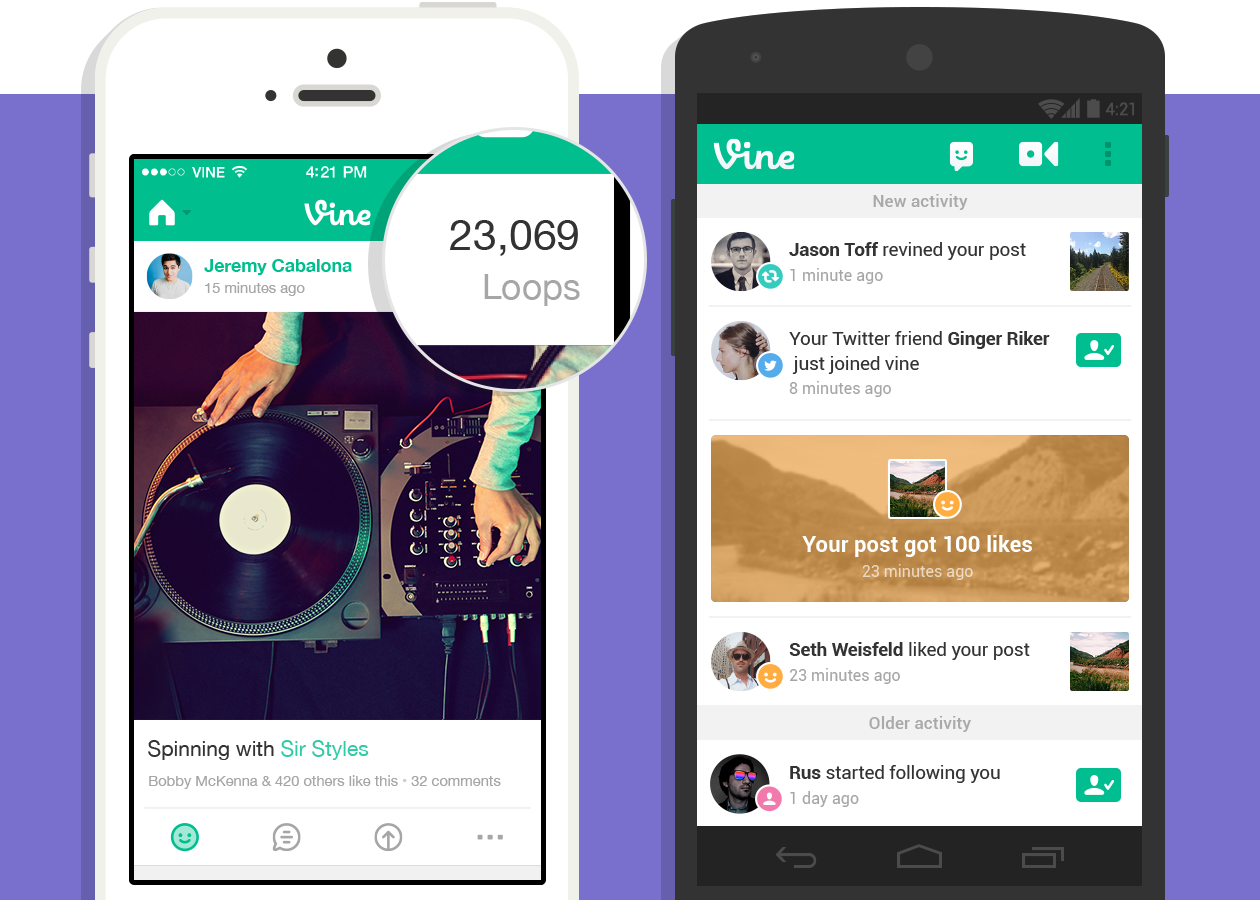 Today, Vine announced a cool new feature addition: Loop Counts. Now available in the just-updated Vine for iPhone version 2.1, Loop Counts indicate how many times people have looped a video, including on Vine and in embeds across the web.

Loop Counts is basically a view counter for your videos which allows you to get a feel of how popular and interesting a Vine may be. This is based on how many times people watch a Vine loop, as indicated in a Vine clip embedded below.

The number, which you can see in our mobile apps and on vine.co, updates in real time, so as you watch a video, you’ll know you’re watching with others at the same time.

Loop Count is found in the top right of each video and it updates in real time. Oh, and they’ve redesigned the Activity section around a bigger edge-to-edge videos and a cleaner view of likes and comments, in addition to the following:

Vine will now send you a notification when your videos surpass milestones like 25 or 100 likes, for example. And if a “+” sign next to the loop count on some Vines puzzles you, this is what it’s about:

We started tracking loop counts on April 3, 2014. For Vines created on or before this date, the number displayed only includes loops since then.

The “+” sign indicates that the actual loop count is likely higher, as there were probably additional loops before April 3rd.

More on Loop Counts can be read in Vine’s help doc.

A bunch of bug fixes and improvements are included in this Vine release, too.