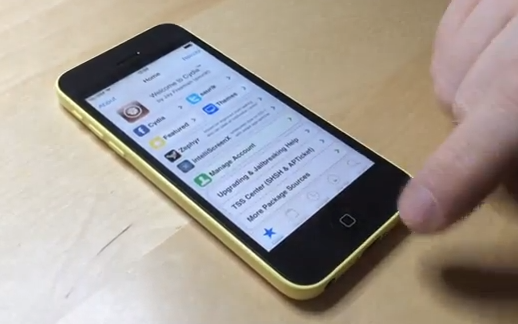 iOS developer iH8sn0w confirms that the just released iOS 7.1.1 untethered jailbreak burns through two exploits that could have potentially been used towards an iOS 8 jailbreak. I want to emphasize the word “potentially” in that sentence, because it is fully possible that Apple would have patched the vulnerabilities before the release of iOS 8 in the first place. But now, they most certainly will.

iH8sn0w says that the only exploits burned relate to code signing and the kernel, alongside the “syslogd chown” vulnerability that was already disclosed at the Black Hat hacking conference in August. Interestingly, the jailbreak also contains code that will make it compatible with iOS 7.1.2 once the software update is publicly released, which could be as early as this Friday…

.@rhcp011235 Only about two exploits (code sign and kernel) and the syslogd chown vuln being disclosed at blackhat in August.

The tweet almost gives off the impression that the iOS 7.1.1 untethered jailbreak could have burned through even more exploits, so there is some good news here. It is also refreshing that another jailbreak team has been able to step in and release a new tool, instead of the community placing all of the pressure on the evasi0n team to uncover new vulnerabilities.

The release of the iOS 7.1.1 untethered jailbreak just three months before iOS 8 is expected to be released has sparked an age-old debate about the timing of jailbreak releases. There are those that are happy that an iOS 7.1.1 jailbreak has been released, while others are disappointed that the exploits were wasted on a smaller point update instead of a major new version like iOS 8.

What do you think: should this jailbreak have waited?