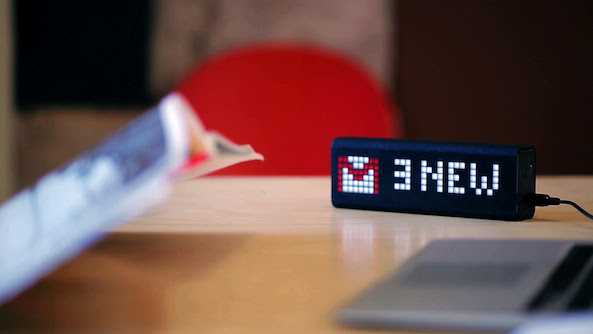 Smart Atoms has launched a Kickstarter campaign for an interesting new product called LaMetric, a real-time smart ticker that displays notifications and other metrics and even lets you respond to them. The customizable smart ticker is ideal for life at home and in the office, with multipurpose functionality and a sleek, modern design. Check it out… 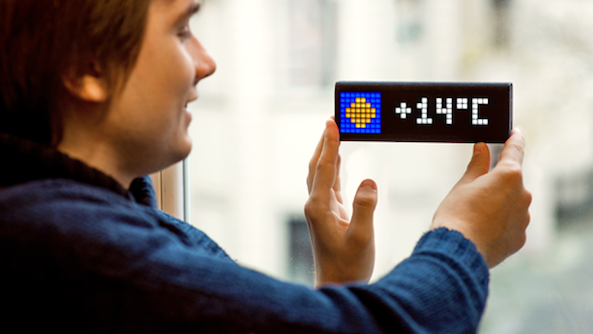 LaMetric displays metrics for a wide variety of items, ranging from stock prices and news to emails and social updates. The metrics are provided in the form of notifications, which can be replied to by tapping the top-middle button on LaMetric. For instance, you can reply to a Facebook notification or let people in a meeting know that you are running late.

The real-time display tracks several other metrics right out of the box, with a clock, weather, subject and time left before your next meeting, social network notifications, tasks and fitness goals, date ticker, stopwatch and countdown and more all part of what LaMetric can achieve. It even caters to athletes, with task and fitness goals and a programmable interval timer for CrossFit. 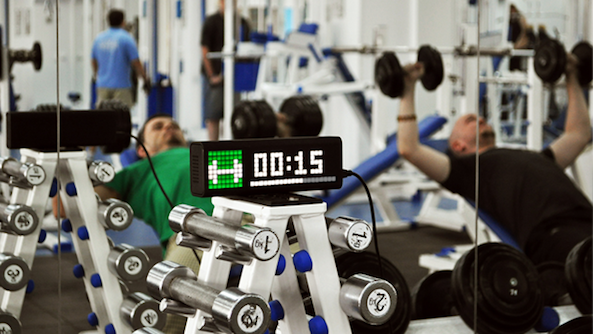 LaMetric takes automation one step further, allowing you to pair the stylish device with the online service IFTTT to know things like your favorite team scores, when your kid arrives at school or even when there is fresh snow at the local ski resort. In the home, in conjunction with WigWag and SmartThings, you can even know when your dog is out or you have a package arriving.

Smart Atoms advertises the LaMetric as a perfect tool for the office, with features like displaying Facebook likes, receiving money on PayPal, tracking website visitors, making conversions and other key business metrics. The company hopes that it will keep office teams motivated throughout the world, with different metrics serving as positive reinforcement.

LaMetric is also useful outside of the office, allowing you to know when your spouse leaves work so that you can have dinner ready on the table, and reminding you about upcoming birthdays and anniversaries. The device definitely sounds a little invasive on your private life, but it has fully customizable animations, sounds, scrolling text and icons. 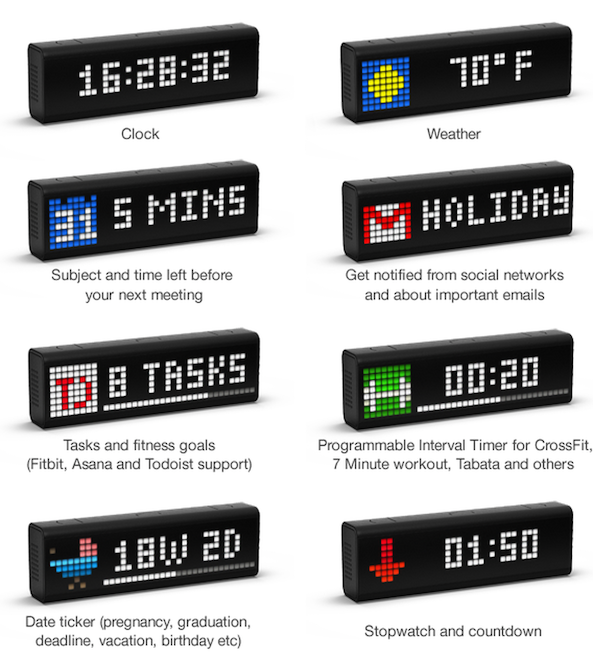 Smart Atoms was inspired by the Nike+ FuelBand in designing LaMetric, which is a rectangular box that has a stylish, modern design with pixelated icons and text. If nothing else, I’m a big fan of how LaMetric looks, which is quite incredible. The device is ideal for a counter, desk, wall or storefront, with a flashy appearance that is bound to attract some attention.

LaMetric will have a companion app available for iPhone with three customization widgets for helping connect anything to the device. LaMetric connects over Wi-Fi or Ethernet, and is offered in both wired or battery models. Smart Atoms is looking to raise $69,000 (all prices in USD) in funding to support production of the device, with the first batch of shipments expected in January 2015. 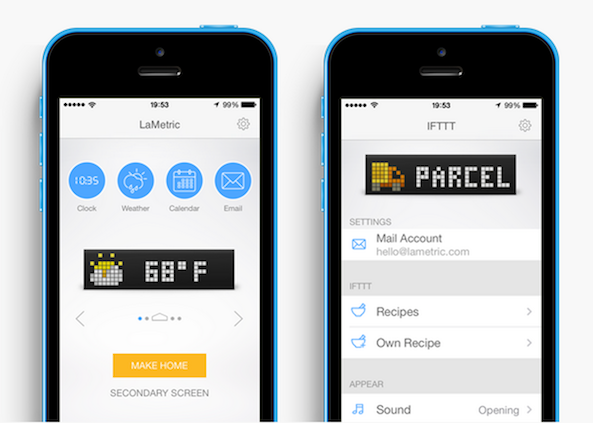 As it stands, Smart Atoms CEO Nazar Bilous and his team have currently raised close to $37,000 in the early days of the Kickstarter campaign. With over 40 days to go, LaMetric looks well on its ways to meeting the $69,000 goal and achieving success. Pledges run between $5 and $3000.

LaMetric is an interesting new product that, while it remains a concept, should eventually hit production for all the right reasons. In addition to simply being a cool device, LaMetric has useful functionality and has a beautiful design to go on top. There are simply not enough words to explain the device, so I recommend reading the official Kickstarter page for LaMetric.

It currently has an early bird price of $119 (plug-in model) and $139 (battery model) on Kickstarter.

Would you want a LaMetric on your desk?