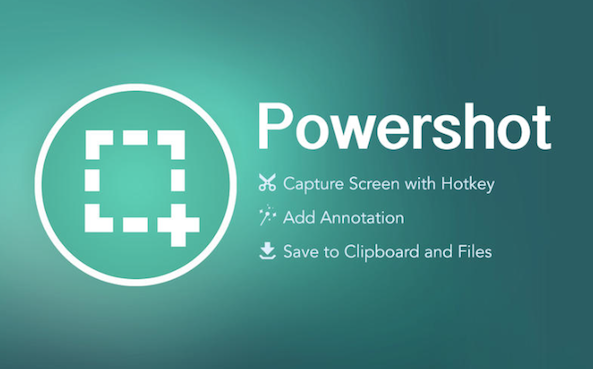 I take a lot of screenshots for a variety of purposes, often times for inclusion in a blog post or to simply show something quickly to someone. For that reason, I was interested in trying a new app called Powershot that I stumbled upon in the Mac App Store. The simple OS X utility allows you to annotate and markup screenshots systemwide, without the need to use third-party software. Read ahead for a closer look at how the app works…

For the longest time, I would take a screenshot on my Mac and open it in Preview or Photoshop to annotate it with arrows or text. But with Powershot, that two-step process is  no longer required. Simply open Powershot and press the screenshot hotkey on your keyboard, select the area of the screen you wish to capture, markup or annotate it right on the spot and save the screenshot to your clipboard or as a file.

The toolbar for Powershot functions as follows, from right to left: the green check mark saves the screenshot your clipboard, the red X closes the screenshot window, the down arrow saves the screenshot as a file, the half-filled rectangle is an eraser and the T is for adding a text box. Then there are buttons for arrows, lines, rounded squares and squares, plus a box for changing the color of annotations. They are red by default. 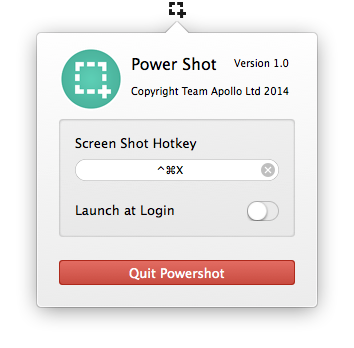 Powershot appears in the top menu bar on Mac for convenient access. From its drop-down menu, you can change the screenshot hotkey or toggle the utility to launch at login. If the feature is enabled, Powershot will automatically open when you first turn on your Mac. There is also a Quit Powershot button, but that rounds off the limited options for the app.

Overall, Powershot is an affordable and convenient option for marking up and annotating screenshots. It does not get in the way of your desktop and can be activated with a hotkey only when needed. But at the same time, the utility has some downsides. The annotation options are not the best; for instance, the size or choice of font cannot be changed and neither can the thickness of lines, arrows or boxes.

The screenshot tool also had buggy performance at times. I happen to be streaming the Stanley Cup Finals through Chrome, and activating Powershot caused the stream to freeze every time. I’m pretty sure my mid-2012 Retina MacBook Pro is powerful enough to handle both tasks at once, so I’m going to assume it was the utility that caused this problem.

If you are looking for a quick and simple solution for annotating the odd screenshot or two, then Powershot is probably worth it for you. But if you are what I like to call a “screenshot power user” like myself, you might want to look for alternatives. For me, I’ll probably keep using Preview for now. Powershot will set you back 99 cents on the Mac App Store for OS X 10.9 or later.