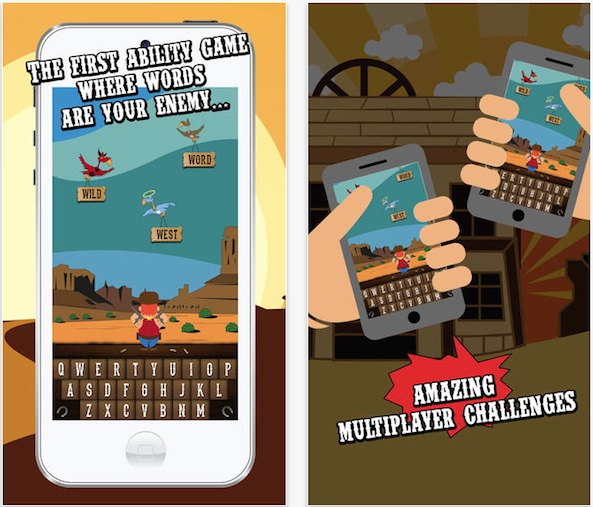 I know it sounds like a learning game, but we are not talking about Westward Ho, here. This game isn’t what you would call “educational.” We are talking about an arcade shooter game that just happens to involve typing.

WWWest! Head Quiz Word & Challenge Flap (I know, odd name) is a speed typing game where players must tap out words as fast as possible in order to shoot down the signs. You’ll be spelling out 10-letter words before you can say lightsaber…

The goal of the game is to shoot down signs that drop from the sky, which are carried by dangerous looking condors. To shoot a sign, type the word on the in-app keyboard. Words start out small with only two letters on the first level. However, things heat up pretty fast as words get longer and drop faster as you progress. If you type the wrong letter, you must start over. Mistakes will cost you precious seconds. 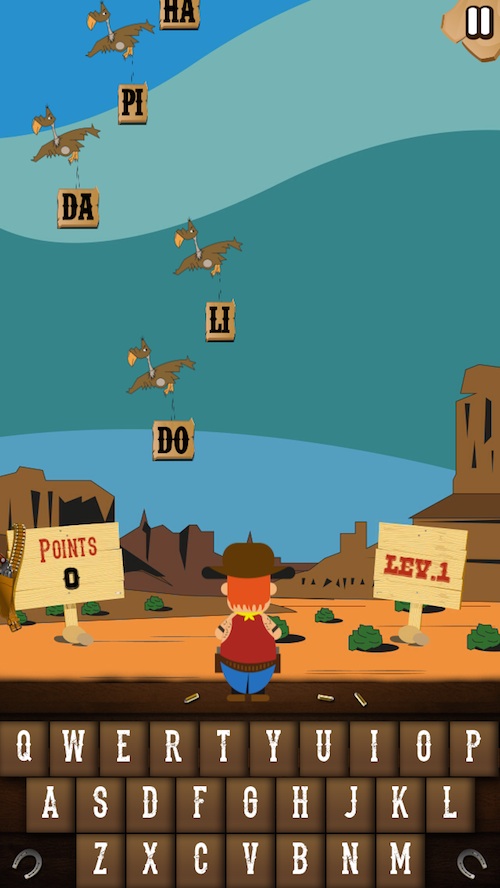 As the menacing desert birds hover overhead, Players type out the word on the sign. Words start out as small as “an” or “me,” and sometimes aren’t even words at all, like “ia” or “te.” Move on to level two to shoot down three letter words, push your skills to the limit with four letter words, and so on.

At the same time you are typing away at word and letter combinations, you can pick up special bonuses. Whenever a condor egg appears on the screen, tap it numerous times to reveal a bonus condor. When the egg breaks, you will either release an evil or angelic condor.

The evil condor will be holding a big word that you must type before it flies away. If you miss the evil condor, you’ll be afflicted with “Malus,” which is basically the opposite of a bonus item. Things like Robbery, which takes away points, Gallop, which increases the drop speed of the signs, and Confuse, which mixes up the keyboard, will throw a real challenge into your game. 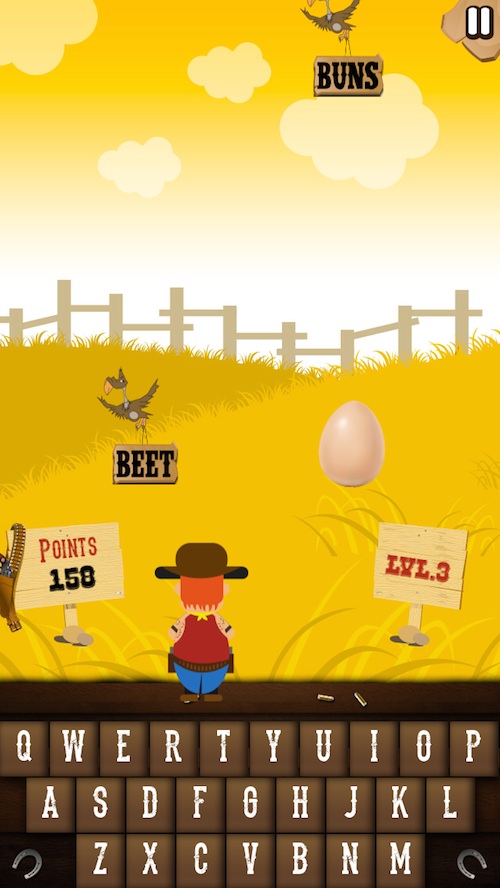 If the angelic condor gets away before you type the word it is holding, nothing bad will happen. However, if you do manage to get the angelic bird’s word in time, you will unlock a special bonus item. Bonuses include double points, slower sign drops, short letter words, and more.

The game uses a QWERTY keyboard, the same as the default keyboard on iOS. However, the keys are just a bit smaller than Apple’s touchscreen keys. So, you will really get some good typing practice in. Before you know it, you’ll be competing with teenage girls for the Guinness Book of World Records title for fastest texting.

WWWest! Head Quiz Word & Challenge Flap costs $0.99 on the iPhone and iPod touch. Download it in the App Store today.