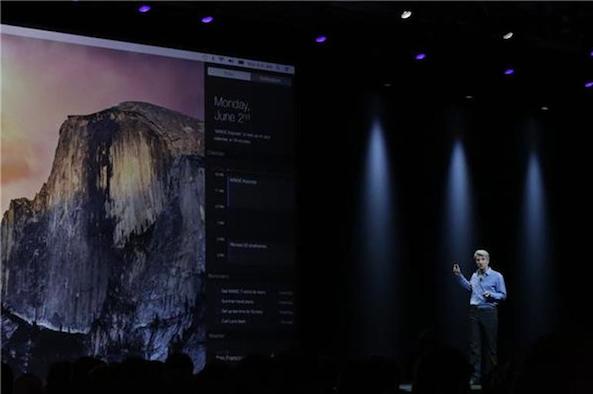 Today was the seventh consecutive WWDC keynote that I have watched, and it easily ranks as one of my personal favorites. It might seem surprising that I feel that way, especially considering that there were no new shiny iPhones or Macs announced like there once was, but the nearly two-hour episode captured my attention for so many other reasons.

It started with the charismatic Craig Federighi, the humorous Apple executive that seemingly came out of nowhere and has become an instant hit over the past few presentations. It was not only his humor that was refreshing, but also his confidence. In fact, the entire team of Apple executives that appeared on stage this afternoon were equally confident…

Jim Dalrymple at The Loop puts it best:

Let’s face it, most presentations we see are dry, boring affairs that we can’t wait to be over, so we can run out of the room. Apple’s keynotes have never really been like that—although there has been the odd exception—but today’s seemed even more jovial than previous keynotes in recent memory.

When I thought more about what would make them so happy, I came up with one answer: confidence. They knew that what was being delivered to consumers and developers was so good, they had every reason to be confident and therefore happy.

The late Apple co-founder Steve Jobs was iconic for showing “one more thing” at keynotes, but the company proved today that it didn’t need that extra flare to impress. The two software updates that it announced at Moscone West this afternoon in iOS 8 and OS X Yosemite were equally impressive, ushering in an array of new features for iPhone and Mac users alike.

While the iOS 7 software update was a more polarizing release within the Apple community, I think several users have come to appreciate the refinements that the company has made in iOS 8 and OS X Yosemite. The wait until the Fall for users without access to the beta versions will likely seem like a long one, as a result, but it will certainly be worth it in the end.

What did you think of the WWDC keynote?