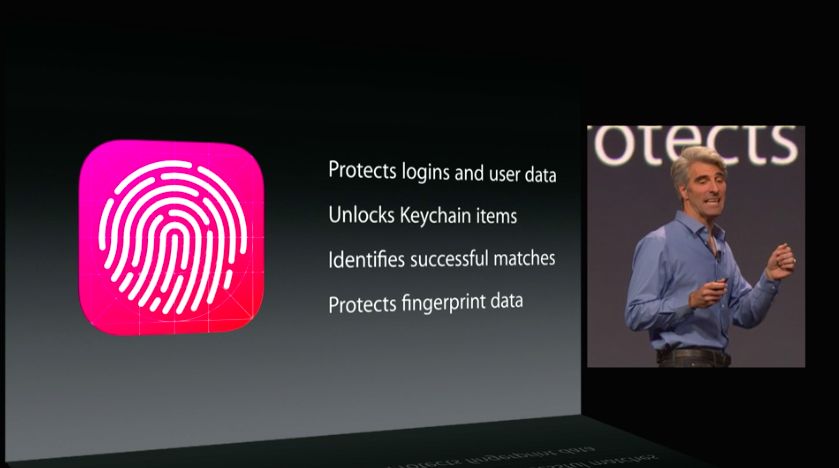 Apple has announced that it is opening up its Touch ID fingerprint sensor to third-party developers. Reportedly years in the making, the all-new Touch ID API is available to registered iOS developers, making it easy to integrate Apple’s seamless fingerprint reading functionality into their apps without compromising Touch ID’s strong security…

The Touch ID API protects logins and user data by tapping the Secure Enclave on Apple’s A7 processor, which protects data and isolates it from the rest of the system.

Like with the iPhone 5s’s fingerprint sensing, your prints used in third-party apps never leave your device, are never synchronized with the cloud and – most importantly – developers never get to access your fingerprint data stored inside the Secure Enclave.

Developers of apps like 1Password, PayPal, eBay and more will be able to use the Touch ID API to protect logins and user data (good-bye, passwords).

Upon identifying a successful match, the API then unlocks related Keychain items. All the app knows is that there was a successful fingerprint match, nothing more.