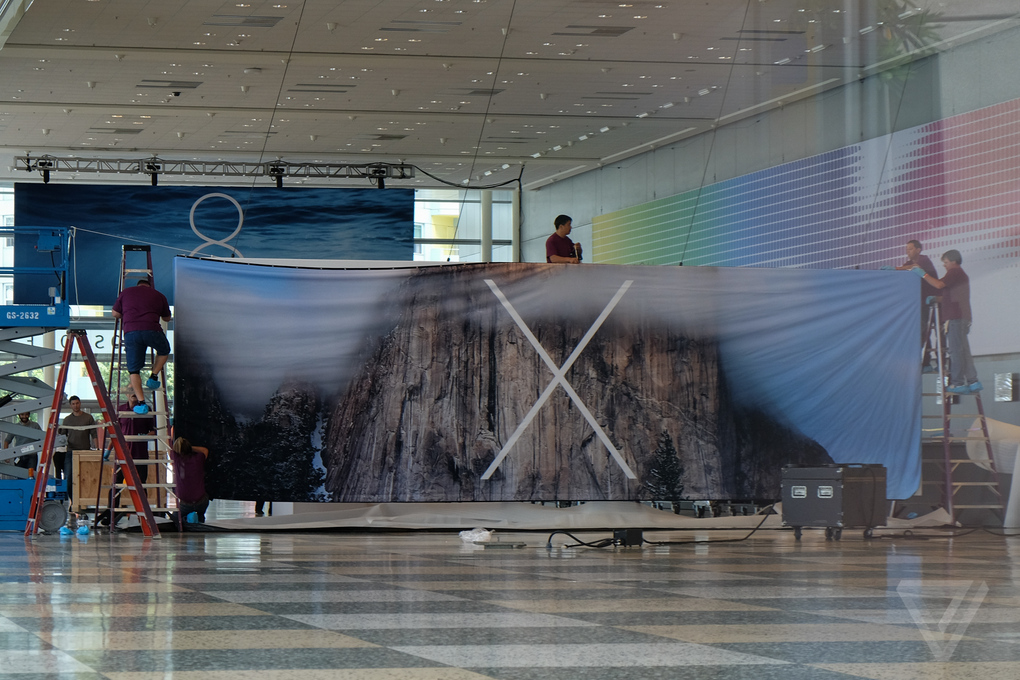 Apple is continuing to decorate the Moscone Center this afternoon ahead of next week’s Worldwide Developers Conference. Earlier today we saw water-covered banners go up for iOS 8, and now we have an image of the inaugural OS X 10.10 banner.

As you can see in the image above, the sign consists of a large X in front of a mountainous background. It’s believed this is actually the ‘El Capitan’ rock formation in Yosemite national park, which would suggest Apple is calling the 10.10 update ‘Yosemite.’

Of course, we’ve known since April that Apple was going to be talking about the next version of OS X at WWDC, but this is the first time we’ve seen any indication of what it’ll be called. And it just so happens, Apple has filed for a Yosemite trademark.

Given that last year’s OS X Mavericks only introduced minor changes, OS X 10.10 is expected be a significant update. Recent reports claim the OS will receive an iOS 7-type makeover, and the task is so big that iOS engineers have been called upon to help.

WWDC kicks off on Monday, June 2 at 10 AM PST with Apple’s keynote. We’ve already confirmed that there will be a live stream of the event, but we will of course still be providing full coverage of all of the announcements and other additional commentary.

Top image via The Verge