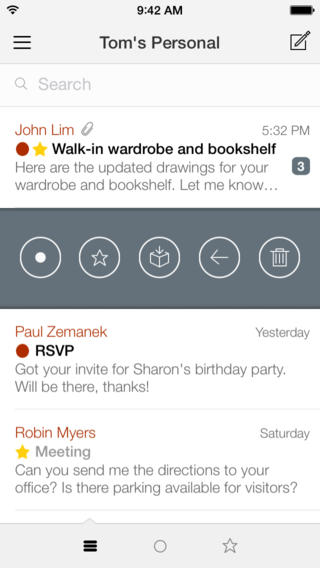 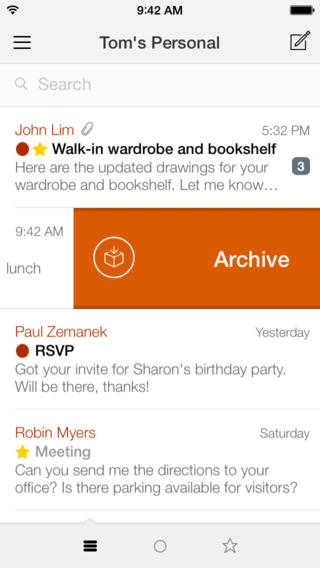 There’s certainly no shortage of email clients on iOS. Which reminds me, there used to be a time not that long ago when Apple wouldn’t allow third-party email clients on iOS. Silly rules, eh? Dispatch, one of the most efficient iOS email apps, strives to make you more productive by making it easy to get rid of emails by swiping, respond faster with snippets, process emails with other task-based apps and more – all in the name of achieving the inbox zero nirvana.

Our own Lory Gil who reviewed Dispatch last August came away impressed with a robust set of email management capabilities and an accessible, easy-to-grasp interface. Today, Dispatch developers have brought the app to version 2.0. It’s a pretty substantial update offering not only a brand new icon and a refreshed look, but a whole host of useful features which strive to boost your productivity even more…

Headline updates include all-new support for mailbox folders, sorting with oldest emails first, an Unsubscribe triaging action to quickly unsubscribe from mailing list and newsletters and triage dates, phone numbers and links in the subject field.

Let’s not forget phishing detection which warns you before opening spam messages that pretend to be from a legitimate sender. I also love that I can now delete email addresses from the auto-complete recipient list.

Previously, if you misspelled an email address, Dispatch would remember and offer it as a suggestion, which was very annoying.

By the way, Apple still does not offer a way to delete an email address from Mail’s auto-complete list, at least not that I know of. 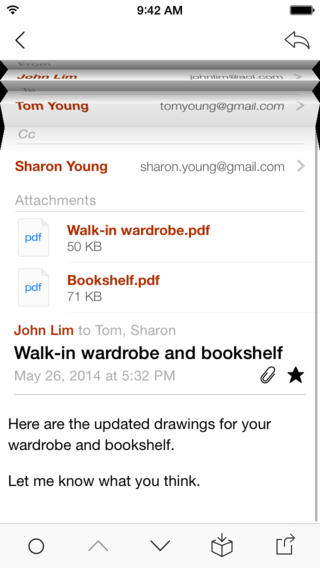 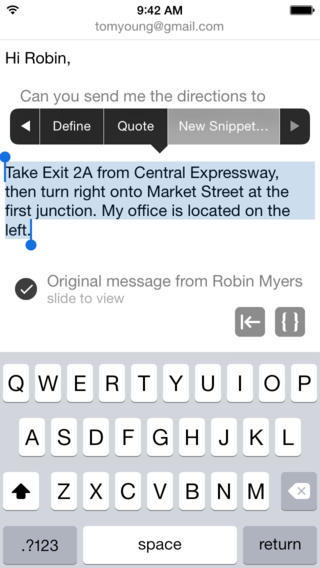 There’s a new Actioned flag indicating emails that have been triaged, in addition to Replied and Forwarded flags. You can now easily add  a link to your Reading List triaging action and insert Photo action in the composer.

Your local drafts for all accounts can now be accessed from within Unified Inbox. And if you’re a fan of Launch Center Pro, you can now use x-callback-url support for /compose URL scheme.

In addition to the above, Dispatch 2.0 includes the following long list refinements and bug fixes.

• Searching and auto-completing of recipients is now a lot more relevant
• Reduced memory footprint and a speedier Dispatch, especially if you’ve loads of contacts in your address book
• Tapping on Archive/Delete/Spam button when reading a mail now shows options to Archive/Delete/Spam/Move without requiring a long press. It’s one more tap to your default action, but also a lot easier (and less obscure) to get to other options
• Navigation bar buttons are now larger and in line with iOS system navigation buttons size
• Abandoned and leaked memory when triaging
• Abandoned memory when reading mails with remote images
• When triaging a date or time, related date or time is not parsed together
• Asana: logging in with Google Apps fail to complete authorization the first time round
• Unable to tap on status bar to scroll to top when reading mails from search result
• Line breaks in subject
• Visual glitches in navigation bar when bottom error bar appears
• Crash when selecting mailbox in Settings > Accounts > [Account] if it is currently ‘Not configured
• Crash on launch in certain scenario (thanks Geert Poels)
• ‘View Source’ activity cannot be disabled
• Tapping on multiple attachments while they’re still loading ends up locking the UI
• Keyboard navigation issues when adding an account for the first time
• Archiving an email with the same message-id that was received in multiple mailboxes ends up clearing every cell with that message

I love even better smart apps that free me up from having to waste my time sorting through my emails. Dispatch is one of the first apps that implemented iOS 7 technologies immediately after Apple released its major mobile operating system upgrade for public consumption. 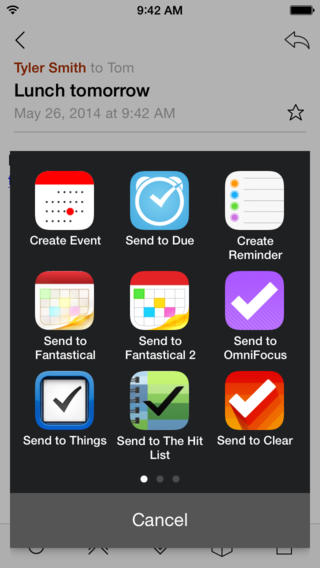 It does Background App Refresh, has advanced search, supports inline images attachments from the iOS Camera Roll, lets you define custom salutations, supports email aliases and integrates with TextExpander and Mail/Sparrow on the Mac.

Smart apps come at smart prices – Dispatch is $4.99 in the App Store.

The sum will buy you a lightweight yet powerful app which runs fine on any iPhone or iPod touch, as long as it supports iOS 7.0 or later.

Unfortunately, Dispatch doesn’t run natively on the iPad, though I’m pretty sure it’ll be a sight to behold once developers implement the iPad UI.

See also: the best email apps for the iPhone and the ultimate iOS 7 Mail guide.

You could also take Dropbox-owned, free of charge Mailbox for a spin (coming soon to a Mac near you) or check out Evomail, another great gesture-based iOS email client which supports Gmail, Yahoo, iCloud and IMAP accounts.