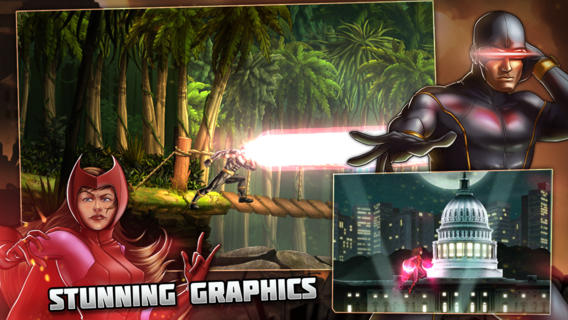 As promised back in March, Glitchsoft has released its highly anticipated title Uncanny X-Men: Days of Future Past. The game is a tie-in to the upcoming Marvel movie of the same name, and is now available for download on your iPhone or iPad.

The game is of the 2D side-scrolling variety, and allows X-Men fans to participate in the ‘Days of Future Past’ story arc for the first time. It’s combat-focused, fast-based, and looks great thanks to Glitchsoft’s proprietary ‘Helios Game Engine’ tech… 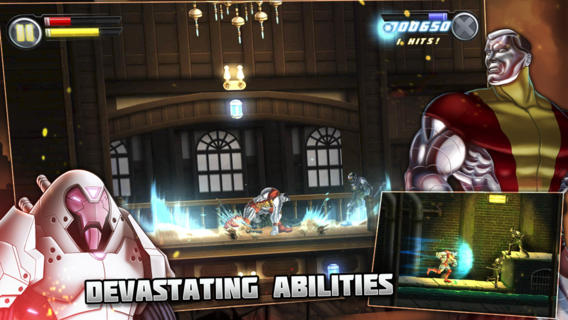 Here’s some background on the game’s story:

The world around you is in ruins. Sentinel robots have enslaved most of the United States and are set to stage a global war. The X-Men have failed; the few who survived this nightmarish future are imprisoned in Mutant Internment camps. But all is not lost, the battle for the future can be fought in the past. With one chance to re-write history, The X-Men must stop this war by preventing the assassination of Senator Kelly.

Recreate one of the most iconic stories from the X-Men universe, based on John Byrne and Chris Claremont’s original comics and expanded to tell the whole story behind the nightmare that is the Sentinel Uprising. Journey through a post-apocalyptic New York City, Washington D.C., Savage Lands, Asteroid M and more.

And here are a few of the game’s top features:

I for one am excited to see Marvel go a different route this time, rather than pairing with Gameloft to create the usual hack-and-slash tie-in title. Uncanny X-Men: Days of Future Past looks worth checking out, and again it’s in the App Store for $3.