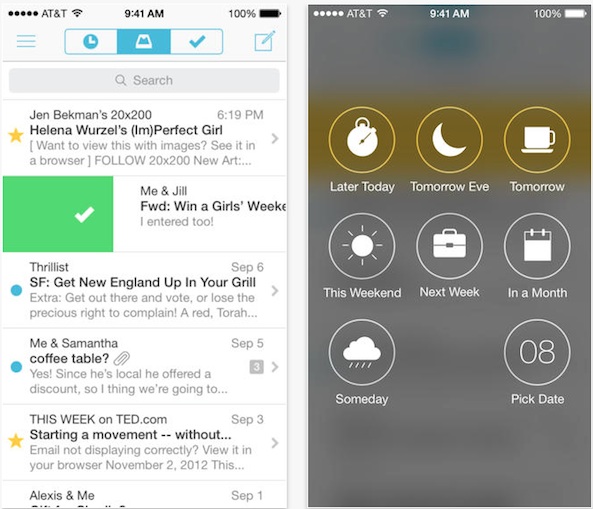 Introduced last month as an open-sourced solution for cross-platform app-to-app linking, App Links lets developers control what happens when users click on their content in mobile to send them easily out of their app and directly into another.

Dropbox was listed as an App Links launch partner and today’s update enables this feature while squashing some bugs. The update is now live in the App Store…

The team says App Links support allows Dropbox customers to “interact with your emailed links right in the apps you already use and love” instead of their web-based counterparts.

The new Mailbox 2.0.2 also fixes an issue with replying and forwarding to messages on your iPad and includes “other bug fixes.”

The app was recently refreshed with the Auto-swipe feature and cross-device syncing of in-app preferences via Dropbox. The software is now available on Android devices and is coming soon to a Mac near you.

Publishing App Link metadata is as simple as adding a few lines to the tag in the HTML for your content.

Apps that link to your content can then use this metadata to deep-link into your app, take users to an app store to download the app, or take them directly to the web to view the content.

The iPhone and iPad app require iOS 7.0 or later.