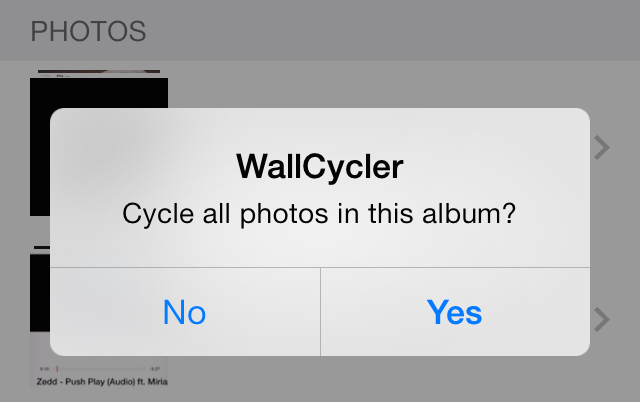 WallCycler is a new jailbreak tweak that recently appeared on Ryan Petrich’s beta repo. It’s a tweak that allows you to cycle wallpaper each time you unlock your device, or cycle manually using an Activator gesture.

There is no preference panel for WallCycler, but the tweak can be enabled by visiting Settings > Wallpaper & Brightness > Choose Wallpaper, and selecting an album. After doing so, you’ll receive a pop-up box asking you if you’d like to cycle the photos in the chosen album.

We’ve take WallCycler for a spin on video. Have a look at our demonstration after the jump.

WallCycler will cycle through each photo from the album after locking and unlocking the device. If you’d prefer to have manual control over the wallpaper, you can assign an Activator gesture to a cycle-wallpaper action to force the background to change on your command. 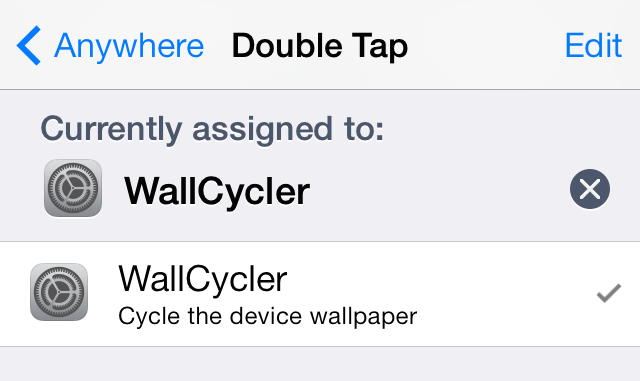 I really like WallCycler and think it’s a good candidate for the default Cydia repos. It’s easy to setup, intuitive, and best of all, it works exactly as described. If you’d like to try WallCycler, then add Ryan’s beta repo to your Cydia sources. His repo is as follows: http://rpetri.ch/repo/

If you decide to take WallCycler for a spin, then sound off with your observations, thoughts and suggestions down below in the comments section.