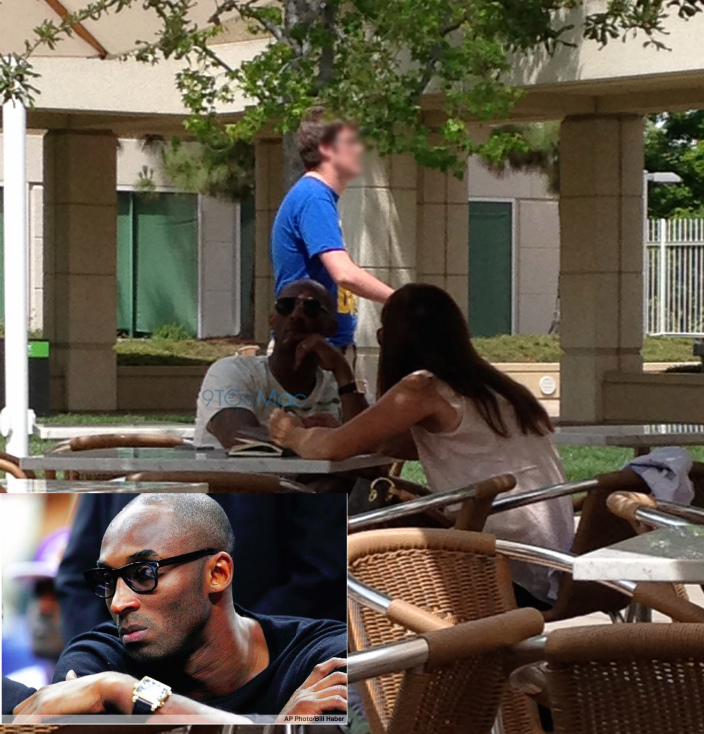 As reported by Seth Weintraub who runs 9to5 blogs, word on the street is that the alleged meeting between Bryant and Ive “centered around upcoming products”.

The author did not explain how Bryant’s basketball talent could help Apple develop new products. It’s entirely possible that Apple is taking a page from Samsung’s marketing book and looking to cut an endorsement deal with celebrity athletes such as Bryant.

And which Apple products could Bryant possibly endorse?

A rumored iWatch is a viable possibility here.

Bryant in March 2013 signed an endorsement deal with Hublot, a watch brand based in Switzerland and part of the LVMH luxury group.

It’s interesting that Hublot recently accused Apple of poaching its talent. Bryant also has an endorsement deal with Lenovo and Nike, the latter being his biggest endorsement deal. Another connection: Apple CEO Tim Cook sits on Nike’s board of director.

More food for thought: Nike recently announced plans to shutter its wearable-hardware efforts and is said to be partnering with Apple on a fitness band that would control other devices via gestures.

In addition to Bryant, Apple is suspected of another puzzling celebrity deal that would see the firm buy Beats Electronics, LCC and install Dr. Dre and Jimmy Iovine as its executives.

Draw your own conclusions…

Maybe Kobe will go out on stage with Apple executives later this year to help promote iWatch?