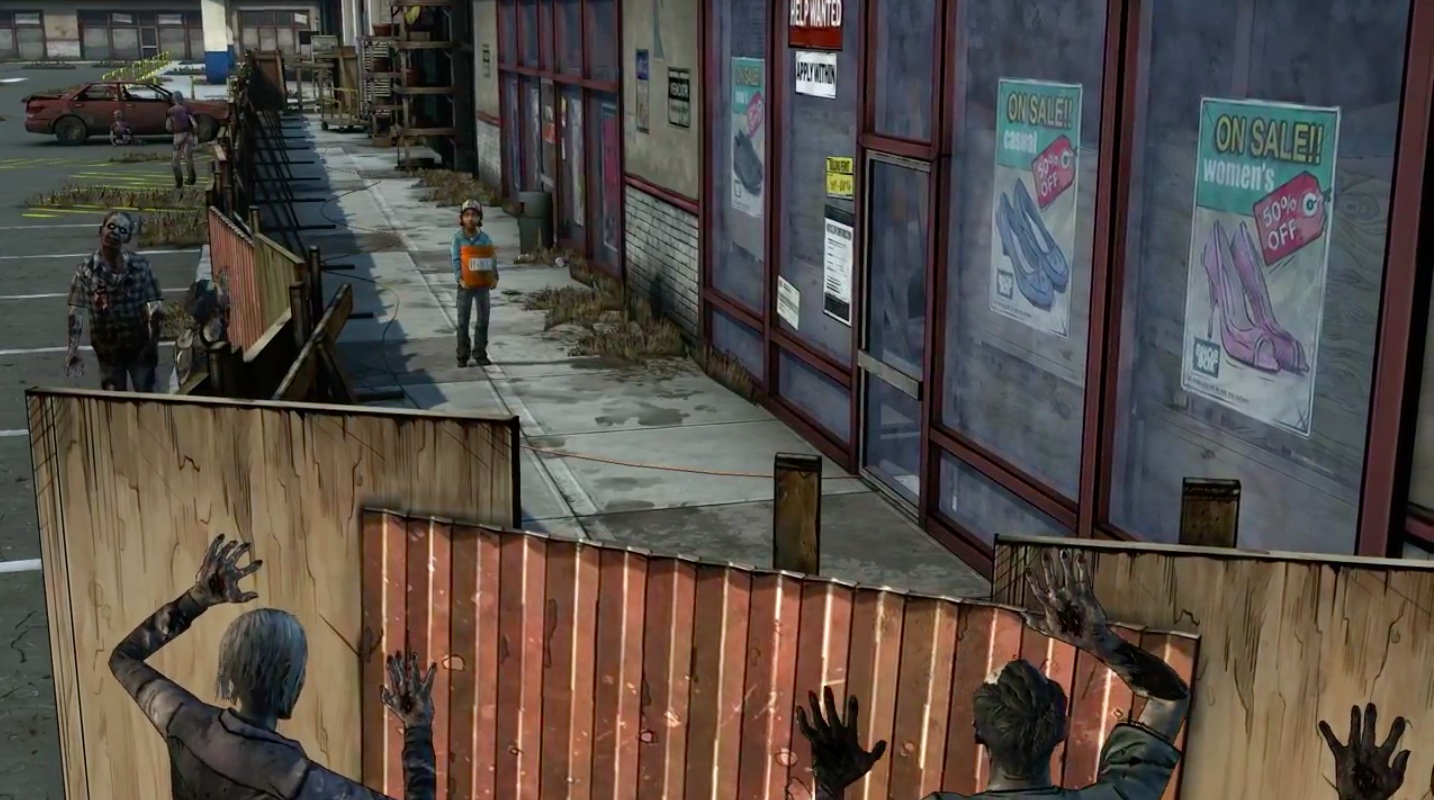 Walking Dead fans, listen up: developer Telltale Games has confirmed that the third episode of its sequel to the App Store’s 2012 Game of the Year is coming to an iPhone and iPad near you next Thursday, May 15.

The next chapter in the Walking Dead series, entitled ‘In Harm’s Way,’ will also be releasing for Mac and Windows PCs and the PlayStation 3 console owners in North America next Tuesday, May 13, 2014.

Xbox 360 fans and PlayStation 3 owners in Europe will be able to enjoy Walking Dead: The Game – Season 2 Episode 3 the following day, on May 14…

According to IGN, the surviving characters from previous episodes will remain a part of the story, including those from The Walking Dead: 400 Days.

Here’s t debut trailer for the game from the official Xbox channel on YouTube.

This time around, Clementine and her group are captured by a brutally violent new leader and you’ll need to make some“hard-hitting decisions” in order to escape and survive.

The game is available to download on Xbox Live now.

Two further episodes in the episodic series – entitled ‘Amid the Ruins’ and ‘No Going Back’ – will become available over the course of the coming months.

Episode 2 – entitled ‘All That Remains’ and based on the popular Fables comic book series – launched on iOS last December.

Walking Dead: The Game – Season 2 is available in the App Store, costing $4.99 for the universal iPhone and iPad app.

Content from the first episode is included in the 532MB download, but Episode 2 must be unlocked via a one-time $4.99 In-App Purchase.

Episode 3, along with the remaining two episodes, will release as a $4.99 In-App Purchase each. Telltale is offering a one-time $14.99 season pass to those eager to gain access to all five episodes at a 25 percent discount.

Yours truly is not a huge fan of Walking Dead, but I’ll be sure keeping a close eye on Telltale’s upcoming game based on HBO’s award-winning television show Game of Thrones.