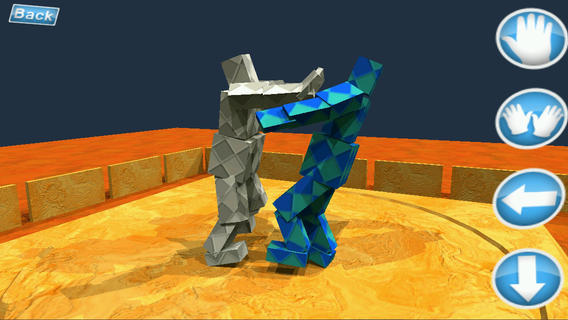 Sumo wrestling dates back hundreds of years and is a revered tradition in Japanese culture. The goal is to push your rival out of the ring, or force him to touch the ground with something other than his feet. It shows off a wrestler’s strength and dexterity against his opponent.

Sumotori Dreams takes all the tradition and reverence out of Sumo wrestling. What is left is a pretty hilarious ragdoll simulation that will give you the giggles for the rest of the day…

Just like in a real Sumo match, players start by placing their hands on the ground. Press the down arrow to show you are ready. When both players are ready, the match will start. The goal is to knock over your opponent. Since the boxy characters are about as nimble as a drunken mule, it won’t take much to knock your opponent down, or get knocked down yourself. 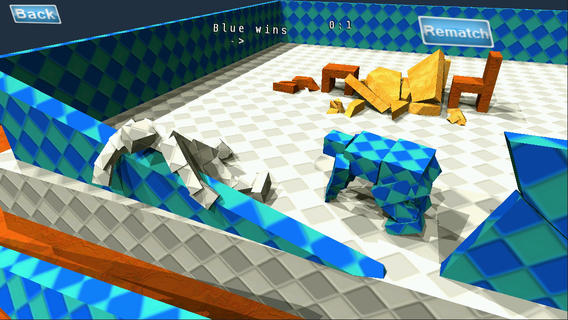 There are four movement arrows, forward, squat, rotate left, and rotate right. Additionally, there are two attack buttons, one-handed push and two-handed push. However, controls really don’t matter all that much since the fighters can barely stand up on their own without being pushed.

Similar to games like Surgeon Simulator and Goat Simulator, this game is not intended to be realistic in any way. Instead, the joy is in watching the blocky fighters trip over themselves, struggle to walk, and kick around like turtles on their backs when they fall over.

Even after the match is over, you can watch the wrestlers pathetically attempt to get back up and bow to each other. The after game antics are actually more entertaining than the match itself.

The game has three modes, one player against a computer-generated opponent, player versus player tabletop style, and AI versus AI, which is actually my favorite mode. I love watching the wrestlers shove and fall and wriggle around. It is almost cathartic, like watching fish swim. Only, I get all giggly instead of relaxed. 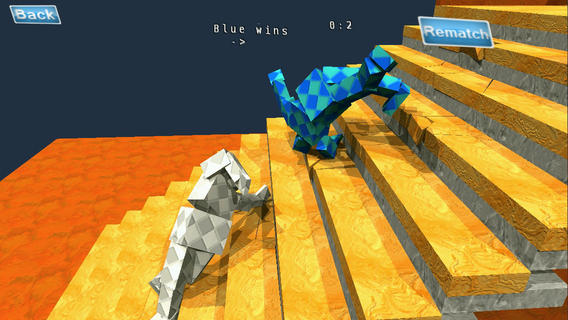 There are six different maps, each with a hilarious obstacle for the wrestlers to fall over. For example, in the Kitchen Party, fighters don’t even get a chance to touch each other because they always end up tripping over the dinner table, which breaks into a hundred pieces the very moment one of them touches it. Hilarity ensues.

The PC version of this game already has a big following. One of the most requested features in a future update is the ability to play with up to four Sumos in the ring at the same time. Hopefully, the developers are working on this feature because I know I could spend hours watching four of these dudes stumble around.

Sumotori Dreams costs $0.99 and it is worth the price of admission just to watch what happens. The game is available on the iPhone, iPad, and iPod touch for $0.99. Download it in the App Store today.

Are you a fan of Sumotori Dreams? Will you be grabbing the iOS version?